Stepping Up to Fight Homelessness in L.A. County 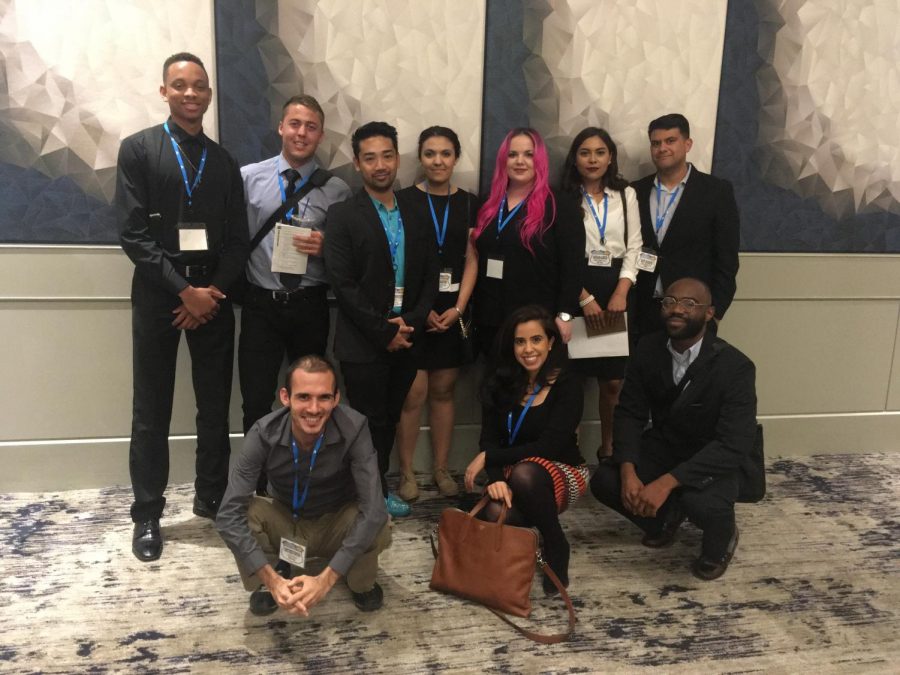 El Vaquero staff pose for a photo with the paper's adviser (bottom center) at the Society of Professional Journalists event in Universal City, April 28.

Close to 60,000 people are homeless in Los Angeles County, a jump of 11,000 in just about a year-long period, according to official records.

“It’s easy to absolve ourselves of responsibility after voters passed Measure H to help the homeless,” said Rory Cohen, GCC’s journalism instructor. “However, Measure H has collected funding that has not yet been properly dispersed. People living on the streets can’t wait. Sometimes, government isn’t the answer or is only part of the solution. We really need to do better as a society.”

There is no denying that homelessness is an emergency-like dilemma for state and local government, and yet, despite taxing the public, there are no signs that  the county is appropriately tackling the issue.

Union Rescue Mission, which is one of the largest privately funded homeless shelters in the U.S., is organizing a walk on June 2 and a fundraiser.

El Vaquero students decided that they will participate in the walk and fundraiser to make a difference. As of May 15, El Vaquero, led by journalism adviser Rory Cohen, has raised $1,297.

Together, the group hopes to raise a total of $1,500 and join volunteering efforts.

Union Rescue Mission is currently working to build a third facility for women and children in South L.A.

“I have taught students at GCC who have suffered from homelessness,” said Cohen. “Not every homeless person is mentally ill. Those that are need help and rehabilitation.”

Go to http://bit.ly/HelpElVaq to help students with El Vaquero reach their goal.