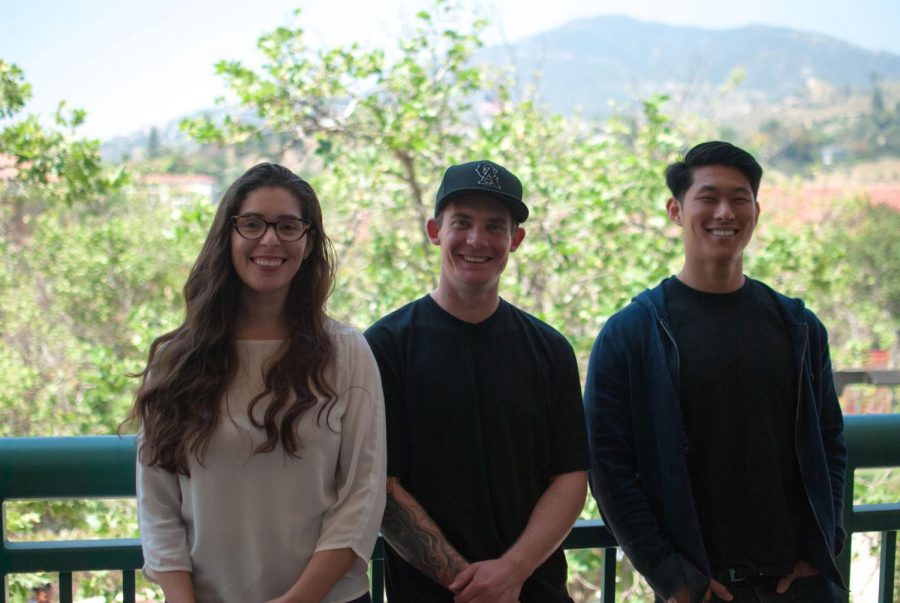 Mistakes have their consequences. When someone breaks the law, they face a chance of serving time in jail or prison. However, nobody expects to lose their humanity when they get sentenced.

They are a two-man club and they are looking for more members, despite being unable to identify other students in a similar situation. Yet there are many other students who have been in trouble with the law and seek a better future, they said.

With help from Ziza Delgado, an adjunct instructor of ethnic studies,  Leach has organized a restorative program with that helps to assists formerly incarcerated people get readjusted back into the education system. They are following similar programs from schools like Cal State Poly  Pomona and UC Berkeley, to get help.

The purpose, Leach explained, is “to create a safe place for people like us to discuss our issues, the obstacles we face in education because of our past.”

Leach and Moon are working on setting up an event with formerly incarcerated celebrities, like actor Danny Trejo, in order to get these students motivated to come forward.

Leach grew up dealing with the divorce of his parents around the same time his mother was diagnosed with breast cancer.

At age 14, he started using meth. His addiction to drugs and narcotics led to him getting caught up with the wrong crowd. Leach would steal and break into cars to support a habit. From age 14 to 27 Leach was either homeless or incarcerated in a county jail.

When he turned 27, Leach felt sick, and with little recourse available to him he reached out to his father. His father took him in. Later, after a visit to a doctor, Leach was diagnosed with a life-threatening disease that he did not specify. This was a wake-up call for him. Four years after his diagnosis, he took his father’s advice and returned to school at Glendale Community College.

Glendale College has been very supportive to Leach and Moon. Faculty members, like student services technician Nane Kakosian as well as Hoover Zariani, the senior student services program manager at the Multicultural & Community Engagement Center, “have our back” said Leach.

Having faculty in SII’s corner helps to give the members the confidence to reach out and find more people who are in the same shoes.

Moon has even come out about his controversial past with two of his instructors. Kim Foong-Chong, a calculus professor, wrote him a letter of recommendation despite his past, because, as he explained, the instructor understood he’s a changed man. Moon has been accepted to UC Berkeley.

Moon was facing a life sentence for attempted murder. He was hanging out with members of his gang and members from another gang they were friendly with. They were waiting to “jump,” or give a surprise beating, to members of a rival gang.

When Moon had a rival member pinned on the floor, a fellow gang member beat the man with a rod and another man stabbed him with a knife. He wasn’t aware that his friends in the gang had brought weapons, he said.

There isn’t much that jails or prisons do to rehabilitate inmates, according to The Marshall Project, a non-profit dedicated to awareness about the U.S. criminal justice system. “They have AA (Alcoholics Anonymous) and they have church. That’s about that,” Leach said, “Most people actually end up coming out worse than they came in.”

Moon agreed with Leach’s opinion, but added that they had libraries in the jail he was in. Moon remembered reading “The Time Detective,” a book by Mark Carnaly, in his cell.

“It’s amazing how good you get at reading,” Leach said. “I was able to read one of the new ‘Harry Potter’ books in just a few hours.”

Becoming readjusted to the world after getting out of county jail was difficult. When you’re in jail, you’re expected to take care of issues by getting into fights, said Leach. Even bumping into another person would usually lead to a brawl. “I still have difficulties debating with people without getting frustrated,” admitted Leach.

“You can’t daydream,” added Moon. “If you are working out, your buddy better be keeping an eye out for you.” Due to the racial division in jail it becomes difficult to be with people who are different than you when you get out, he said.

The SII hopes to help others in their position get accustomed to life outside. They want to encourage those who have family or friends who have been in the system to join their meetings. “The program is for students by students because they understand each other,” said Zariani. There seems to be a stronger trust between students compared to faculty about these matters and it makes opening up much easier.

Moon has served time in the infamous Folsom State Prison, the same one that Johnny Cash had sang about. It turns out it’s actually a very bad place to be in. Folsom’s cells are so tiny that Moon had no room to do push-ups.

Leach and Moon hope to aide the college with expanding the program before they both transfer to a university. They would love to expand the program to reach children in alternative high schools like Allan F. Daily High School.

“We want to give them a chance at the American dream,” said Robert Hill, the Dean of Student Services. “They deserve it. They’ve paid their debts.” Hill and his colleagues are in touch with the LA County of Education and LA Probation Department in order to recruit more members to their restorative justice program.

“We seek to create a partnership with LA County in order to give current inmates an easy transition from incarceration to school,” said Krys Gonzalez, Student Services Technician and Adjunct Sociology Instructor.

Meeting are held bimonthly on Thursdays at the Multicultural Center from 12:20 pm to 1:20 pm. You can reach Delgado at [email protected] for help and information.