Earth’s Fate is in Our Hands

To give up on everything we've known, or to fight for it? 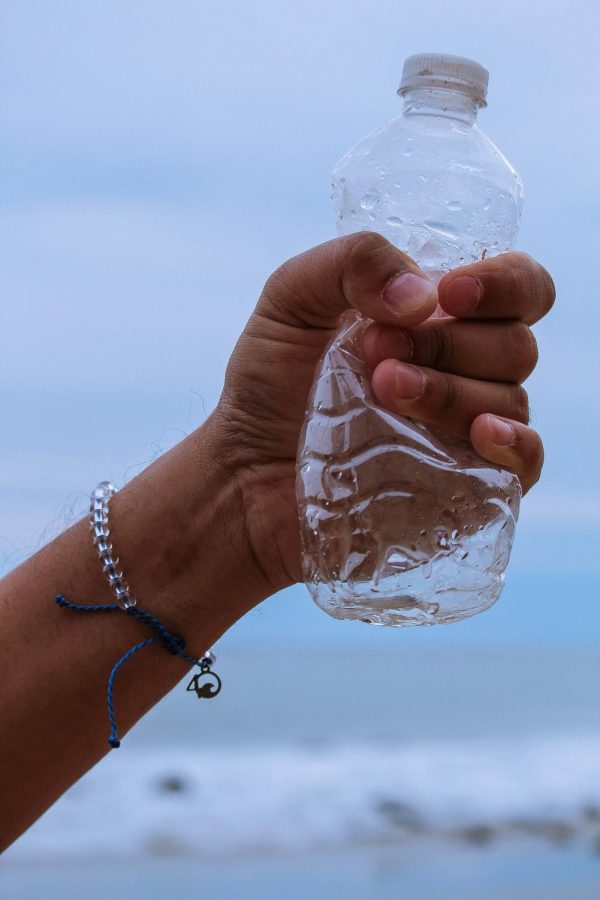 At the rate we've been going, the ocean will contain more plastic than fish by 2050.

The biggest threat to planet Earth is not humanity, but our ignorance and denial. While we’re stressing in our daily lives, we forget to reflect about our responsibility to the massive sphere we call home.

While some are aware of how our ways of living affects the planet, many of us take the environment for granted. There are simply too many people who are not motivated to change their habits. Then there are people who either don’t have the knowledge, or are simply narrow-minded, who don’t believe in climate change.

However, the evidence for climate change is as clear as it can be. Climate scientists reached  consensus on global warming a long time ago, and 97 percent of them says there’s no doubt that humans are contributing to it. Our planet is suffering because of us.

A person might have multiple excuses to not worry or do anything about environmental problems, but since we share this planet with not only fellow humans, but billions of other living organisms, it’s not right that we are the main felons for global warming.

In today’s political climate, the health of the environment is unfortunately far from being prioritized, which is why we all need to come together and make a change by ourselves. President Donald Trump has made some serious damage to the belief of climate change in this country ever since he started his election campaigns.

“It’s supposed to be 70 degrees today, it’s freezing here. Speaking of global warming… we need some global warming,” said Trump at one of his campaign rallies. Unfortunately, many people follow the direction of a leader, and the percentage of people in the United States who believe in climate change is getting lower and lower.

In contrast to President Trump, we have Al Gore, former vice president of the United States, who’s actively addressing climate change. As chairman of The Climate Reality Project, Gore is committed to solve the climate crisis. America is in need of more politicians like Gore: one who believes we have a mission to save the planet.

Except from individuals, groups, and some politicians, there are many environmental organizations around the world that take a standpoint against global warming. One of the most well-known groups is Greenpeace. They have changed the world for forty years, one mission at a time. With their devoted volunteers and supporters around the globe, they have successfully convinced many of the world’s leaders to stop nuclear testing, ban commercial whaling, and keep Antarctica safe from oil drilling.

All of these accomplishments have kept them motivated to do more, and throughout the years, their mission has remained the same. With Greenpeace’s wide support of approximately three million members worldwide, they keep striving for their goals of saving our planet.

There are also celebrities like Leonardo DiCaprio, who is mostly known for his acting, but has in fact fought for environmental issues for many years. Together with National Geographic, he made the documentary film Before the Flood. During a three-year period, DiCaprio met up with a variety of people around the world talking about climate change, and collecting more evidence about this controversy. This documentary is a must see.

Aside from his work in the Leonardo DiCaprio Foundation, which keeps calling on world leaders to address the global climate crisis, he’s also the United Nations Messenger of Peace. That titled is bestowed upon “distinguished individuals, carefully selected from the fields of art, music, literature and sports, who have agreed to help focus worldwide attention on the work of the United Nations,” according to the United Nations website.

“As an actor, I pretend for a living,” said DiCaprio during the opening ceremony for the Paris Climate Agreement in April of 2016. “I play fictitious characters, often solving fictitious problems. I believe that mankind has looked at climate change in that same way, as if it were fiction, as if pretending the climate change wasn’t real would somehow make it go away. But I think we all know better than that… Now must be our moment for action.”

Since billions of people around the world use social media, real-time events and issues can be spread to large masses in a short amount of time. Some scientists and environmentalists take advantage of those outlets to spread awareness on climate change. When the news gets out, more will follow. However, it is not enough; the long-term solution is not through our technical devices – but with physical action.

Individuals can get better at recycling plastic, glass, batteries, and cardboard. In order to do that, cities have to provide recycling stations and encourage residents to do what they can for the environment. If possible, walk instead of taking the car to go grocery shopping, and if one feels more motivated to make a change, stop buying disposable plastic such as plastic tableware, and beverage cups and straws. Instead, invest in reusable picnic tableware and coffee mugs.

Since plastic pollution is getting worse around the world, some nations have already started to make changes. France was the first country to ban disposable single-use plastic plates and cups, which is a huge step to a healthier planet. In the United States, California is following the positive trend by banning single-use plastic bags and changing to recycled paper bags.

An organization that has really put up a fight against plastic pollution in our oceans is 4Ocean. Even though it is a relatively new and small organization, they have managed to pull out close to 570,000 pounds of trash from oceans and coastlines in just two years. The focus lies on ocean sustainability, recycling awareness, creating global economies, and earth preservation. It’s estimated that by 2050, the oceans will contain more plastic than fish. This is what really pushes 4Ocean to make a difference.

They get donations through people purchasing a bracelet that is 100 percent made by recycled materials. The bracelet ultimately helps protect the earth, represents one pound of trash pulled from the oceans, and symbolizes a commitment to cleaner oceans.

For every month, the color of the 4Ocean bracelets changes as they partner up with another organization that focuses on specific problems within plastic pollution. By getting 4Ocean’s bracelets and joining their beach clean-ups, it is safe to say that it’s a fun and easy way to contribute to a healthier planet.

On to another, albeit larger, company that does a lot for the environment, that more corporations around the world should follow, is American automaker Tesla. They invest in eco-friendly production using natural resources and sustainable energy such as wind, water, and solar power.

Tesla, which is the youngest auto manufacturer in the United States, is famous for their futuristic cars that are fully electric. The great thing about Tesla is that they make their vehicles in their so-called “Gigafactory,” a gigantic factory located outside of Sparks, Nevada, run by solar power alone.

In Before the Flood, DiCaprio talked to Elon Musk, the CEO of Tesla. Musk mentioned that it would take just one hundred Gigafactories to provide the whole world with renewable energy, and calls for other large companies in countries like China and Europe to do the same.

Several European countries are now planning to follow the footsteps of Tesla and build their own Gigafactories. This is crucial for companies to understand because in a dying planet, a thriving company will not be worth a lot anyways.

There are many inspiring individuals, organizations, and corporations across the globe that are encouraging others to change their mindsets, become active, and care about our planet. One cannot do everything on its own, but by working together towards the same goal will make a tremendous difference.

When in doubt, remember what inspired you to change your habits. It might be for those who will be left behind, or to provide a better planet for future generations. It could be for the creatures we share this planet with, or because being human is to be humane. Whatever the reason; everything that will put a stop to global warming is vital.

Here’s a way of thinking about one of the greatest problems humans will ever have to respond to. If global warming is a hoax, we will either save time and money by not acting, or waste time trying.