One Oceanography class marks the occasion with learning opportunities around campus 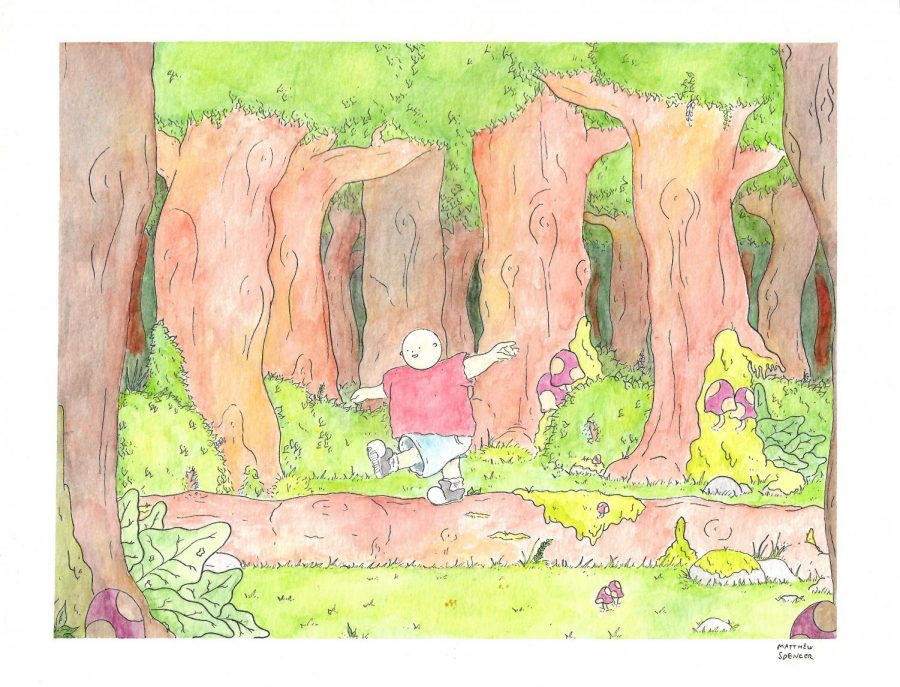 Do you remember your first reaction to the Disney/Pixar film “WALL-E”?

In the first three minutes of the opening scene, it showed Earth covered in trash with a robot named WALL-E, roaming around attempting to pick up the waste, while still surrounded by an apparently insurmountable amount of it.

That is how college students felt on April 22, 1970. They were protesting against the deterioration of the environment, fighting against oil spills, objecting to polluting factories and power plants, and addressing raw sewage, toxic dumps, pesticides, freeways, the loss of wilderness, and the extinction of wildlife, according to earthday.org.

Just like that scene in “WALL-E” where he suddenly found hope of life in that little plant among the trash, is how the protesters felt when Wisconsin Sen. Gaylord Nelson convinced both Republicans and Democrats that the environment needed help.

By the end of that year, the first Earth Day had led to the creation of the United States Environmental Protection Agency and the passage of the Clean Air, Clean Water, and Endangered Species Acts. “It was a gamble,” Gaylord recalled, “but it worked.”

On April 25, at Plaza Vaquero, students from Oceanography 115 gave out information on the different issues to show crisis that the environment faces.

Rachel Ridgway, geology and oceanography professor at GCC, had her oceanography class be part of a campus learning fair as a service learning project. This was to help her students raise civic engagement and build a community of environmental protection at GCC and beyond.

“We had students present on topics ranging from plastics in the ocean, waste reduction strategies, whaling practices, water management, the palm oil crisis that is destroying rainforest habitat across Indonesia, and many others,” said Ridgway.

Ridgwya’s also commented on how GCC has sustained their usage of water and energy throughout the campus. According to the school’s website, all bathrooms incorporate waterless urinals, and 90 percent of the campus landscape as well as most of the toilets in the buildings use reclaimed water.

“The Earth is our life support system. Many students are already doing a lot to live in an environmentally-sustainable way by walking, biking or taking public transit to school,” Ridgway said. “We’ve got a lot of work to do to meet that goal, but we can get there. The number one thing that I would encourage students to do is to communicate their concerns about the environment with their elected officials. We vote with our dollars and at the polls.”

Yesenia Thompson, a communications major, presented about the palm oil crisis that is happening in Indonesia.

The forests in Indonesia are being burned down so they can have more land to plant palm trees, since palm oil is one of the most versatile vegetable oils that are out there. They need to be processed to form a wide range of different melting points, consistencies, and characteristics, explained Thompson.

“When it comes to Earth Day everyone gets together,” said Thompson. “I think it is nice how everyone just gets together to discuss solutions.”

We’ve come a long way since that first Earth Day. Sen. Nelson talked about toxic waste and dense black clouds that spewed into the air; that used to be legal. Today, our ports have gotten a lot cleaner, which helps people by preventing illness. We still have a long way to go.

As humans, we’re wasteful, our plants pollute, and our energy isn’t as clean as it could be, GCC students showed.

The last scene  “WALL-E” where the captain is looking at a video of Earth being polluted is starting to seem shockingly real. We should help the environment so we don’t have to ask questions like “Wait, that doesn’t look like Earth. Where’s the blue sky? Where’s the green grass?” said AUTO.