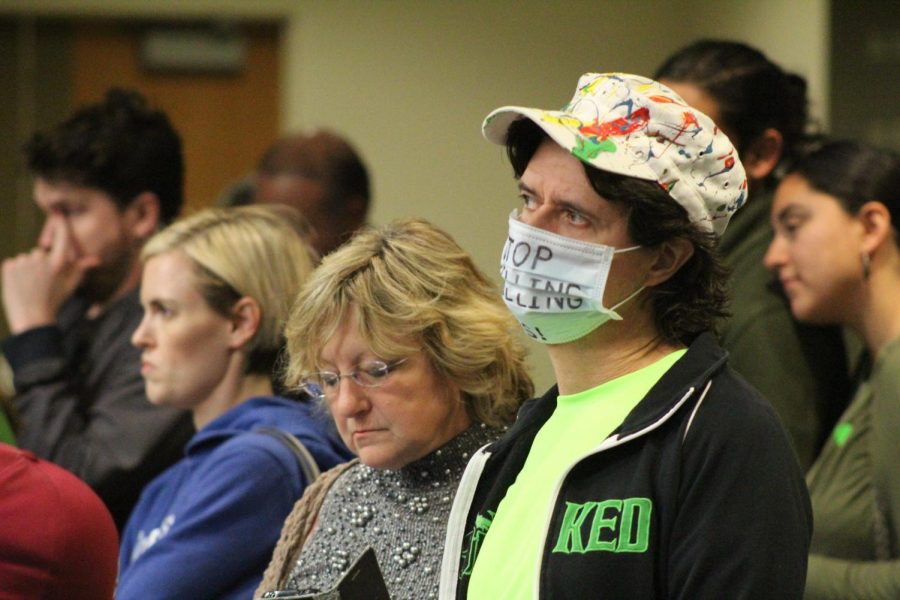 Glendale Water & Power’s plan to upgrade the Grayson Power Plant in Glendale has moved forward after City Council voted not to temporarily shelve the project during the Feb. 6 meeting.

Over 500 people showed up to the City Council Chambers to protest the Grayson Repowering Plan, with most asking for a motion to pause the process in addition to City Council enlisting energy experts to conduct an independent study into potential clean-energy alternatives that can meet Glendale’s energy needs.

Despite the large turnout by residents ‒ one of many since October of 2017 ‒ City Council members voted 4-1 to allow GWP to continue on with its final Environmental Impact Report (EIR). Zareh Sinanyan, the most vocal skeptic of the Repowering Project, was the dissenting voice. The EIR details the possible environmental impacts of the Grayson plan and is required by law on certain actions which “significantly [affect] the quality of the human environment.”

The final EIR will be reviewed by Glendale City Council on April 10, where they will then vote on the next move regarding the project. That includes moving forward with the current proposed plan, scrapping the entire project, or a mix of other alternatives.

The Grayson Repowering Project is a plan put together by GWP with the help of Stantec Consulting Services and Pace Global. With it, GWP is looking to rebuild and expand the current Grayson Power Plant by replacing aging natural gas-fired generators with newer, more efficient versions.

The project, which would be funded through a City bond measure, is price-tagged at nearly $500 million.

Grayson is an 80-year-old power plant, and, with the exception of unit 9, these generators are all beyond 40 years of age. GWP has stated that without intervention on their part, these units are at risk of failure, leaving Glendale without the required energy-generating capacity.

Concerned local residents ‒ led by the Glendale Environmental Coalition ‒ have pushed back. There are a litany of concerns regarding the proposed project, according to them.

Perhaps most importantly, is that the Integrated Resource Plan, which serves as a comprehensive “roadmap” for meeting company objectives, and the draft Environmental Impact Report, were commissioned by Pace Global Inc., a subsidiary of Siemens Energy Sector.

“This is problematic, obviously, because Siemens is the one who is going to be selling us the gas generators,” said Councilmember Sinanyan during the Feb. 6 meeting. “And I think in any other sphere of business, there would be a clear conflict of interest, and therefore any conclusions reached … would be suspect.”

The Grayson plan would increase local carbon dioxide emissions by 415,000 metric tons per year, which is roughly equivalent to adding 90,000 gas-burning cars to Glendale streets.

According to GWP, the increase would be mitigated by purchasing renewable energy “offset credits” through California’s cap-and-trade program.

“I would not have brought my wife and two children [to Glendale] had I known [that the power plant would be built],” said Glendale resident Zack Gershen during Glendale City Council’s Jan. 23 meeting. “It certainly makes this community less desirable.”

Many are concerned about Glendale’s future energy needs and whether fossil fuels should be a pivotal part of the City’s energy portfolio going forward. Especially in a state that considers itself to be one of the preeminent leaders of clean-energy use in the United States, and during a time when the price of solar is dropping rapidly.

“In 2025, there probably won’t be any new gas plants built because the price of solar will have gone down by so much,” said John Doyle during City Council’s Jan. 23 meeting, who is managing director of Victory Energy LLC, a solar and storage development company. “The price is dropping so quickly … by 2022, solar battery storage will be economical.”

California Governor Jerry Brown signed SB 350 into law in late 2015, which requires the State to receive 50 percent of its energy needs through clean-energy sources by 2030. In July of 2017, Glendale adopted a non-binding resolution in support of the United Nations’ Paris Climate Agreement.

With that in mind, the question posed by residents is whether the $500-million investment into a natural-gas power plant is a smart one, and whether taxpayers will be stuck footing the bill on what would then be a “stranded asset.”

City Council’s April 10 review of the final EIR begins at 6 p.m. Residents are encouraged to attend the meeting.