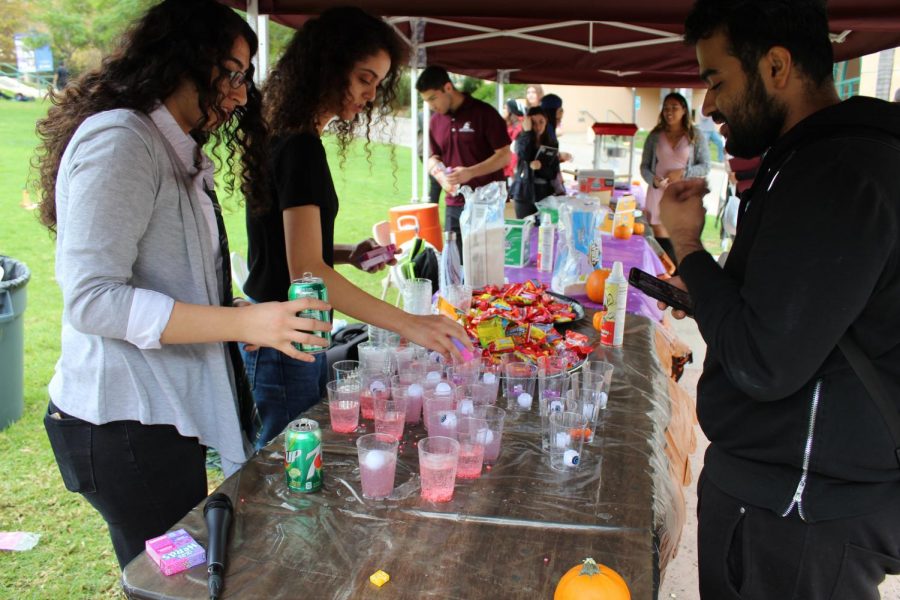 Halloween, every little kid’s favorite holiday and some parent’s worst nightmare. With last minute costume ideas and bags of candy ready, everyone was getting ready to have fun Oct. 31.

Halloween came from the ancient Celtic festival of Samhain. The Celts believed that on the 31st of October the “spirits” returned to Earth. Then Halloween started coming to America. It was primarily celebrated in Maryland and the Southern colonies. Since then the holiday has been Americanized, with costume parties, pumpkin carving, and the telling of ghost stories.

The Associated Students Glendale Community College had a ‘Pumpkin Fest’ in Plaza Vaquero on Oct. 31. Giving away free food like corn dogs, small bags of popcorn, candy and soda cups with decorative eyeballs at the bottom.

“We wanted to give away free food to the students, and hand them presents, and let the students enjoy Halloween in school,” said Jessica Coompson, vice president of activities

The members of ASGCC were all dressed up as different characters, such as Dodgers baseball players, a prison inmate, Chewbacca and much more. The students were happy to receive free food. Students also had a chance to win a $25 gift card if they competed either in pumpkin painting, ring tossing or mummy wrapping.

“It’s fun to interact with the other students and feel like a kid again,” said Corinna Scott, mass communication major.