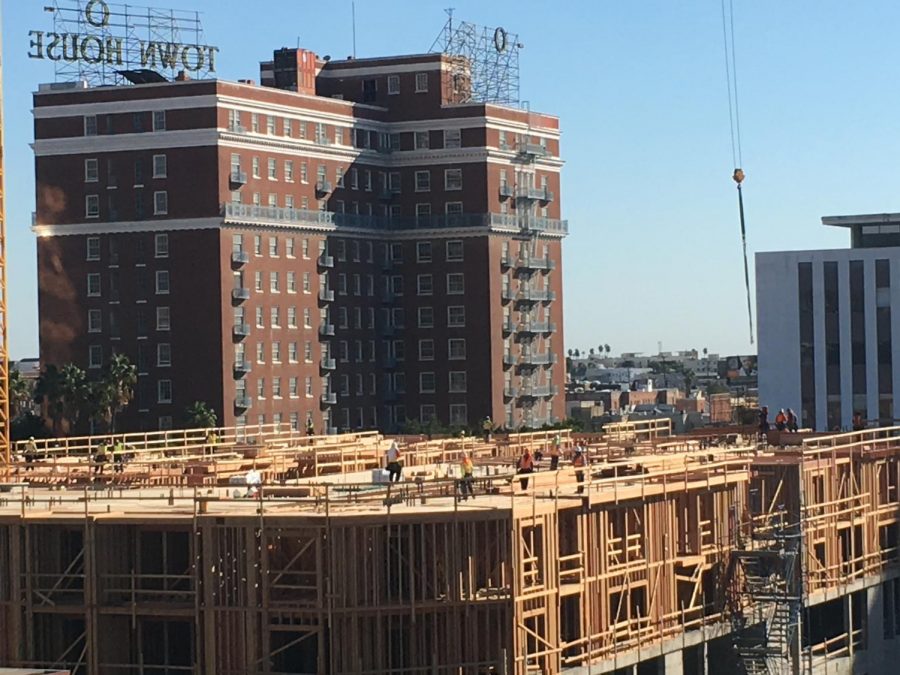 For many, the American Dream – or what’s left of it – includes landing a dream job in a favorite city, getting married, having kids, and perhaps most importantly, owning a home. Mark Twain famously called on Americans to buy land. “They’re not making it any more,” he quipped.

The right to property is a quintessential part of the American middle class vision. Recent years haven’t been too kind to this vision. One group, in particular, has an outlook that appears increasingly bleak: millennials.

This cohort of Americans is reaching adulthood early in the 21st century; they were born in the years between 1980 and 1997, according to most demographers. Millennials are often described as lazy and entitled children, living off the spoils thrust upon them by their all-benevolent predecessors, the Baby Boomers.

This is true to an extent, depending on where you look. We’re living in an era of cheap goods. The price of food and clothing is falling relative to wages, and the internet has given us nearly unlimited access to all kinds of information. Medical technology has never been better, too.

Turn that page over, though.

Americans pride themselves on their generational upward mobility, but millennials may be the unfortunate generation to break that streak and earn less than their predecessors, by no fault of their own. Despite being better educated, millennials earn 20 percent less than boomers did at the same stage in life.

Thirty-four percent have a bachelor’s degree, and a significant number more have at least some college under their belt. But while the group may be swimming in knowledge, they’re also drowning in debt.

The student loan debt crisis is not a well-kept secret. Talk to any college student or recent graduate, and they’ll likely give you their own personal nightmare regarding their suffocating student loan situation. According to the Economist, there was roughly $1.3 trillion of outstanding student loan debt in 2014, with over 44 million affected borrowers – an average balance of $37,000 per person.

And because millennials love to be kicked while they’re down, most of them received a warm graduating gift in the form of the worst economic plunge since the Great Depression.

Due to this – as well as shifting long-term priorities – millennials are putting off major life milestones. None more prominent than the purchasing of one’s own home.

Sky-high housing prices are the primary roadblock. While the national housing market hasn’t quite fully recovered from the 2008 crash that sent the global financial system into disarray, about a third of major US cities have seen a near-complete rebound.

The cities that saw a rebound, like San Francisco, Denver, and Los Angeles, also – not coincidentally – have strong growing economies that attract young, educated talent. Job growth attracts population growth, which means the demand for housing increases, which results in a positive feedback loop of continued economic surge. Although, if there isn’t adequate supply to answer demand, prices continue to climb until equilibrium is met.

The matter of inadequate housing supply is a very real issue. From September 2016 to August 2017, the US had about 1.2 million housing starts. This is 16 percent lower than the long-term national average. Multifamily starts are 11 percent lower than average, while single family builds are 18 percentage points behind.

According to the USC Casden 2017 Multifamily Forecast Report, developers need to build an additional 300,000 new units per year to keep up with demand. But with nine-straight-years of stagnant construction, the US is roughly three million units short of where we need to be to have a supply that is sufficient enough to meet demand.

Even many “starter homes,” relatively small and economical pads that meet the needs of young folks, are out of reach for millennials. Unfortunately for buyers, the most affordable segment of the housing market is where supplies are lowest. In April 2017, sales of housing priced under $100,000 fell 17 percent, and those under $250,000 fell six percent.

If millennials can’t get their hands on a starter home – an appreciating asset that builds owner equity – they’ll have a harder time trading up for that dream home in the suburbs big enough for the kids.

Due to this, millennials are opting to rent rather than buy, despite renting being a more expensive long-term venture. This in turn is placing upward pressure on the rental market. In a strong majority of Metropolitan Statistical Areas (MSAs), renters are spending more than 30 percent of their income on rent – which classifies it as unaffordable. More money spent on rent, means less disposable income, which then translates to less money saved for home owning (and splurging on avocado toast).

This is perhaps no more true than in sunny Southern California. In the region, real rents rose by 13 percent from 2005 to 2015, according to USC Casden. A problem, because rents are outpacing real income growth, which is, well, not sustainable.

The market for young buyers is even worse. In 2016, the median home price in Southern California was about $473,000, which is double the national average, making it one of the most expensive in the nation. The median costs are even higher in Los Angeles County and Orange County.

In a historical migratory reversal, pressure from the housing market is forcing California residents eastward. From 2010 to 2015, 226,000 people left the state, trailing only New York and Illinois in net out-migration.

Furthermore, many millennials seem to be unaware of their home-buying potential, or lack thereof. A majority of those surveyed said that buying a home is in their five-year plan, despite the evidence refuting what amounts to being a pipe dream.

Is rent control the answer to at least part of the conundrum? There’s a proposed ballot initiative in California that hopes to confront the increasing rent prices by expanding rent control. Such an initiative, however, won’t be without detractors on both sides of the political aisle.

Indeed, economists argue it creates an artificial economy where rent prices will essentially amount to arbitrary costs. Though, to be fair, the artificial nature of the economy is easily discerned in Federal Reserve interest rates as well as in Proposition 13-era rates that benefit older homeowners over the young.