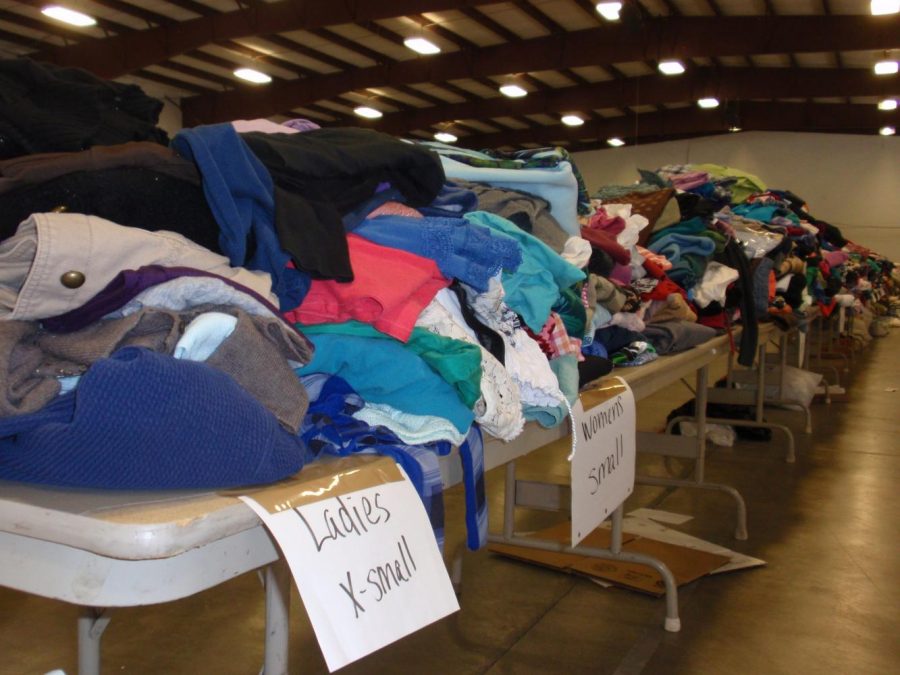 Glendale Community College started an event called “Attire for Hire” this year for credit and noncredit students. This event was hosted on Plaza Vaquero for the first time ever in March. After that day, they realized how beneficial it was for students that they hosted three more “Attire for Hire” events after that. The career services sponsored the free clothing giveaway with professional gently-used clothing and accessories for GCC students.

It wasn’t only for GCC main campus students, but for Garfield campus students as well. The Career Services were in partnership with a handful of dry cleaning companies, including: Alameda Cleaners, Western Cleaners, Bright Start, Northridge Cleaners, Presto Cleaners, and Steamer Cleaners.

Not only did the Job Placement Center donate clothes to students, but included a fashion show as well to provide students with examples of what to wear and what not to wear to interviews.

“Before our spring job fair, I realized that we had a lot of students who couldn’t afford professional work clothing and accessories,” said Sharis Davoodi, student employment services technician. Davoodi started to bring items from home and distributed it to students who really needed it. Once that happened, those students started to bring along their friends and that is when she realized there were definitely a lot more students in need.

It first became an idea and then they mentioned it to Andra Hoffman-Verstracte, who then gave the support to help make it happen.

The items were brought in batches and stored in the college and once everything was ready, GCC hosted the event. Over 15,000 items were donated. Sang Nam, from the Student Employment Services department, hosted a tie workshop where over 300 ties were donated, and taught students how to tie a tie.

With the help of the dance and theater department, they helped make the Student Center look like an actual shop by lending their clothing racks. There were even fitting rooms provided for men and women.

There was no limit on items per student, which does mean a lot for people that can’t get their hands on pieces of clothes that easily. Students walked away with smiles and even tears in their eyes. It’s something that impacted students and faculty emotionally.

There was one student in particular who will remain anonymous, who was greatly affected by a house fire. She lost almost everything she had, and the amount of clothing items she and her husband had the opportunity to get made her extremely happy and grateful.

This program was greatly impacting many people that it even got the attention of the public media, such as: Glendale News Press, KIRN 670 am, and even 1330 am ESPN Deportes.

After a couple “Attire for Hire” events, employers came to join and now host interviews on the spot. South Los Angeles WorkSource came to hire for the Los Angeles Chargers Stubhub Center in Carson as well as On Track (delivery service for Amazon), and the Red Cross.

Due to the success of these events, there will be an “interview closet” permanently in the new building so students who would need professional clothes have the opportunity to get items required to present themselves professionally for interviews.

“It was a lot of work. It was six months of work,” says Davoodi. “We had to go through every single item to make sure it was in good condition. I felt like there was a true need for an event such as this. The feeling this gave me was definitely indescribable. It gave us ease of mind helping out students to have outfits for interviews and work.”

If there are any students in need of professional, gently used clothing, there is an organization who can help out. The “Dress for Success” organization works with GCC, located at 2100 S. Hill St., Los Angeles, Calif., 90007, open Monday through Friday 9 a.m to 5 p.m.