Giving Back: Food for Thought 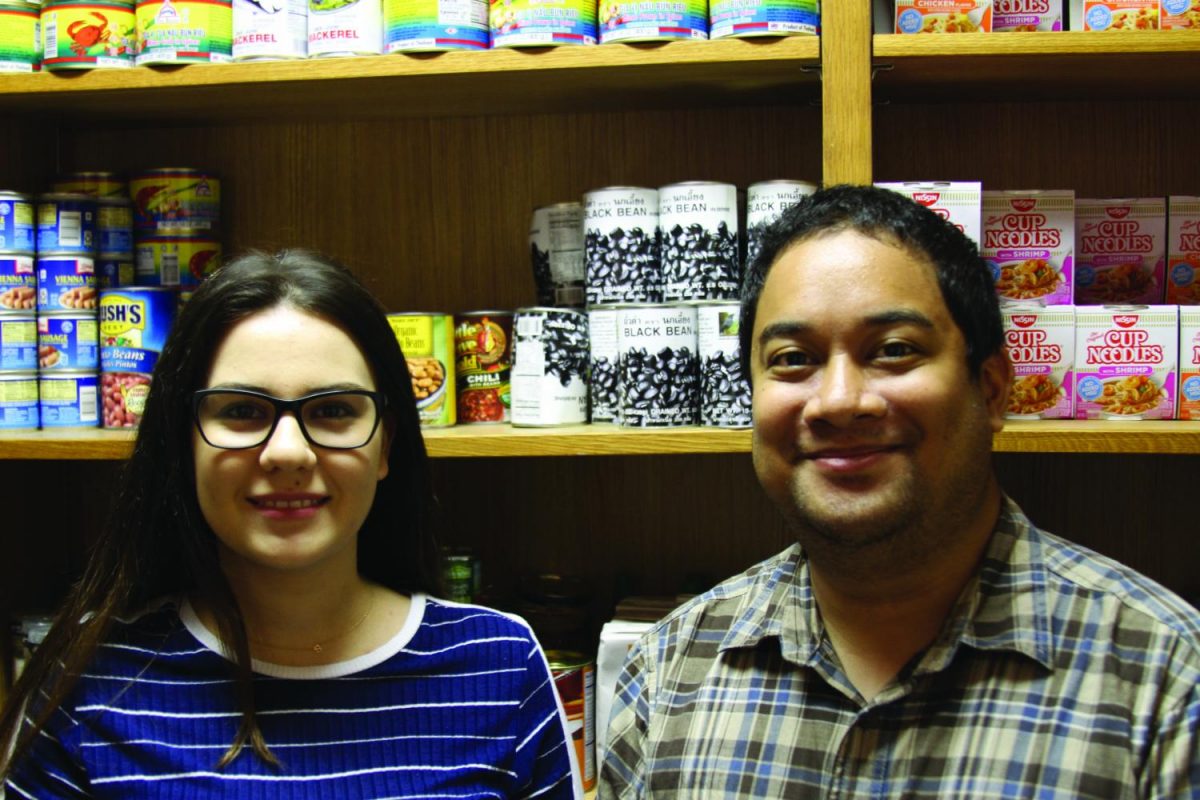 Glendale Community College’s very own Food for Thought Pantry is celebrating its first anniversary this month and wants students with limited resources to utilize the resources provided by the initiative, rather than attempt to learn on an empty stomach. This is in addition to extending the opportunity to peers and faculty to volunteer for the cause potentially affecting you.

Two-thirds of students suffer from food insecurity, according to recent study commissioned by the Los Angeles Community College District’s board of trustees. “If you do the research, we have about 20,000 students,” said Paul Mayer, the president and chairman of GCC’s pantry. He explained that if one out of five students is going hungry, it means that the pantry is only hitting a small portion of those who actually need help.

With the help of donors in the community such as Kiwanis Club of Glendale, Grocery Outlet, and now a new partnership with Trader Joe’s, Mayer and additional aid from the Pantry Task Force have made it possible for impoverished and in-need students to receive sustenance to assist in an uninterrupted learning environment.

After a brief visit to either location the Verdugo or Garfield campus, and completion of a simple form, eligible students are placed on a point system which allows them access to the Food for Thought pantry, where they receive necessary food or hygiene products.

A study conducted by Sara Goldrick-Rab, professor of education policy and sociology at the University of Wisconsin, suggested that “a growing number of low-income undergraduates experience food and housing insecurity, even when students work and receive financial aid.”

With malnourishment as an obvious roadblock when it comes to learning and educational needs, Mayer wondered why nothing had been done to alleviate this at GCC when other campuses were already implementing solutions.

It was the summer semester of 2016 when Mayer and the Pantry Task Force began the process of initiating the food pantry after the academic senate learned of the immense issue of hunger and homelessness among students around college campuses.

With a rocky start to erect signs alerting students of their presence, the pantry officially opened its doors on Sept. 26, 2016.  The initiative has quickly grown from helping around 400 students a week to roughly a thousand. However, with the study by Goldrick-Rab showing that 52 percent of students surveyed at 10 community colleges around the country saying that they’d experienced at least one form of housing insecurity, in addition to 28 percent cutting the size, or skipping meals altogether because there wasn’t enough money for food, Mayer isn’t satisfied with that number.

Faculty and staff have been called upon to help with small contributions, either in one time or in their paychecks, and many students on campus have helped with stocking the pantry through donations or their time.

Financial insecurity plagues a sizable portion of GCC students, who are often sacrificing a lot to get their degrees. Some have children, others help their parents, and some are on their own. Many forego working hours in order to attend school. The trade-off may be a better job that usually only comes with a degree. Yet, for now, they’re struggling. The fact that there has been influx of students who depend on the pantry’s resources says a lot.  As a result, organizers of the initiative hope members of the community will lend their time.

“I’m hoping that […] we get more people on the task force,” said Kevin Mack, treasurer of the pantry. “If we could get more volunteers, faculty and staff, that would be great.” As treasurer, Mack handles all of the incoming and outgoing finances, including all monetary donations, which are allocated specifically for food and pantry replenishments.

One of Mayer’s hopes for the future is to one day have students run the entire operation with help from campus organizations like the ASGCC. “I’d like for the students to make these decisions to help each other for themselves,” said Mayer. “We as faculty are here to empower the students to be stewards to the community and to each other.” Mayer also wants students to know that it isn’t their fault that they are dealing with these circumstances and their community is here to help.

For any information on how you can receive assistance or help fellow students and peers, plus any additional information on what the pantry is doing, please visit The GCC Food for Thought Pantry page on the GCC website, at bit.ly/GCCFoodPantry. At the official page, you can make quick and easy donations, as well as access to several resources and beneficial information that the task force has provided to benefit you in various financial dilemmas.