When Race and Politics Converge 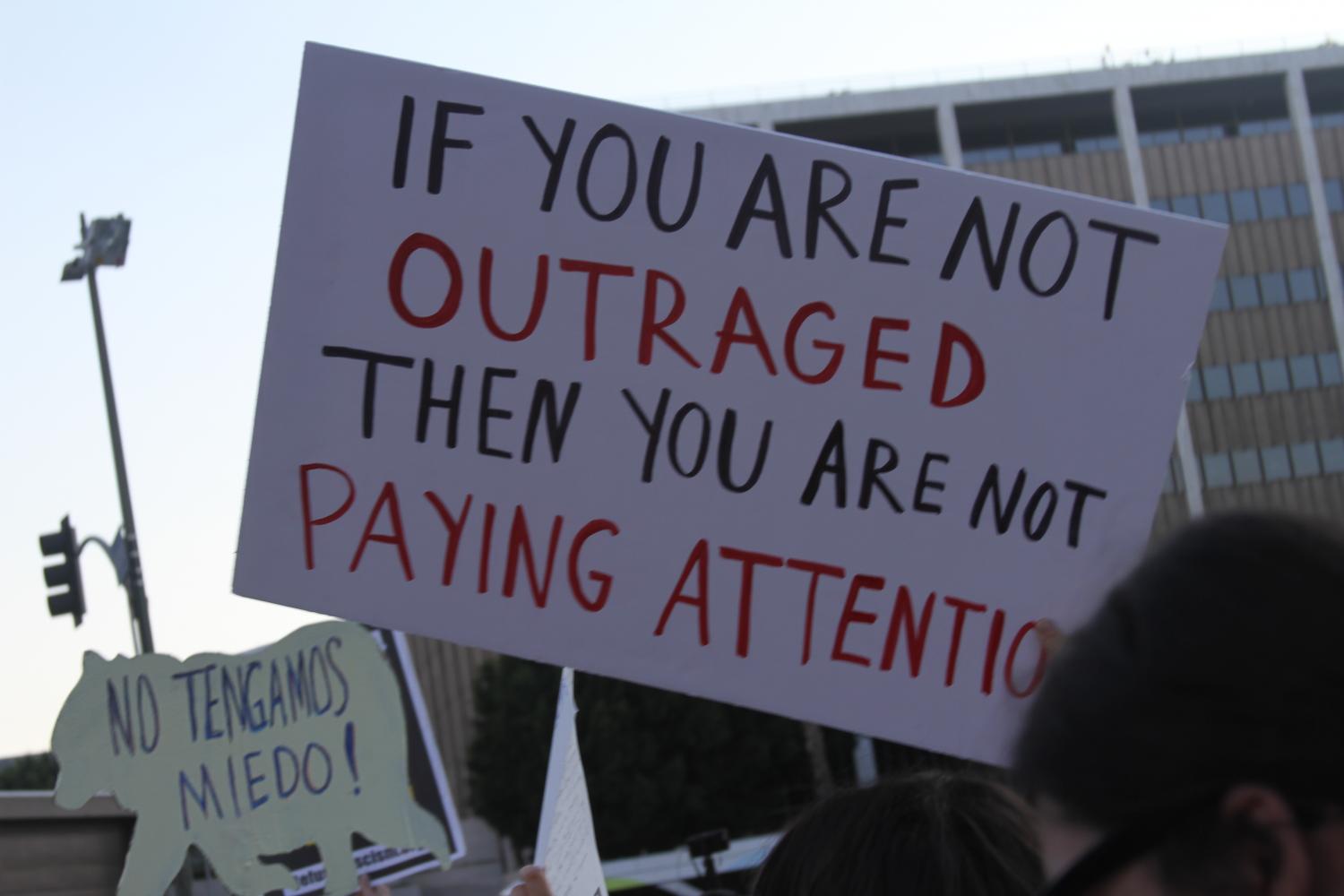 Hundreds of protesters gathered on the streets of downtown Los Angeles to protest Donald Trump's decision to end the Deferred Action for Childhood Arrivals (DACA) program.

“I have to think about what I should wear when I come to campus on a Saturday,” Dr. Troy Davis, division chair of Student Services at Glendale Community College, told an audience earlier this month, describing the precautions he has needed to take to prevent profiling. Davis, who is African-American, explained,“if I want to wear a hoodie and a baseball hat, people probably wouldn’t think I’m a division chair.”

GCC faculty and staff organized a Town Hall discussion Sept. 6 aimed at highlighting issues of racism in America in 2017.

Davis spoke about his experience growing up in a predominately African-American community.  He was in the first classroom in his elementary school to integrate black and white students. Davis reminisced of the time when he was excited to go to his new school and ride a school bus. When he arrived at this white school, he thought parents were welcoming him with signs. He got home that afternoon and told his mother of his experience, being in fourth grade. Davis told the audience that he was naive and ignorant to the racism happening around him. His mother explained the truth behind those signs. Those people weren’t welcoming him, they were trying to push him and kids like him away.

“A lot of white people believe they have lost this country, which means they thought it was theirs to begin with,” Davis said.

After counter-protester Heather Heyer was killed in Charlottesville, Va., amid clashes between white supremacists and counter-protesters, President Donald Trump disappointed many Americans in his speech to follow in which he blamed “violence on many sides.” Trump condemned racism in his first speech two days after the protests, which was decried by some as too long to react. It was his second statement, however, which suggested there were “good” people on both sides that caused even more outrage.

Twenty-one days after the death of Heyer, the Trump administration suggested the elimination the Deferred Action for Childhood Arrivals (DACA) and push the program to a divided Congress to decide its fate. The DACA program targets 800,000 young immigrants and their families.

“I try to be bipartisan and objective,” said student Lin Myint, a computer science major, after attending the dialogue last Wednesday. “The way Donald Trump does stuff feels like he does it to maintain an image. For example, Trump’s conversation with the Mexican president about paying for the construction of the wall, in the transcript, he kept telling the Mexican president to say he would pay for it even if won’t. Trump might know eliminating DACA will hurt America in long run, since he is taking a good opportunity from our nation’s future, which is the children, but he doesn’t care, I really think this just has to do with his image. His entire campaign slogan was ‘build a wall.’”

GCC will be holding an immigration workshop regarding the status of DACA in the near future. Faculty at GCC have agreed that talking about race is the biggest way to fight prejudice and discrimination. The college also maintains a program for students to go to middle school and high schools to talk about race. The program, called Students Who Talk about Race (STAR), is offered fall and spring semesters. This program targets a younger generation to become aware and sensitive to each individual.

“This is what Trump is good at, stirring up fear. My advice would be to be smart, ask questions, analyze what is going on around you,” suggested Davis. “‘Make America Great Again,’” he said. “What was so great about it before?”