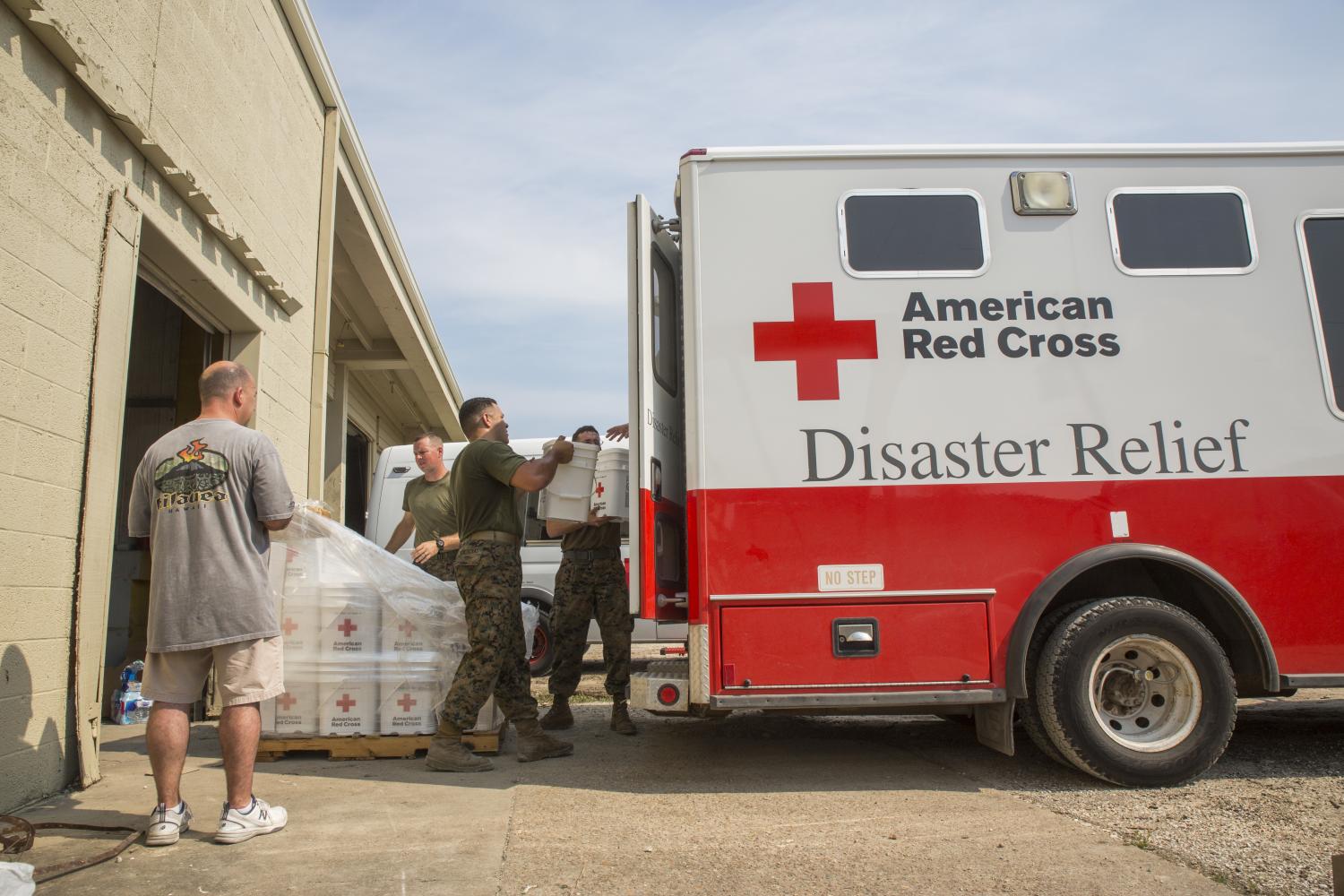 At least 70 people have died and 50 residents are unaccounted for as a result of Hurricane Harvey which pummeled Texas in late August. The damage has been unprecedented, according to the Red Cross, which has appealed to the public for donations. The hurricane caused flooding across 234 square miles in Harris County and the damage has stretched to other counties as well.

Some staff and faculty at Glendale Community College have sought to lend a helping hand to relief efforts.

Tracey Ziegler, a counselor with GCC’s Center for Students with Disabilities, sought donations from faculty and staff in September. “With the funds that were donated, I was able to purchase 1,582 diapers and pull-ups, and 1,062 wipes which as of today’s update, is what is most needed for the children affected by Harvey,” Ziegler said in an email. “The shipment will arrive in San Antonio on [Sept. 9], and will be distributed beginning [the] morning [of Sept. 10].”

Former GCC faculty now on the ground in Houston also played a role and kept in touch with their former colleagues. Natasha Hindocha, former adjunct faculty at GCC, was volunteering at one of the “makeshift shelters” in Houston and is an employee at the University of Texas at Houston. She described “surreal but powerful” scenes that she and colleagues witnessed, as well as the human desire to help. “There are numerous relief efforts that began immediately after the storm,” she said in an emailed interview. “There were lines to volunteer. One of my colleagues went to three different shelters to volunteer only to be turned down by all three because there were too many volunteers. What a great situation to have.”

Hindocha described Houston as a positive place. “When I first moved to Houston the one thing I noticed was, Houstonians are very friendly and generous people,” she explained. “This was definitely illustrated after the hurricane. Another colleague went in the rain while it was flooding and helped individual – complete strangers – come off boats and take them to dry land.”

Harris County in Houston took the largest beating from Hurricane Harvey. At least $23 billion worth of property was damaged and more than 200,000 homes were impacted by flooding. 80 percent lack flood insurance. About 30,000 properties, which account for a total market value of approximately $23.4 billion, are not covered by flood insurance. A report in Newsweek suggested that just $6.5 billion to $9.5 billion of the costs will be covered by insurers.

“The damage is indescribable,” said Hindocha. “Like most natural disasters, to see it in person leaves one speechless. Block after block you see lawns filled with flooded furniture, flooring gutted out and memories drenched with flood water and mold.”

Hindocha wanted GCC to know that the images shown on TV are vivid and real. “To see it in person the images are amplified and leave a lasting impression of sadness,” she said. “But through it all, you hear neighbors helping neighbors; strangers going out on boats to save lives and countless other stories and you are reminded of hope, love and the strength of humanity.”

The Red Cross and Salvation Army are still taking donations, as relief efforts will be underway for a while and rebuilding will take over a year to achieve, according to most estimates. To donate, simply visit bit.ly/DonatetoRedCross and bit.ly/GivetoSalvationArmy.