Streetcars May Return to the Jewel City 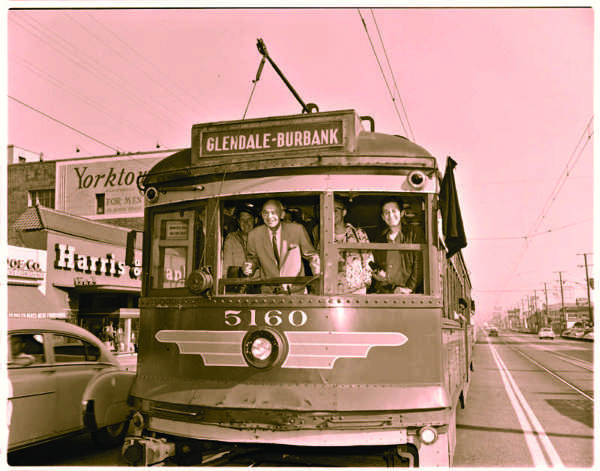 Streetcars may be making a local comeback.

The cities of Glendale and Burbank could be borrowing ideas from the past to improve their future, as Los Angeles County was recently granted $4.5 million by the Southern California Association of Governments (SCAG) for plans to improve public transit. This isn’t a promise that we will see the return of streetcars in the near future, but a grant to study the feasibility of the project.

SCAG will allocate $200,000 to Glendale and Burbank to explore green initiatives and public transportation alternatives.

The proposed route would start in Burbank at the cross-section of Glenoaks Boulevard and Woodbury Road. It would travel southeast to Glenoaks and Brand Boulevard, then travel farther south via Brand and end near Tropico.

“Ideally, by this time next year we’d actually have a pretty well-defined project that we would be seeking federal funding for,” Glendale City Manager Scott Ochoa said.

Justin Robertson, planning assistant for the city of Glendale, told the Glendale News-Press, “There is an opportunity [with SCAG funding] that has been long recognized to add sort of a high-quality transit backbone through Glendale, the way there used to be.”

Robertson is referring to the Glendale-Burbank suburban rail service that used to run to downtown Los Angeles. It was discontinued in June 1955.

Despite the 1993 study, Ochoa feels optimistic that the opinion toward mass public transit has evolved from that of the car-culture Angelenos of the early nineties.

“I think as the new urbanism has really taken root in this region,” said Ochia. “The appreciation for transit and mobility has evolved. I think we have the opportunity and obligation to say, ‘Yes, the future of Glendale is going to rely a great deal on smart growth of mobility and transit.’”

Students Gregory Josephbek and Erwin Tsatourian call trolleys an interesting idea, but are slightly disappointed that the proposed route won’t make it to the Glendale Community College campus.

While the city is pursuing the concept of reintegrating the streetcar into the public transit system, Glendale is collaborating with Los Angeles Metro so the light rail, subway, and bus systems work in tandem to expand the productivity of the county’s mass transit system as a whole.

Ochoa explained that there is already an environmental study in progress that will examine the practicality of two new light-rail stations along the west side of Glendale and increase Metrolink service to Downtown Los Angeles. “The idea is to have [the potentially new light-rail stations] as a large spine for rail connectivity and use streetcars as the local circulator,” Ochoa said.

The streetcar route won’t make it to the college, but it will potentially plug the public transit gap that city officials feel have been a persistent issue for the region.