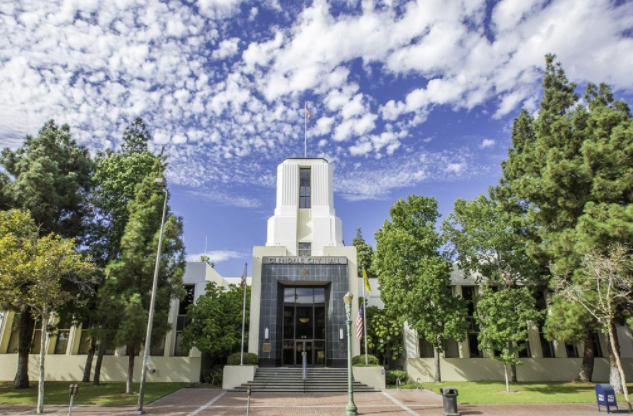 Among those running, two are incumbents looking to defend their seats, three have attempted a run at City Council in the past, and the remaining five are first-timers.

A term on the Glendale City Council lasts four years, and each year the Council selects one of the members to serve as mayor.

Election date is set for April 4.

Ara Najarian, an incumbent looking to extend his 12-year tenure on the City Council, has also served three terms as Glendale mayor. He has been a member of the Glendale Community College Board of Trustees and sits on the Los Angeles Metrolink Board of Directors. Najarian said the biggest issues Glendale needs to address are traffic congestion, overbuilding, and fiscal pressure from pension obligations. Among Najarian’s proposals is a building moratorium for  downtown until the wave of apartment construction can be analyzed.

Mike Mohill, longtime Glendale resident with deep roots with the city, is a Vietnam veteran and retired businessman. For more than 10 years Mohill has been a community advocate through City Hall. Mohill is a proponent of fixing the city’s infrastructure, addressing traffic gridlock, lowering rates for water and electricity, finding solutions for employee retirement pensions, and creating more open green spaces.

Mike Van Gorder is a self-employed professional photographer living “under the mushroom cloud that is student debt.” Van Gorder worked for the Bernie Sanders campaign, Ardy Kassakhian’s State Assembly run, and was elected as a delegate to the Democratic Party on behalf of California’s 43rd Assembly District, representing Glendale and Burbank. Van Gorder believes that the lack of working-class representation on the City Council is a major issue, and he would work on rent stabilization to address increasing gentrification, curb luxury development and strengthen public schools. Van Gorder also would push Glendale toward creating a municipal high-speed internet service.

Zareh Sinanyan is the second incumbent on the ballot this year. Sinanyan was once elected to City Council in 2013, the first Armenian-born politician to do so, and also served as the mayor in 2014.  Calling for transparency, accountability and vision, Sinanyan worked to ensure that multimillion-dollar plans could not be fast-tracked without debate by the City Council. He has also worked to spread Council debates to different locations across the city, a project called “City Council in Your Neighborhood.” Sinayan helped launch the Glendale Tech Initiative to foster a healthy business environment for tech companies.

Vrej Agajanian, a 36-year Glendale resident, looks to bring his experience as a California certified engineer to the City Council. “As a professional engineer, I intend to bring evidence-based solutions to our traffic, environmental, and infrastructure policies,” said Agajanian. Agajanian is the president of the Armenian American Broadcasting Corporation, where he also has his own show. If elected, he would focus on traffic and pedestrian safety, responsible use of city funds, preventing overdevelopment, and helping small businesses.

After falling short of a City Council seat in 2003, Rick Dinger wants to bring his newfound experience and understanding of the community from his 14-year hiatus to Glendale’s leadership. He has had more time to learn about the community and its issues, according to an interview with the Glendale News-Press. Dinger is a member of a plethora of local boards, including the Glendale College Foundation, Glendale Sunrise Rotary, Glendale Salvation Army, Insurance Brokers and Agents of America, Montrose Chamber of Commerce, and the Crescenta Valley Sheriff Support Group. He also is the president of Crescenta Valley Insurance, in business for over 30 years. His priorities are public safety, a “financially sound” Glendale, traffic congestion, and nurturing growth for our children, among others.

Retired Army Maj. Gen. Mark MacCarley wants to  “Make Glendale Livable Again.” In addition to serving in the military, MacCarley has a long history of public service, including stints with the Los Angeles Sheriff’s Department, sheriff’s Montrose Search and Rescue Team, and currently works as a Reserve Patrol Deputy and Narcotics Detective. MacCarley and his campaign want to slow luxury development in Glendale and bolster law enforcement officers.

Onnik Mehrabian, a father of two and longtime business owner, is the president of KIA Glendale, a member of the Los Angeles County Small Business Commission, and has been a Reserve Deputy Sheriff for 16 years. “I am running for City Council because I see public office not as a job, but as an opportunity to do something positive for the community in our Jewel City,” said Mehrabian. His priorities include supporting small businesses, making City Hall accessible and focusing on the future of Glendale.

Grant Michals, owner of an IT consulting firm, is an entrepreneur and community advocate. Michals believes that he is “uniquely qualified to combine his technical knowledge and project management experience with a deep understanding of our city from our neighborhoods.” He is the president of the Montrose Verdugo City Sparr Heights Homeowner Association and the Glendale Homeowners Coordinating Council. Michals wants to stop overdevelopment and focus on public safety and proper management of the city’s “serious budget concerns.”

Susan Wolfson financed her own higher education, which included stops at UCLA, the University of Texas at Austin, and the University of Houston. “The biggest issues facing the city of Glendale are managing growth and financial sustainability,” Wolfson said. She would consider  new projects “without undue influence of special interests,” while also creating additional financial data that would make it easier for the public to understand the city’s true financial status. Wolfson said she would like to see the city’s residents become more united, too.

Also on the ballot this year is Measure L, which would require term limits for city council members. If passed, the measure would restrict council members to a maximum of three terms.

Election date is set for April 4. To find your local precinct, visit www.GlendaleVotes.org.