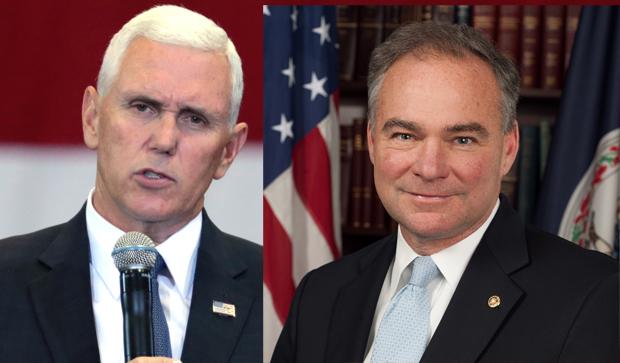 Presidential nominees Hillary Clinton and Donald Trump debated for the second time on Sunday at Washington University. The tension was palpable between the two candidates, as neither opponent offered a handshake when they took the stage.

CNN anchor Anderson Cooper and Martha Raddatz from ABC moderated the debate. It was town-hall style, meaning undecided voters were able to ask the candidates questions screened by moderators.

The debate came on the heels of the video released Friday in which Trump bragged about groping women, which he said he was free to do because he was a star. He addressed the country with an apology Friday evening. When Cooper asked Trump about his comments, he repeatedly relayed it back to “locker room talk.”

In an even weirder turn of events, Trump held a press conference hours before the showdown with Hillary Clinton with Paula Jones, Kathleen Willey, Kathy Shelton and Juanita Broaddrick, women who had accused former President Bill Clinton of sexual assault.

On Sunday, while candidates were meant to be addressing voters’ questions, it took only 10 minutes before the video footage of Trump was discussed and 17 minutes before he brought up Bill Clinton’s infidelities.

“You can say it any way you want to say it, but Bill Clinton was abusive to women,” Trump said.

When asked how each candidate thought they modelled appropriate behavior for today’s youth, Clinton responded, “What we all saw was Donald talking about women, what he thinks about women, what he does to women. I think it’s clear to anyone who heard it, it represents exactly who he is. We’ve seen him insult women, rate women on their appearance, embarrass women on TV and twitter. . . . It represents exactly who he is, because we’ve seen this throughout the campaign.”

Trump took jabs at the Democratic party and Debbie Wasserman Schultz, the DNC chairwoman who resigned after emails leaked of her conspiring against Sen. Bernie Sanders in the primary election.

“I was so surprised to see him sign on with the devil,” said Trump, referring to Sanders endorsing Clinton after his defeat.

“It’s just awfully good that someone with the temperament of Donald Trump is not in charge of the law in our country,” said Clinton.

“Because you’d be in jail,” Trump interjected with the cheers from the crowd.

Trump went on to publicly disagree with his running mate, Gov. Mike Pence when referring to the humanitarian crisis in Syria.

“He and I haven’t spoken and I disagree,” Trump said.

Governor Pence was declared the winner in his debate against Clinton’s vice presidential pick Sen. Tim Kaine on Oct. 4.

“Voters rarely scrutinize debates line-by-line, instead making their judgments on the overall tone and performance of a candidate,” said CNN analyst David Gergen. “Pence will not fare well with fact checkers, but his poise and polish played well with voters. For better or worse, style counts a lot in these debates.”

CNN reported Pence’s success came by “throwing Trump under the bus and refusing to defend him from Kaine’s criticisms.”

Kaine was on the offensive throughout the evening. Fast-talking and seemingly nervous, Kaine drilled Pence regarding Trump’s controversial comments throughout the campaign. Pence refused to acknowledge them altogether.

“Six times tonight I have said to Gov. Pence, ‘I cannot imagine how you would defend your running mate’s position.’ And in all six cases, he has refused to defend. And yet, he is asking everybody to vote for somebody he cannot defend,” said Kaine.

Pence wasn’t rattled. He chuckled at some of Kaine’s remarks. He addressed viewers many times throughout the debate at home by turning and speaking to them directly.

The GOP website slipped up by declaring Pence as the winner 90 minutes before the debate had begun.

“Mike Pence made the most of his opportunity to debate Hillary’s VP pick Tim Kaine,” the GOP site wrote. The page has since been taken down.

The next presidential debate is scheduled for Wednesday, Oct. 19.