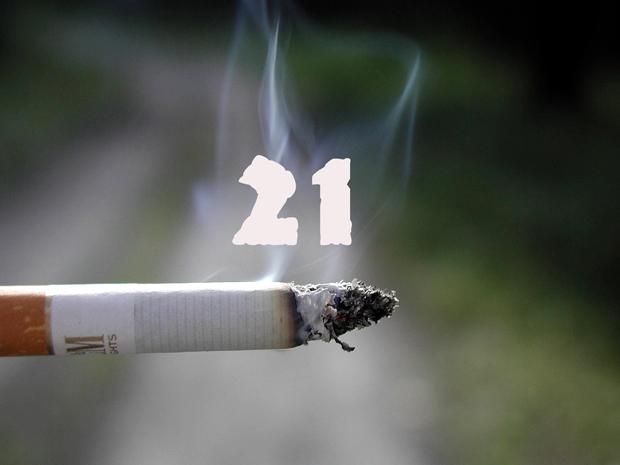 California Gov. Jerry Brown has signed a bill to raise the legal smoking age to 21. The law will take effect on June 9, restricting many tobacco companies who sell both electronic cigarettes and tobacco cigarettes.

Tobacco businesses are banned from selling any e-cigarettes to people under the age of 21 and the law will prohibit e-cigarettes in most public areas. Lawmakers and many anti-tobacco advocates are happy with the new law while others don’t agree with the governor’s decision.

The Smoke-Free Alternatives Trade Association, a vaping industry that claims that its products help tobacco users to cut back on smoking, believes that with Gov. Brown’s decision, there will be a setback for those who are trying to quit. They believe that the law will be sending the wrong message that using vaping products is another form of tobacco, when it isn’t.

Vaping or vapors, use Propylene Glycol (a colorless liquid that is odorless and has a faint sweet taste) or Vegetable Glycerin (same substance as Propylene, except it’s less toxic.) This device stimulates the same experience as smoking, yet is an alternative route. Some vapors even consist of a fruit-like flavor. Though it isn’t 100 percent safe, it allows those who use it to have a less toxic experience than with tobacco.

When the bill was brought up, there was controversy around the situation. Many believed that passing the law wasn’t fair for those who were military based. Eighteen-year-olds are able to vote and sign up to go to war, but they can’t drink and now, they aren’t able to smoke. With this in mind, a stipulation was later added, excusing eighteen-year-olds from the law.

“Even though it isn’t fair for some 18-year-olds who aren’t going to be able to buy anymore tobacco, those who are risking their lives for our country should be rewarded a little bit of freedom,” GCC student Alexander Holtz says about the possible military exemption situation.

Anti-Tobacco groups are currently collecting signatures to raise tobacco taxes from the original 87 cents up to $2 per package. If there are enough signatures on the petition, the proposition can eventually be sent to Gov. Brown.

“I think raising the taxes up to $2 dollars is a bit too much,” GCC student, Emily Candeleria said. “I understand that smoking is a bad habit, but raising the taxes that high won’t solve anything. [Anti-Tobacco groups] should just leave it as it is and let the state decide what’s right.”

Another student, Timothy Barajas, believes that the raise won’t change anything. “It’s like when it comes to alcohol — you’re not able to drink until you are 21, but there are underage individuals who still drink. They or a friend who’s 21. Smoking will still be a problem.”

While signing the legislation, Gov. Brown also signed to regulate charter schools to be tobacco free and have tobacco free workplaces, including businesses and hotel rooms.