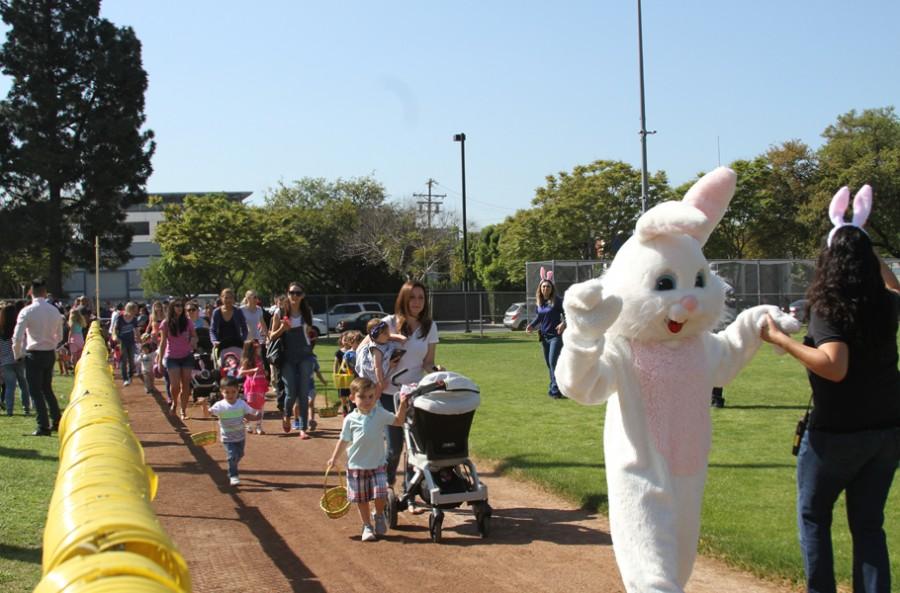 Families of all cultural backgrounds arrived at the event that opened with mariachi music and an early easter egg hunt for the children.
The Easter Bunny made an appearance for picture taking with kids and giving out free hugs. Activities such as spinning the wheel and crafting kept kids engaged with each other and entertained.

“This is an important event that commemorates the life of Cesar Chavez and kids are able to learn about his values of empowerment and equality that uplifted the Latina life,” Glendale Mayor Ara Najarian said.
Najarian spoke about how this event brings the community together to learn about their neighbors’ heritage.

Glendale is widely known for having a large Armenian community, but events such as these demonstrate the diversity of the city, encouraging everyone to learn more about the Latino community.

Families were given the opportunity to learn about the cultural history and background of Latinos through speaker Jessica Estrella, vice president of Strategic Communications. For 20 minutes she talked about the accomplishments of Cesar Chavez and how he led the struggle for farmworker rights in California.

She provided basic knowledge of the inspiration and impact Cesar Chavez has had in Latin American lives.

Chavez, who died in 1993, was a civil rights activist who used nonviolent tactics to protest unjust treatment. He was able to succeed in lifting the minimum wage and improving the conditions of those who toil in the fields of Calfornia farms.

“The central theme of this event is how we have a community that offers to expose other cultures and other cultures are able to come, learn and enjoy the event which brings the community together,” said Dan Bell, a Community Relations Coordinator, as he helped serve free tacos.

Bell has been working this event for three years and continues to enjoy the smiles and joy it brings to the faces of families. He explained that this is just one of many events that Glendale has to offer that encourages diversity and knowledge of other cultures.

The unifying theme of the event was demonstrated by an African American father blowing bubbles with his son, while a caucasian father and his son joined in on the fun by poking at the bubbles.

Strangers were becoming friends instantly in the Glendale community.
“I moved here from New York recently, so this is my first time at this event and I was surprised and happy to see how, after almost two decades, the legacy of Cesar Chavez is still alive,” Nereida Gomez said.

“We don’t have events like these back home, so it was nice to see people of all backgrounds come, enjoy, and support this day to learn about a man who fought for more than higher wage,” Gomez said as her daughter sat next to her happily eating a taco and watching Hispanic dance performers.