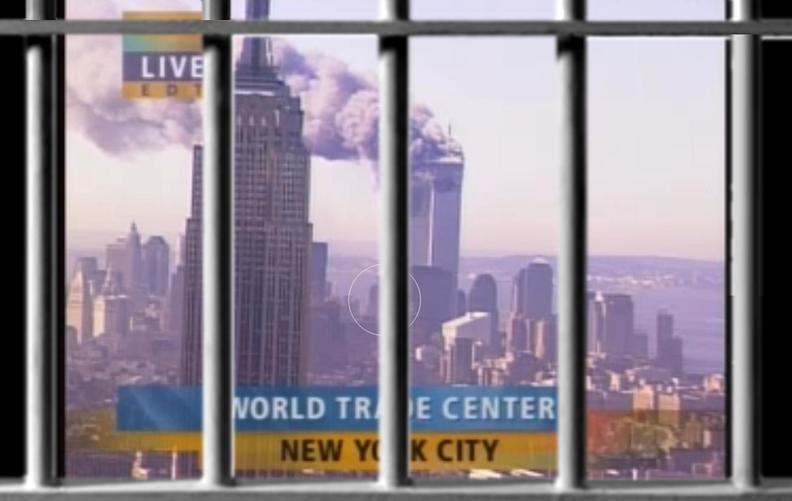 Everyone remembers where they were on significant dates in history. Our grandparents may remember what was happening on Dec. 7, 1941 when the Japanese bombed Pearl Harbor. Our parents most likely remember where they were when President Kennedy was assassinated or when Neil Armstrong took that step onto the moon. For those of us old enough to remember that fateful day in 2001, there are millions of stories.

I was in the King County jail in Kent, Washington, just south of Seattle, on September 11, 2001.

I had been detained on an FTA , failure to appear warrant, after missing a court date about some minor charge that I can’t even remember, but when you don’t show up for your court date it creates a whole new set of problems.

So I had to stay “in stir” until the next available court date which, in this case, was two weeks away.

There I sat in a 6×12 foot concrete room with a small, reinforced window that looked out over the common space from the second tier. The stainless steel seat-less toilet and the scratched-up sheet of metal bolted to the wall in lieu of a mirror gave my room a suicidal kind of charm.

I climbed from my bunk on that particular morning, stretched, brushed my teeth in the trickle of water from the sink (also stainless steel completing the industrial-death décor) and peeked out through the six-inch glass at a small corner of the TV screen, which was mounted on the wall below me and above the main floor.

I couldn’t hear what was happening, but I saw over and over again the image of an explosion and the twin towers toppling from various viewpoints. I assumed it was a trailer for some Hollywood disaster film in CGI and I lay back in my bunk contemplating the springs above my head until a buzzer sounded, indicating that my cell was now unlocked and I could proceed to stand in line for my delicious breakfast.

As I descended the stairs tightly pressed amid the other charming upstairs neighbors, I saw more than the usual amount of inmates gathering around the TV, eschewing their powdered eggs and cold un-buttered toast. My attention drifted to the screen and I began to realize that something of great import had happened.

I too exited the queue and meandered over to the common area beneath the newscast to a spot where I could hear what was going on. Even the guards who normally would have shooed us back into the line were riveted to the awful scene unfolding before us.

Impossible, I thought. This can’t be real. But it was more than real. It seemed like some sort of hyper-reality as the more civilized of my roommates, the screws and I remained glued to the spot. I even noticed a tear running down a cheek or two.

Soon we were herded off to our respective luxury suites to await the next ‘out’ time which would be in another two hours or so. I could hear a bit from my room but I couldn’t really follow the story. Generally the wait between breakfast and first out seemed long, but this day it was an eternity. I had to know what was happening.

Finally we were buzzed out and I flew down the stairs to get a good seat. When I arrived there was an argument already in progress between two inmates, one a trustee who had been following the story the entire morning.

“Turn that shit off,” the not-trustee said. “Put on Price is Right. We watch Price is Right this time of day.” To my amazement the crowd agreed with this imbecile. I’m thinking, ”This is the worst attack on this country since Pearl Harbor and these people want to watch Bob Barker make people guess the price of a toaster?”

Just then the trustee said, ”This is the worst attack on this country since Pearl Harbor and these people want to watch Bob Barker make people guess the price of a toaster?” Smart guy. Maybe that’s why they trusted him.

The argument continued, distracting my ability to process the news. I was getting a bit miffed but I wasn’t going to walk up to the biggest guy in the room and hit him in the throat like the age-old prison advice says to do. I remained cowardly mute, but unharmed.

Happily the guards solved the problem by turning on another TV over by the showers that was tuned to the game show, leaving those of us with brains to ourselves.

Note: It is not good to advertise intelligence in a jail environment. Being smart makes you as much of a target as being small or gay. Only if you are huge and smart or huge and gay can you get away with announcing your proclivity without abuse. Obviously you can’t be huge and small but you can spend a lot of time working out or learning martial arts.

However, on this September morning we didn’t care who looked at us while we watched and cried and yelled at the TV screen. When the second tower collapsed and the dust and shrapnel coming down the street was caught on film by a diner patron, some of my cohorts actually jumped out of their chairs. It was like a scene out of the movie “Independence Day” when aliens were destroying New York.

News of the attack on the Pentagon came in later but there was less coverage. The government put a lid on the press quickly. Matters of National Security. Hush hush and all that. Still, we got the gist. Then the third plane that went down over Western Pennsylvania hit the news. Jesus, are you kidding me? How could this happen.

For once, having an inquisitive mind paid off for a few of us. A concerned guard allowed our group to stay with the trustees while the other inmates were hustled back to their cells to await the lunch break.

I remember it as a long and exhausting day even though I hardly left my chair. Sleeping that night was impossible. I lay awake, anxiously awaiting more of the story — like putting down a good book too soon or watching an exciting action movie and turning it off in the middle of the best scene. Morning could not come soon enough.

When the breakfast buzzer finally sounded, I was in a fugue state as I zombie-walked down to the TV area. The news was on at an inaudible level and the guards were no longer paying attention. I guess they had followed the events at home for the last twelve hours and were already well-informed. They sternly told the few of us interested in the news to get our trays of pre-prepared goop, eat it, and return to our cells.

There would be no mercy today. Sept. 12, 2001 would be just another day in the life of no-good, court appointment-misser like me. The TV would go back to Oprah, the buzz would die down and I would have to wait for two weeks to even read about it in the newspaper. I would go back to three-hots-and-a-cot for the remainder of my stay at the King County Luxury Suites and only imagine what those on the outside knew. Osama Bin Who?