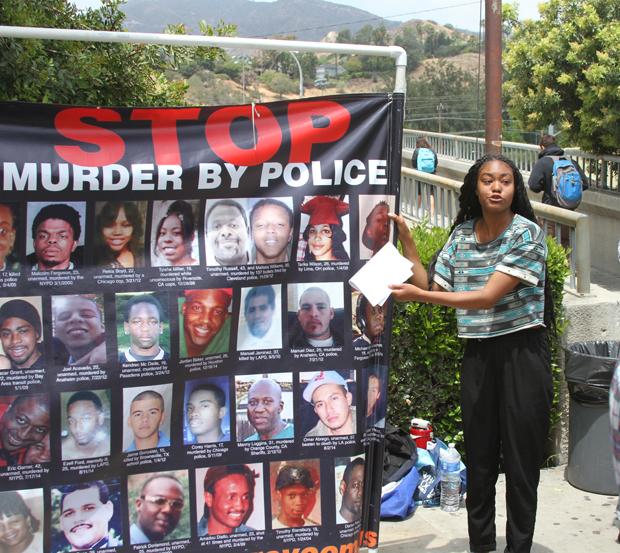 Breona Vaughn holds a banner depicting minority killings by police nationwide. The Revolutionary Communist Party, USA staged the event Tuesday in front of the administration building. The organization had permission from the college to be on campus. Campus Police Chief Gary Montecuollo said he asked them to move onto the campus because they were blocking traffic. “I just don’t want anyone to get hurt,” he said.