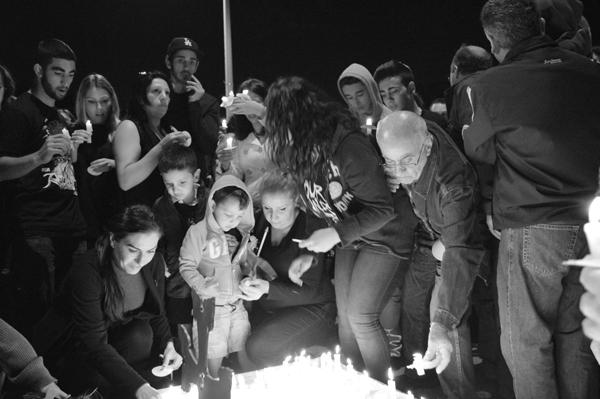 The board of trustees passed a resolution last September that officially recognized April 2015 as a “Month of Commemoration of the 100th Anniversary of the Armenian Genocide of 1915.” A series of events and lectures taking place on campus throughout the month will commemorate the centennial of the genocide.

History and Political Science Professor Levon Marashlian was initially approached by President David Viar to form a committee that would implement the goals of the resolution. Marashlian invited Sarkis Ghazarian, an academic counselor, and Osheen Keshishian, Extended Opportunities Program and Services counselor, to meet with Viar about the committee.

Marashlian, Ghazarian, and Keshishian got a head start on planning the upcoming educational and cultural events. They also decided on the different representatives to include from groups they believed would adequately contribute to the cause.

By utilizing resources possessed by the students, faculty and staff on campus, the committee is implementing various programs developed specifically for the occasion in order to carry out the spirit of the resolution.

Their plan is to “show that 100 years later, the Armenian people, both here at Glendale College and around the world, are a thriving community,” said Ghazarian. “[Armenians] are involved in a whole range of life’s activities, whether it’s social, economic, or political.”

Bazikyan is looking forward to each of the events because they show how far GCC has come in recognizing the genocide since she’s been here.

“During the past few years, we’d normally have an event on the Thursday before the 24th and only collaborate with ASGCC, but this year we have month-long events where board members and the college staff are involved,” she said.

Ghazarian credits the extensive program to the resolution and said that “without the board [of trustees], it would be hard to have the campus behind you in order to do something like this.”

During an interview in September, Osheen mentioned that there would be one event per week for four weeks in April. The official list of events, however, marks that the proceedings land on every Tuesday and Thursday of April, with two in March and another that runs through the first week of May.

The campus will be closed for Spring Break (April 11-16), therefore the committee had to condense their plans into a three- week time period.

A link to the full schedule of events is on the home page of the college website at www.glendale.edu/index.aspx?page=6945/

“One of the reasons why it’s important to remember the Armenian Genocide here at GCC is that it is a part of American history,” Marashlian said. “We rarely see the topic in textbooks, mainly because of political considerations, even though it was a big issue from 1915 to 1927, even though the US National Archives contain some of the most important evidence, even though American Near East Relief raised millions of dollars to save Armenians, even though the issue has, and still does come up in discussions and debates at the highest levels of American governing circles.”

Marashlian will further discuss this issue during his April 9 lecture, “History and Politics of the Armenian Genocide,” in the auditorium.