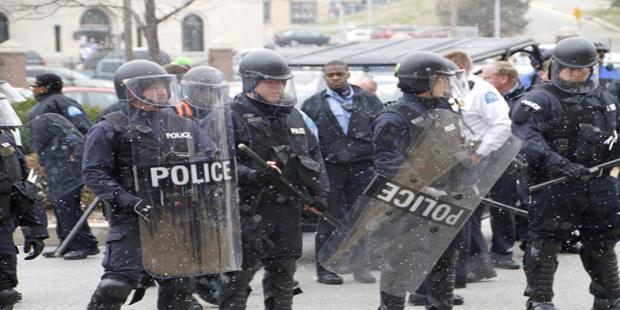 The echoing sounds of gunshots resounded throughout the town of Ferguson, Mo. after Officer Darren Wilson, the man who shot and killed 18-year-old Michael Brown, was not indicted by the grand jury on Nov. 24.

Protests broke out through the city where more than three months ago, Brown was shot 10 times and left dead on the ground. Police in riot garb separated the rioting crowds with tear gas and smoke, as the town was set aflame.

Wilson, 28, previously faced possible charges ranging from first-degree murder to involuntary manslaughter, according to St. Louis County prosecutor Robert P. McCulloch. However, he was acquitted of all charges on Nov. 24.

Wilson resigned on Saturday, stating that he “may put the residents and police officers of the City of Ferguson at risk” and hopes that his resignation “will allow the community to heal.”

Brown’s family released a statement that night saying, “We are profoundly disappointed that the killer of our child will not face the consequence of his actions…we ask that you channel your frustration in ways that will make a positive change. We need to work together to fix the system that allowed this to happen.”

President Barack Obama also made a statement at the White House briefing room that night. “We have made enormous progress in race relations over the course of the past several decades… there are still problems, and communities of color aren’t just making these problems up.”

A little more than 1,800 miles west of Ferguson, people in Los Angeles took action — many of them protesting in the streets and on freeways.

Over the course of three days, more than 300 Los Angeles protesters were arrested — with 145 arrested on Wednesday alone.

The outcome of Wilson’s trial sparked multiple organizations to host  a media teleconference held on Nov. 25 to discuss and address problems with the police force’s relationship with the community.

“We need to eliminate disparities in the criminal justice system,” said Laura Murphy, director of the ACLU Washington legislative office.

“On a local level, what can we do to promote change?” asked a reporter from Urban Link.

Speakers discussed a social media blackout for the period of time that represented the four and a half hours Brown was left in the street after his death and a boycott on Black Friday to “exercise the economic strength” of those fighting for reform in the justice system.

They also discussed the implementation of cameras on all members of the police force throughout the country, a practice that was put into action on members of the LAPD in early January.

Talks of the demilitarization of campus police throughout schools in the country circulated during the conference call, as well as a peaceful march from Ferguson to the home of Missouri governor, Jay Nixon.

“Change should be brought about,” said a member of the NAACP.  “Embrace reform.”