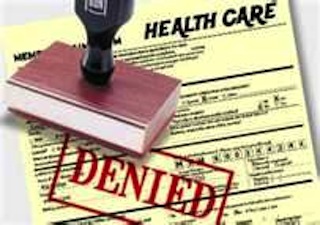 A new campus policy has stirred frustration among international students who, despite having private insurance plans that cover expenses in the United States, are now required to purchase insurance provided by the school.
“I feel like we are all being used in a way we do not deserve,” said Swedish student Marine Råbom.
Mandatory insurance for international students has been required by Santa Monica College and many other community colleges in the Los Angeles area as well. However, before the fall semester, international students at Glendale College could get their insurance fee waived by providing documents to the International Students Office that proved their private insurance plans covered up to $100,000.
The insurance provided by the school costs $456 per semester, which is about $200 less than previous semesters. Although the insurance is cheaper than before, all international students are now required to purchase it along with other enrollment and tuition fees.
With Swedish student loans and grants, Råbom said that she receives about $700 to $800 a month. This money is supposed to cover all expenses, including rent, food, tuition and leisure. Since international F1-visa students are not allowed to work in the U.S., apart from the few opportunities offered on campus, $800 a month is a very tight budget to live on.
Additionally, Råbom’s private Swedish insurance costs $555 every six months. The money Råbom saved by not having to pay the campus insurance fee helped her cover more expenses and afford traveling, while also leaving room for leisure activities.
Many students do not see the point of paying the campus insurance fee because their private plans offer better coverage. For example, the Swedish insurance covers everything and at any hosptial in case of emegency care. During non-emergency visits, the insurance campany provides a list of hospitals and doctor’s offices where the insurance is valid, and the student will not have to pay anything. The college’s insurance plan offers 100 percent coverage; however, only once an out of pocket amount has been paid, at certain participating medical aid locations. If a student were to recive care from a nonparticipant location, the insurance would only reimburse a student 60 percent of the visit.
The school’s plan also requires students to pay more money out of their own pocket when visiting a doctor’s office or hospital. For example, if a student were to receive medical care at a hospital, the insurance comes with a $250 dollar deductible, which would have to be paid out of pocket. For a visit at a doctor, there is a $25 amount per visit. If more serious injuries occur, surgery is needed or a student dies and the body needs to be transported out of the country, the maximum out-of-pocket amount is $5,000.
Because the new plan would require more out-of-pocket expenses, some students keep their private insurance plans while paying for the campus-provided one, resulting in double insurance plans and payments.
In spring, El Vaquero interviewed the International Students Office. According to the ISO, the college has contemplated making the insurance fee mandatory for years to bring it under the same umbrella as other colleges in the state.
“Many colleges in Southern California require students to purchase insurance through the college,” said senior coordinator Aya Saito. “Lots of schools do that. It just makes perfect sense.”
The primary reason for making the insurance mandatory is to ensure that international students are covered and to reduce liability for the college.
According to Diane Smith, an immigration adviser at the international student office, the new policy is also meant to simplify the insurance process for both students and the administration, as language proved to be a barrier between the office and international insurance companies. As a result, filing claims became more problematic and could potentially affect students.
“Many students do not understand our health insurance,” said Smith. “We know what is covered and how to file a claim so we can help. It is better than having to call a country when they speak a different language.”
The International Students Association’s vice president Vanessa Muhl and active officer Jin Soo Chung, who both only use the college’s insurance plan, said that the ISA stays neutral regarding the schools decision to make the insurance policy because there are both positive and negative factors involved.
“Some students cannot get a private insurance because it is too expensive for them, so it is better for them to get it here from the college because it is cheaper,” said Muhl.
However, she is also aware that a private insurance plan from a student’s home country may offer more coverage for a better price than the college’s own plan.
Setting their personal opinions apart, both Muhl and Soo Chung believe that the new regulation might be beneficial to some students.
“For some students, they don’t really know how insurance work in the United States, so I think its better to have insurance in the U.S. than their own country’s insurance,” Soo Chung said.