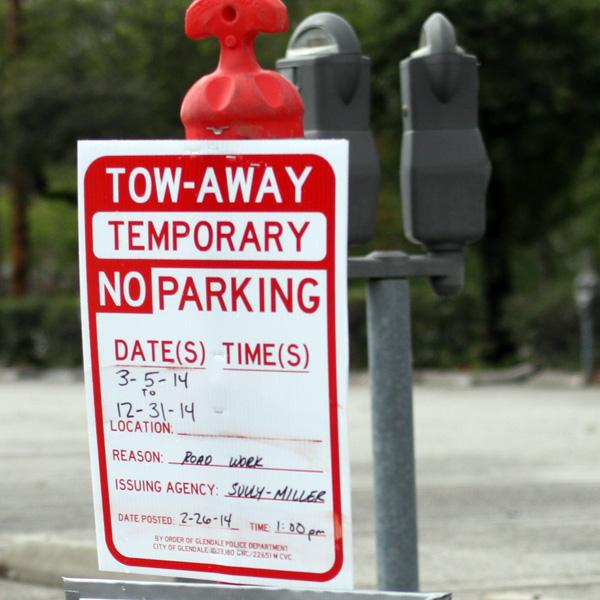 The closure of parking lot 34, across from Verdugo Park,  is causing nightmares for students. A portion of the lot is closed off until November due to construction.

Campus police chief Gary Montecuollo was informed by city engineers that the construction will take place on Canada Boulevard, from Lot 34 to Santa Maria Avenue.

Some signs are misleading with the date of completion, which read “until Dec. 31.”

According to Kevin Carter from Glendale’s engineering department, construction will take place now through November of this year. The City of Glendale has hired Sully-Miller Contracting who will begin construction of the Canada Boulevard Infrastructure Improvement and Honolulu Rehabilitation Project on March 10, 2014.

Montecuollo said that the partial parking closure is to make room for construction trucks to park there.

Students are concerned about the closure and how it will affect them getting to class on time. Oscar Hernandez is a student who drives to campus.

“More people will be fighting for parking spots,” said Hernandez.

Michelle Patatanyan another student is also concerned about the closure.

“People would have to leave an hour early to get parking spots,” said Patatanyan.

All other parking lots will remain open during construction.