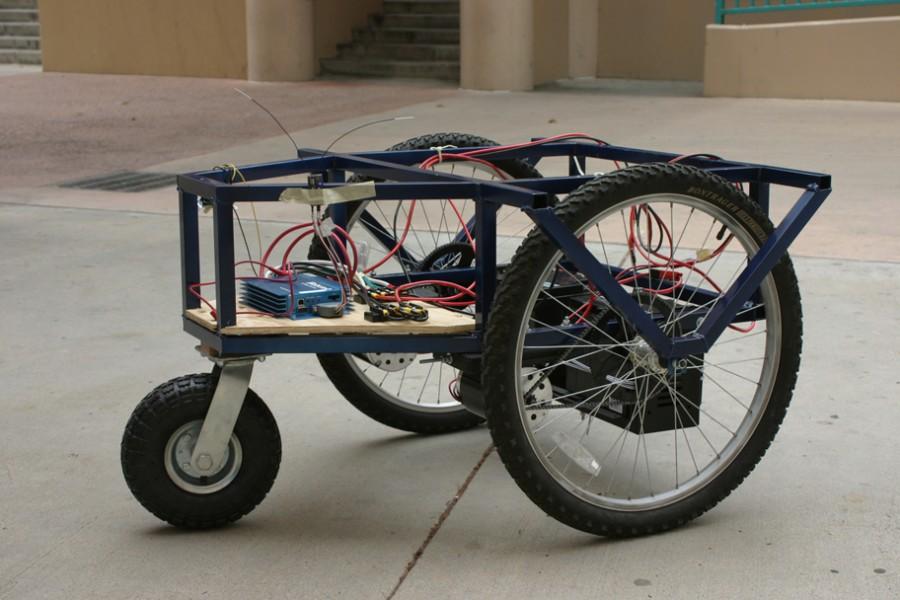 This started in 2006 when the board of governors asked the chancellors to focus on student success. The chancellor’s office provided supplemental funds to see how they could improve. In 2009, transfer students were required to complete English 101 and Math 101.

Young explained that there is a gap from when students take the California Exit Exam in high school to when they enter college. Many students are unprepared for college and must enroll in basic skills courses such as English, reading and math.

The grant would bring in supplemental instruction tutors to ensure all students have access to help outside the classroom.

According to Young, many students do not know about the resources available to them, so the Garfield campus has printed a “Welcome Packet” in five languages to ensure students are informed. With Measure G funds, they have opened a library at the Garfield Campus to encourage reading.

Young said the GCC enrollment of students from Hoover and Glendale High Schools has decreased, whereas students from Garfield have increased by 20 percent.

Michael Ritterbrown, English division chair and co-chair of the Basic Skills Committee, explained the credit side and the Title V STEM Gateway grant. The grant will be awarded $4.3 million throughout a five-year period.

The STEM Gateway grant will integrate and improve the the basic skills education at the college. Instructors and the student instruction will work together.

The English Impact Project makes learning more active in classes. The results showed an increase of a 66.5 percent success rate from 56 percent.

Tom Voden, associate professor in math, presented how another Title V grant is continued for the transfer level.

GCC’s Articulation with Universities for STEM Success is a grant that will be awarded $6 million through out a period of five years. It was named after the 19th century scientist and mathematician Carl Friedrich Gauss.

Voden, who is also the Title V STEM GAUSS grant coordinator, explained how there are three main parts to the grant, which are robotics, paring, and collaboration projects. They are trying to integrate the classes in hands-on collaborative projects. Students are taking computer science, physics and math courses and do not see how they are related to each other.

“Building things and building robots. These have such motivational properties on students,” Voden said. “These students work hours on the robots.”

Additionally, the board approved the agreement between the Associated Students of Glendale Community College and Follett Higher Education Group Inc, which will now manage the bookstore.

Follett will rehire the current bookstore employees and retrain them. The six-year contract includes the option to extend and renew for two successive one-year terms. All commissions will be paid to the ASGCC and will be based on gross sales.

Todd Hunt, the chair of the Measure G Oversight Committee, presented the committee’s findings about the updates of the funds in the 2010–2011 annual report. He has served on the committee since 2008 and was the chairman for the past year.

The Measure G bond was passed in 2002 and is a Prop 39 bond. Under that proposition, it requires a committee to have oversight over the actions. A committee reviews expenditures and makes sure that the funds are used only for projects.

The bond was used for the Garfield Campus, PeopleSoft and the lab services college building, which is on hold pending state funding. The biggest project was Garfield.

“It is a beautiful and wonderful place,” Hunt said. “It is a wonderful asset to our community especially to the south of Glendale. We should be very happy about what we accomplished.”

After reviewing the expenditures and having independent audits done, Hunt said the district is in compliance with Article XIIIA, Section 1 (b)(3).

Mary Mirch, vice president of instructional services, introduced some of the new faculty who were recently hired to the board and the audience.

Mirch gave a professional and personal biography about each instructor. She also said that GCC is only the second college to have ethics in law enforcement offered as a course.