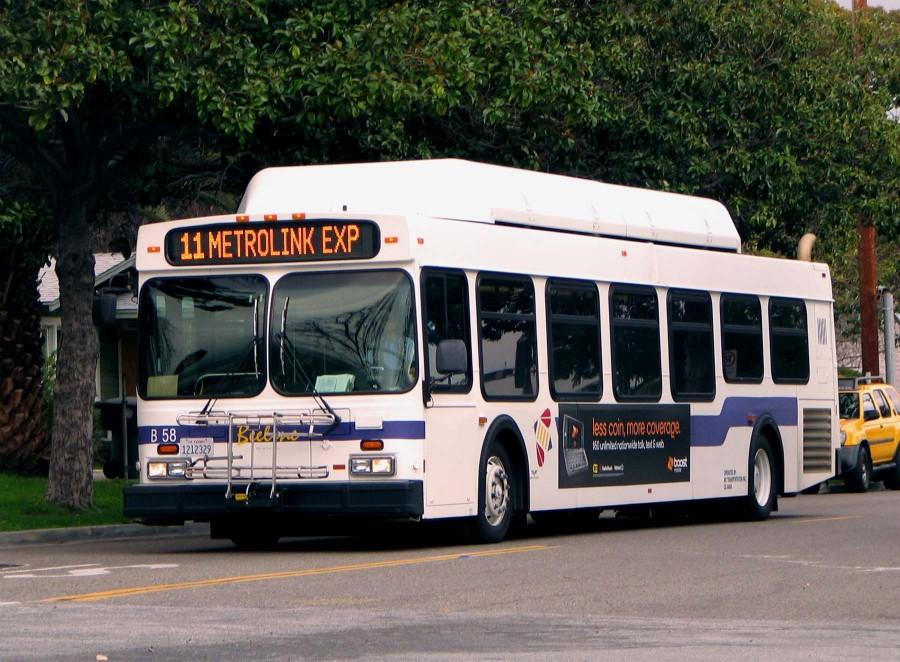 Residents and students who ride the Glendale Beeline buses saw the general fare of 25 cents increase to 75 cents on Oct. 1.

The transit and transportation commission and the Glendale City Council have worked on the issue for two years.

The department presented the council with its recommendations to close a $3.4 million gap between revenues and expenditures.

The $3.4 million gap came from how much money is received every year and how much it costs to run the service. Although they have achieved about $2.5 million to close the gap, there is still a gap left and the fare increase helps to close the gap.

On Aug. 30, the council voted 3 to 2 in favor of increasing the fare for the Beeline and Dial-a-Ride. Additionally, the ages of the seniors increased from 60 to 62 and their fare was raised from 15 cents to 35 cents.

For the last year, the department has been trimming service and knew that raising fares was necessary to earn revenue. If the fare did not increase, then total routes or portion of routes would have been cut.

Avo Stepanian, a second-year art major, said he occasionally rides the Beeline Route 7 to get to the college from his home. He expressed surprise when he heard about the price hike. It was his first day taking the Beeline since the change occurred.

“It’s a surprise. Usually, I like 25 cents because it is cheap and it gets a very good distance from here. Did they really change it to 75 cents?” Stepanian asked.

Beeline driver Richard Gutierrez said some students were reluctant to pay the fare, but most of them paid. He had to remind each passenger with “Bus fare…75 cents!”

“The economy is bad, so they had to increase fares or decrease service,” Gutierrez said. “This has been going on for almost three years. They have been debating on it to the point where they had no choice but to increase the fares. I know it was unfair to students to begin with, but there is a pass for $22 to reduce the cost of the ride.”

Yolanda Zuno, food services worker at GCC, said she has been riding the Beeline for 10 years.

“The prices are fine as long as they have the services,” Zuno said. “If you are taking out stops along the way, then it is inconvenient for the students who have to start early.”

Zuno starts from her home and takes the Metro 92 and Route 3 to arrive at the college before her work begins.

To make the buses more convenient to riders, she said the department should think about extending the hours of the Beeline. Some students have no way of getting home if the service is cut. Also students who cannot afford the Metro pass take the Beeline in Glendale.

“It’s less expensive than taking the MTA,” Zuno said. “They are going to lose customers because a lot of us are going to start going to the MTA. It makes no sense. I don’t mind as long as they keep and bring back the stops in the morning. If in fact they are here to serve the students, then they need to think about the evening kids also and not just the morning students.”

Kathryn Engel, transit manager of the Glendale Public Works Department Traffic and Transportation Division, said they would be happy to provide more service if someone would write them a check.

“It’s really a matter of economics,” Engel said. “We could do as much as we have money to provide the service and we have had requests of ‘can you run later at night’ or ‘can you do more service on weekends.’”

The Beeline’s operating costs for the 2010 – 2011 fiscal year was $7 million. The amount is what it takes to put 32 compressed natural gas buses and four diesel buses on the streets everyday for a year. This includes gas, insurance, drivers’ salaries, safety training for drivers and bus maintenance.

The Beeline’s cost per hour of service was $77.57 last year, which is lower than other transit agencies that are about a hundred dollars per hour.

In the past year, 2.7 million passengers have ridden the Beeline. By taking the operating costs and dividing it by the number of passengers, Engel said the average operating cost per passenger is $2.58.

“Fares have never paid a significant amount of the cost to operate the Beeline,” Engel said.

“Most agencies have a standard of 20 percent. We have been in 4 to 6 percent of the fare revenue. So if you are looking at the Metro or Foothill Transit or any of that, they charge a fare that is 20 percent of their revenue.”

The Beeline has been able to maintain a low fare for so many years because the funding comes from sales tax revenue. With every dollar spent, one-fourth of a cent of that dollar comes back to help pay for Glendale’s transit programs. There are two county ordinances for the local transit tax, which was done in different years, but each one is a half-cent. The sales tax has declined due to less spending in Glendale while the operating costs have increased.

The department researched the fares of nearby transit systems and learned that most fares are an average of $1.10. The Pasadena Area Rapid Transit System also charge a fare of 75 cents. Other local buses charge $1.25 or $1.50.

“For 18 years, it has been a quarter…For 18 years, we all had a really good deal,” Engel said. “The new generation is making up for it, but we are still half the price of Metro. We are the cheapest of any of the regular transit agencies.”

The Glendale Beeline started in 1984 and since then, its fare prices have fluctuated between free and 25 cents.

Anne Brooks, who works at GCC, has seen the changes to the Beeline routes and fares. She has been taking the Beeline since its inception and started taking various buses as a junior high student.

What was previously the Metro 177 has now become the route for Beeline Route 3. Brooks rides the Beeline to get to work at the college.

“I don’t take the Beeline that much anymore. Sometimes, it’s convenient,” Brooks said. “But they keep changing the stops and it’s not convenient anymore like when they take out the stop right here on Verdugo Road.”

Brooks has the Metro E-Z pass which allows her to ride the Metro.

“The cost is going up on everything, so you can see why they have to do it,” she said.

Route studies were done to see how many people board, what time of day and the peak time, and where more or less service was needed.

With the fare increase, the department hopes to achieve a 20 percent fare box recovery which means the passenger fares would equal close to 20 percent of the operating costs to balance paying for the service.

Yasue Tanaka, a television major, usually takes Route 3 before 7 a.m. to get to her job at the college and will take the bus when she returns from school in the evening. After riding the Beeline for a year and a half, she has become accustomed to the 25 cent fare.

“I used to pay 25 cents, now I have to pay more. It’s too much for the Beeline,” said Tanaka, an international student.

She added that she wanted to save money. “It’s cheaper than paying the Metro [fare], and I don’t have a car.”

Stepanian said that the hike will slightly deter him from taking the bus. Usually, he drives to school, but on Fridays, he takes the bus. To make the buses better for the students, he wants the fees lowered.

“They could make it cheaper again because I could save up to $2 in quarters and that would last me for eight bus rides,” Stepanian said. “Now it’s like two or three bus rides with the $2 budget. With $2, you can get a lot more from 25 cents compared to 75 cents.”

Engel does not believe that there will be much change in ridership or that they will lose passengers. The cost is still reasonable compared to the other choices.

“It is still more expensive to own and drive a car and to pay for parking,” she said. “There may be people that live close enough that may choose to walk or ride their bike to school versus take the bus. There may be a few people that divert to other means but because we are still very inexpensive compared to Metro or other services you could take, the other alternatives are probably more expensive than riding the Beeline.”

The transportation department hopes students in the Glendale Unified School District and at GCC will use the student passes for the buses. The district is distributing passes to all of the schools for sale.