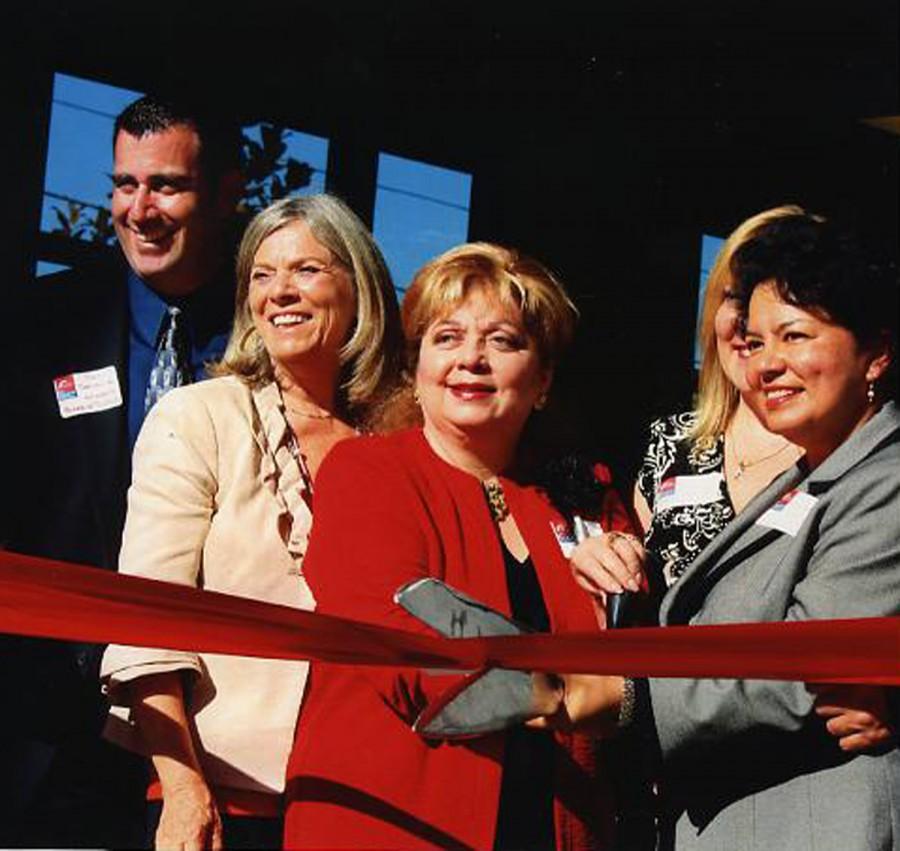 After years of planning and almost three years of construction, students enrolled this fall at the Garfield Campus were the first to use new classrooms, computers and a library. The campus officially opened on Aug. 22.

The newest building was named Mariposa because the campus is close to the historical neighborhood called Mariposa. Meanwhile, the existing building was named Tropico since it is located in the oldest historical neighborhood in Glendale. The names were approved by the board of trustees after Karen Holden-Ferkich, former dean of continuing and community education, asked for suggestions from the campus and elected the names.

The cost for the renovations on Tropico and the construction of Mariposa was approximately $20 million and paid for by Measure G, a bond that includes $98 million set aside for new college buildings and facilities. Some of the funds also went toward building the Parent Support Center, which is not a permanent building. It opened on November 2010.

Prior to the construction, the school used trailers and the basement of the Chevy Chase Baptist Church as classrooms. There were complaints about the noise and the inability to do anything at the church. Some classrooms did not have computers or printers and the computers could not run PeopleSoft during registration.

“Before the renovation, we were a ragtag group,” Ramirez said. “There were garages that were redone into classrooms, which were supposed to be used for a short time, so they were in bad shape.”

With the help of the IT staff, many classrooms have been upgraded to Level 3 and are known as smart classrooms. There are 26 classrooms that are considered Level 3.

To be considered a Level 3 classroom, the room must have a document reader, overhead projector, computer and Internet to allow Internet-based learning. Level 1 is just a room with a whiteboard or chalkboard whereas Level 2 has an overhead projector plus Level 1 criteria.

“I think our commitment to have all Level 3 [classrooms] was smart,” Ramirez said. “Our main campus, I know they still have a lot of classrooms that aren’t hooked up to Level 3, but there are a lot more classrooms there.”

On Mariposa’s third floor, three classrooms offer students a place to use new Dell computers to take typing and business classes. In the open lab, students can sit at one of the many computers to do homework. All of the rooms have depressed flooring, which means the wires and connection to the Internet are under the floor.

Other new facilities in Mariposa include the bookstore. Instead of a book window, students are now able to walk into the store to buy snacks, school supplies and books for their classes.

A community room was built for student use and used for G.E.D. testing and special events. The room can be expanded by moving accordion doors and opening a door that faces Palm Plaza. Ramirez said the door was similar to a garage door.

The entire Tropico Building was repainted. A new library, which also functions as a classroom, was built on the third floor. Garfield has never had a library before because of a lack of space. Ramirez said that students could order books from the main campus and the books will be at Garfield the next day.

About 80 parking spaces have been added to the campus. Now there is parking on the side and in the back of the Mariposa Building.

Due to a lack of space, some students would sit along the parking wall or stand by their car trunks while eating lunch. Now there is outdoor seating and more seats on each floor of the buildings.

“It didn’t seem like an educational facility,” Ramirez said. “I think that’s the biggest change. Now we have what looks like a college. It looks like a place where you can come in and learn.”

One student studying at the tables in the new Palm Plaza was John Roberts. He was at Garfield to refresh his math and writing skills and to continue with his education. It was only his second week at the school, but he has noticed how comfortable the setting was.

“The atmosphere itself is very good to study and for learning,” Roberts said. “I think the instructors that are here are excellent. Everybody over here seems to want to help attain your goals no matter what they are. There are a lot of resources where you can get information needed. It doesn’t really matter why you are here, but the thing is, you can find the help you need.”

Deborah Kinley, program director of the career resource center for Garfield, has seen the changes to the center as it moved from the bungalows to the Mariposa Building. She said she could barely move around in her previous office, which was in a small bungalow.

“I have an office now that I can have visitors and sit around at a round table,” Kinley said. “But the best part is that we can serve even more students in the career center. That’s the best benefit of having a larger career center.”

The center did not have enough seats for a classroom of 30 in the original and temporary locations. To fit everyone, they had to close the center to students not in the class.

Several instructors have brought their classes into the center to show them what is available to them. Kinley does presentations to explain what is offered such as help with resumes or cover letters and interviewing skills.

A new feature is the NOVA workstation, which is a computer that is connected to the Internet and allows audiovisual presentations.

Kinley said there are “regulars” who may not be taking classes here but frequently visit the center to use the resources.

”It’s nice that they can have a place where they can use the computer for free,” she said. “They know all around town where all the free computers are, but they like it here because we don’t have any limits for the time they can be here as long as there is no one waiting for the computer.”

There are about 15 to 25 students who visit the center on any given day, but Kinley expects more students to use the career center. The facility is larger and is located in a well-trafficked area with a bridge connecting it to the Tropico Building. The center used to be in the farthest bungalow from the main building.

“Now we are right in the middle and that is the best thing because people are coming in who just want to sit and do homework,” Kinley said.

With all the improvements at Garfield, it is a matter of time before students will rediscover the campus.

”I think [Garfield] is only going to progress,” Roberts said. “The problem is not a whole lot of people know about it…And the fact that when you are in a financial situation where you don’t have to pay, it makes it excellent.”