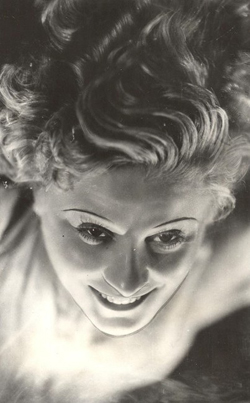 Logging onto the internet and searching for “haunted places near Glendale, CA” will lead to 120,000 results. After weeding out advertisements, all Wikipedia sources, and some more advertisements, there are almost no resources left to choose from. However, there was one useful website, The Shadowlands*, which listed hundreds of “haunted” sites in Southern California.

Not all the information on the website was actually factual, but its listings provided enough ideas to spark some spooky investigations. (A prime example was Glendale’s very own Brand Park.) Moreover, the suggested locations are good incentives to prod around in neighborhoods in order to chat with some locals themselves. These locals will be able to answer questions as to whether or not the area is haunted and/or the types of occurrences that take place.

Which is how these four locations were chosen. Who knows what kind of ghostly things, if any, are actually out there?

I was determined to investigate spooky L.A. What follows are four “haunted” spots, suggested by the Shadowlands website: The history, the haunting, and the investigation of general local creepiness.

History: Forever Enterprises has initiated extensive restoration of the grounds and now offers a revolutionary form of remembrance. Futuristic video memorials–combining family videos, interviews, and even favorite songs of the deceased, let clients decide beforehand how they’ll be remembered.

The appeal of the cemetery comes not only from the countless celebrites buried there, but the striking monuments all over the property. There are giant models of aerodynamic designs which commemorate the works of deceased rocket scientists. There are also monuments for members of the growing local Armenian community featuring a stark black-and-white theme with refreshingly modern architecture.

Haunting: However, the real aspect that gives this cemetery its notoriety is the “Lady in Black”. She visits the gravesite of Rudolph Valentino-a famous 1920’s Hollywood actor. Valentino was nicknamed the “Latin Lover” and his known roles include the silent films The Sheik and The Four Horsemen of the Apocalypse.

The “Lady in Black” permanently covers her face with a veil in order to prevent identification and places red roses in the flower holders of Valentino’s entombment. Urban lore has it that “The Lady in Black” will rub her gloved hands over the lettering on Valentino’s tomb to make certain it was clear of dust and finger prints.

The original “Lady in Black” reportedly was a woman named Ditra Flame.

The legend says that as a child, Flame reportedly was visited by the actor and family friend Rudolph Valentino at her bedside in the hospital. Family members have quoted Valentino saying to the bedridden Flame, “You’re not going to die at all. You are going to outlive me by many years. But one thing must be made certain.if I die before you do; you please come and stay by me because I don’t want to be alone either. You come and talk to me.”

Flame returned to health, but her family friend Valentino died of Peritonitis on August 23, 1926 at the age of 31. Flame upheld her promise and placed red roses on Valentino’s gravesite until her death in 1955. Reportedly, she continues to do so until this very day. The second hallway on the left side- third alcove from the Hall of Prophets (#1205) is home to the “The Lady in Black” and annually on August 23rd her presence can be seen, or so the legend says.

My Experience: The Hollywood Forever Cemetery did not give me the goose bumps and ghoulish experiences I had hoped for- even at Valentino’s gravesite. However, it was a bit odd to see crimson colored roses placed upon his entombment. Urban lore could actually prove itself useful or it could be my psyche playing tricks on me. Beware-don’t sound too skeptical around the frequent visitors of the cemetery. If you ask about “The Lady in Black”, don’t snub the beloved legend because these avid believers won’t even tell you their names.

History: According the university’s homepage, “Woodbury is a specialized, nonprofit, coeducational and nonsectarian university. As we celebrate our 123rd year, Woodbury University looks to the past for stability and guidance and welcomes the excitement and challenges of the future.”

Woodbury University purchased the property in 1986 and renovated the chapel to house the library. The upstairs loft area of the library, now used as a study area, was the choir’s practice room. The rooms on either side of the chapel housed the pipes for the organ. These rooms are now used to store microfilm and archive materials- and those are not the only things present within the library building.

The original library building on campus was erected in 1950 and served as the chapel for the Villa Cabrini Academy, a school for girls founded by Mother Frances Xavier Cabrini. Mother Cabrini was the first American canonized as a saint by the Roman Catholic Church. She lived and performed some of her work in the Verdugo Mountains above Burbank at a “preventorium” (a school for the underprivileged) that she founded for poor girls. She died in 1917, was beatified in 1938, and was canonized in 1946 as the Patron Saint of Immigrants.

Haunting: The ghost of Mother Cabrini, the founder of the convent, reportedly rings the bell in the wee hours of the night quite regularly. Trent Richards, a graphic design major at the university, said, “Walking around in that room when you’re all by yourself-even if it is the daytime. man there’s just something wrong. It’s too peaceful, too serene; you just get the feeling that something’s up. It’s not necessarily a bad thing, but it definitely is NOT normal.”

According to Richards, Mother Cabrini’s ghost can be seen by countless students listlessly wandering the bell tower and the second story of the library building.

My Experience: Although Woodbury’s campus is small in comparison to other local universities like USC, finding the library is an arduous task – especially if you are geographically-challenged. Don’t be afraid to ask a passerby for directions to the library. Chances are they will smirk and flippantly ask, “Looking for Mother Cabrini?”

The room is exactly as Richards describes- eerily peaceful. The shuffling of feet can be faintly heard, but the bell tower remained quiet as a church mouse. It’s not exactly a terrifying experience, but it is not a pleasant one to say the least. The library gives off some eerie vibes, which is why I didn’t stick around too long.

History: Nine 50-foot-tall white letters have captured the essence of Southern California. The Hollywood sign was constructed over eight decades ago on October 31st, 1923 to be the advertisement for a new housing development called “Hollywoodland”. The “land” suffix disappeared in 1949 when the 450 acres of property that the sign rests upon was purchased by the city government.

Desperate for some renovation and maintenance funding, the sign received a drastic makeover. The Hollywood Chamber of Commerce removed the last four letters and renovated the remaining nine, leaving the enduring landmark recognizable by modern standards.

In addition to at least three more face-lifts, the sign has weathered both controversy and neglect including deteriorating letters and vandalism. In 1976, Danny Finegood hiked the vigorous trail up Mt. Lee with a group of friends. They carried stones, rope, and bedding sheets. Overnight the “Hollywood Sign” was transformed into the “Hollyweed” Sign as protest against anti-marijuana legislation passed by the California government in 1976.

Haunting: Now the sign has a formidable fence, 24/7 surveillance, and alarm system. However, these things haven’t stopped the ghost of Peg Entwistle from lingering around the letter “H”.

A successful Broadway actress, Entwistle moved to “Tinsletown” to make it big on the big screen. She never did. Disillusioned with life on Sept. 18th, 1932, Entwistle climbed the 50 foot working ladder on the letter “H” and shakily plunged into the night. Her death dubbed her “The Hollywood Sign Girl” in Newspapers nationwide. A white shadowy orb resembling the figure of a woman c has been seen on the property, especially in the autumn months which are close to the time of her death.

My Experience: The Hollywood Sign at sunset epitomizes the Southern California lifestyle. Pinks, oranges, and reds illuminate the L.A skyline, which is accentuated by the twinkling lights from the numerous skyscrapers. The desert brush atop all the hillsides brings the Mojave right to Griffith Park.

All scenic beauty aside, I have to say the non-corporeal Miss Entwistle did not accompany me that night. However, I felt extremely agitated and depressed for no particular reason. Maybe those feelings came from my anxiety of driving back down Mt. Lee’s steep slopes late at night, or these inexplicable feelings were triggered by a supernatural experience. Either way, I plan on re-visiting the sign closer to the anniversary of Entwistle’s death just to double check.

History: The building first started out as a two classroom grammar school in 1907 and celebrated its hundredth anniversary last year. It has expanded into a large suburban middle school- one of three in the Arcadia School District.

Haunting: Elderly locals and current faculty members claim the school used to have a pool, but a little boy drowned in it. The pool was covered over with asphalt; classrooms and basketball courts now lay upon the area.

Mrs. Soohoo, a seventh grade history teacher, claims to hear footsteps at night through the halls, which not only set off the security system, but drown out the alarms completely. Soohoo said, “I hate grading papers too late at night because I’ll have to walk back to my car and run to the parking lot. The flashing lights and stomping noises really do scare me.”

Loud banging on the lockers has also been heard-not to mention the inexplicable repeated unlocking and locking of the locks on the premises. The toilets automatically flush while the sinks spastically turn on and off quite frequently.

However, the most alarming occurrence is the figure of a little boy wandering through the hallways late at night with a “green glow” to him. Soohoo said, “The janitors always see him- it’s practically once a month, but they don’t really like talking about it.” In other words, there are excellent chances for a ghoulish encounter.

My Experience: Walking on the campus while it was dark, the green orb of a little boy managed to completely evade me. However, the alarm system went berserk and pounding reverberated throughout the hallways. The rational explanation would be that the alarms were short circuiting as a pack of juvenile delinquents stormed around the campus- which is very unlikely, since I was completely alone with the janitorial staff.

* Can’t get enough? Log onto http://theshadowlands.net/places/california1.htm to inspire your next “haunting.”