To Record or Not to Record? 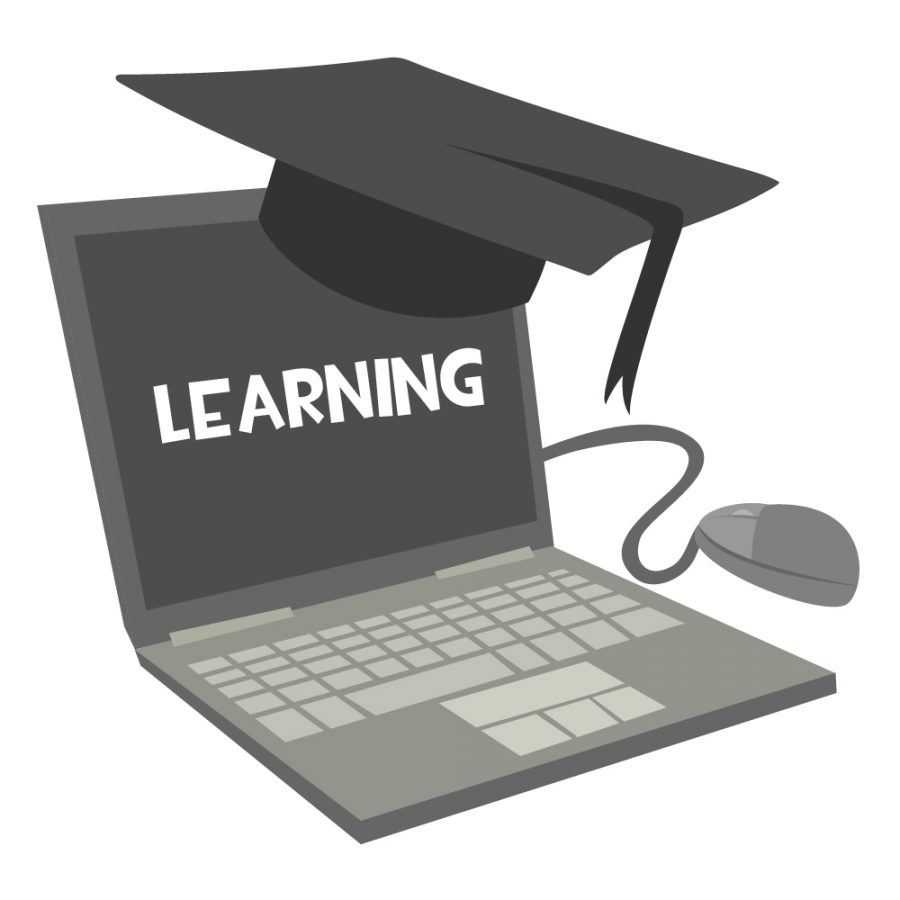 Laptop with a graduation cap perched on it that displays the word “learning” on the screen.

Glendale Community College’s Academic Senate has discouraged the practice of requiring students to use webcams, but in pandemic-era synchronous learning, faculty members have differing views on how their classrooms should be managed.

Throughout the semesters that students have relied on remote learning, there have been many courses with synchronous classrooms, which are usually conducted via ConferZoom. Faculty members and professors across GCC’s campus have differing guidelines asking students to turn on their webcams, or if  instructors record their Zoom lectures for students to reference during their studies.

An important law for all college faculty to observe is FERPA, the Family Educational Rights and Privacy Act, a federal law that aims to protect students’ educational records. The recording of students’ identities might be a violation of FERPA if it were done without their  consent.

Moreover, when video recording is in use, there is no telling what confidential material might be unintentionally exposed, whether that be the face of a minor in the background, or an accidental display of one’s birthday suit, as was demonstrated with New Yorker writer Jeffrey Toobin, who exposed himself in a Zoom meeting. That potential puts synchronous Zoom meetings in a legal gray area, and being that remote learning is still so new in our education system, more formal guidelines from the federal government have not been issued.

GCC’s Academic Senate has been mulling the issue for some time, and has definitely discouraged certain Zoom practices. For instance, on Oct. 1, 2020, the Academic Senate voted to discourage “the use of Proctorio, ConferZoom, and other proctoring programs when used specifically to proctor students and which necessitate the use of multiple devices as well as large bandwidth which present inequitable obstacles for students. The Senate reminds faculty that they should not require that students turn on their cameras.”

However, the issue was hotly debated. Many faculty members have concerns about plagiarism, and both students and faculty believe cheating will increase when students are not expected to have their webcams on. Although the Academic Senate discourages professors from requesting students have their cameras on, History professor Kevin Mack, a member of the Academic Senate, said that “faculty always have a degree of academic freedom. They can’t be forced to be told how to conduct their classes, assuming they are not doing anything illegal.”

Sociology professor Richard Kamei explained  his Zoom webcam policy, saying it “is based on respecting the students’ privacy. There could be numerous reasons why students may not want to have their webcams on due to their particular situation at home, so I choose to respect that.  Also, some students may not even have webcams due to the extra cost.”

Mack explained that “some students feel really uncomfortable seeing themselves on camera. There’s been a lot of sociological research about how it may be triggering for students of color. Another reason is that some students might be homeless, and may not want others to see where they live.”

As far as whether professors choose to record their lectures for students to reference in the future, Kamei said, “My choice not to record the class Zoom sessions was based on protecting the privacy of the students since we often discuss topics that may be considered sensitive.  I also believe that recording the sessions may lead some students to be reluctant to participate in the class discussions.”

On the other hand, Mack said that although he recognizes that some students might not participate in class when they know he records his lectures, he believes that “the benefits of recording classes far outweigh the downsides. It’s a great resource for students if their internet suddenly goes down. In the era of the pandemic, recording a class increases access.”

However, Mack stressed  that one must ask permission to record beforehand.

Arts professor Roger Dickes, president of the Academic Senate, said that “GCC doesn’t have its own proprietary [permission] form, but it’s being worked on.” Theoretically, a permission form signed by students consenting to recorder lectures could alleviate some Zoom privacy concerns. However, permission forms are not legally binding contracts.

The federal government still needs to reassess student rights under  FERPA in remote synchronous learning, which then would obligate GCC to develop comprehensive guidelines that protect students and faculty.

Manifa Baghomian can be reached at [email protected]