No Rest for The Weary

Stripping the needy of the most minimal of comforts, cities continue to embrace “Hostile Architecture” 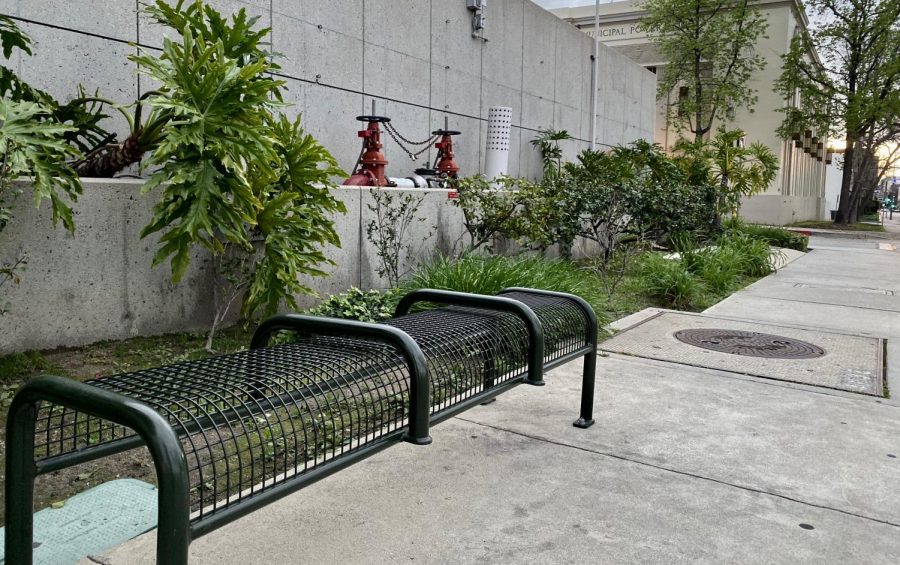 City planning and design takes several angles in the influence it exerts into our daily lives, whether we recognize it or not. Since the incorporation of street lights to pretty much every single block, their profound effect on crime has been well documented and impossible to miss, leading government officials and private property owners to brainstorm exactly how much some design choices can influence, or deter, certain behavior.

The same way fast food restaurants may strategically choose their colors to be more psychologically appealing, and how many supermarkets may narrow isles, local governments have been turned on to the idea more and more lately that architectural changes, however subtle they may be, can have significant impacts on the daily lives of citizens. Particularly, when put in place to possibly deter some harsh realities that oppose the utopian image everyone strives to live in.

One of the most basic principles on the design aspect of hostile architecture is the idea that the intended purpose of said designs would be to protect citizens from being subjected to preventable crime. Now however, with homelessness reaching peak levels in California at around 150,000 according to calmatters.org, we have moved away from empathetic approaches to dealing with the issue out of desperation, and are granting the homeless the title of an eyesore and the class of criminal. In other words, hostile designs went from an idea to make daily life more comfortable and safer, to a reality in which the less fortunate are pushed into a corner and forced to stay there.

The outcome manifests itself in our cities through a list of changes already incorporated all around us: slanted benches, made purposefully uncomfortable so as not to allow for an extended period of rest. Large spikes protruding from the ground behind doorways and alleys (that happen to be the only dry areas not indoors during rain season), and even bus and park benches, with separators disguised as armrests, to prevent anyone from laying down.

Of course, not all architecture used as a means of deterring crime is bad, not to say that the ways listed above are, but obviously some take a more subtle approach. Some examples may have even helped some of us without our knowledge of it, the most obvious being streetlights. What’s less familiar though, could be the case of modern airports, who specially designed their doors to open at an inward angle, allowing for the projection of sound to be greater and more easily responded to in the event of a crime being committed.

Obviously, most reading this have a home to go back to, so why does this matter?

Well, the truth is that if our city government is so willing to do this for us, they will inevitably do it to us. It should not come as surprising that hostile architecture is already beginning to take over almost all public spaces in major cities, regardless of the homeless population there. As more building owners and local officials catch on to the benefits, city spaces are slowly being renovated to remove a majority of benches or ledges to rest in, effectively removing the opportunity for people to actually use and enjoy the space as they’ve been doing before, making us all guilty of loitering.

As shown time and time again, homelessness continues to be an uncomfortable issue to discuss as the state continues to employ new tactics to help combat the issue without tending the flame further. Hostile architecture in our city streets began as a way to get around possible humanitarian approaches to the homelessness epidemic in our country, and has now bled over into becoming a phenomenon that will be hard to do away with given its demoralizing success.

In the age of surveillance, assumed criminality is on its way to becoming  a larger issue than it currently is. Certain demographics are becoming more and more likely to be targeted by methods that are slipped into our daily lives unknowingly, as portrayed through hostile architecture methods that attract so little attention, but affect so many in only negative ways. Little to no research involving the effectiveness of hostile architecture has been released as far as I have found in my research, likely due to the relatively recent incorporation of it in our cities, and the fact that most might not place a priority on benches.