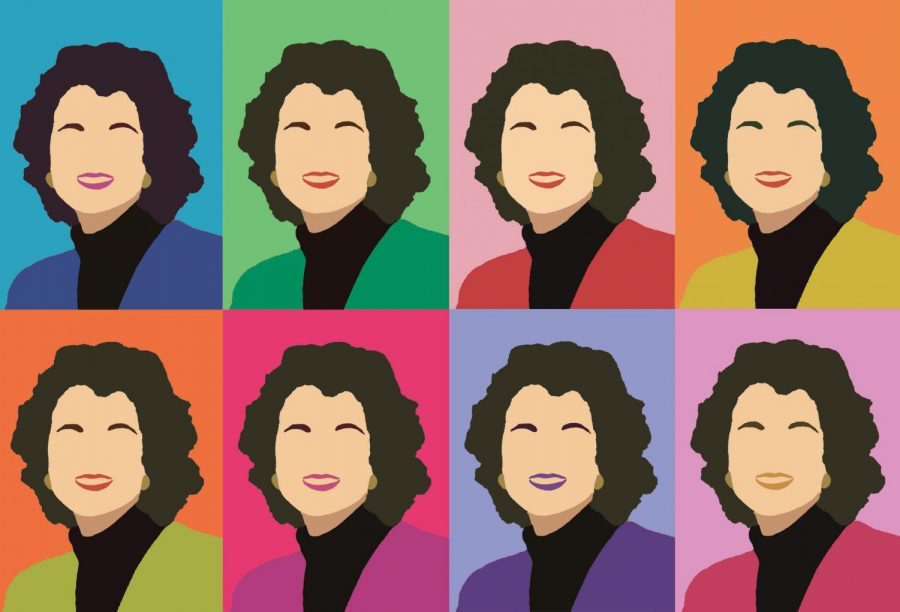 Mona Field, Glendale College’s beloved Political Science professor emeritus and prolific textbook author, spoke with El Vaquero about her career at GCC, as a board member and as president of the Los Angeles Community College District (LACCD), and her current activities which include her work as co-president of the League of Women Voters (LWV). She is co-author of the textbook used in many California schools, “California Government and Politics Today,” and is a frequent speaker on local and state politics.

A native Angeleno, Field will soon celebrate her 50th high school reunion at Hollywood High School. She has been a lifelong advocate of the community college system saying, “I loved the whole idea, first two years, skills, open to everybody and free! I knew from the age of 15 that my goal in life was to teach at a community college.”

When she realized that goal in 1983, “I was in heaven,” she recalled. “My first office was a broom closet, literally.” Field told El Vaquero that she worked very hard to get ready for her tenure interview and was so over-prepared that the chair of the department told her that someone had complained that she must have been given the answers in advance. “I just really prepped,” she said.

She retired after teaching Political Science and Sociology at GCC for 25 years and said that her only regret is “I was too busy with classes, faculty Guild meetings and political activism to sponsor a student club, which I would have loved to do.”

Her deep understanding of politics and involvement with the dynamics of Guild meetings led to Field successfully running for a position on the board of the LACCD. She served on the board for 16 years, twice as president and now works at the LWV, a non-partisan organization that helps to inform people about issues, candidates, and elections.

El Vaquero got Field’s unique overview on some issues of interest to students:

Asked why the school bookstore, cafeteria, and coffee shops are privatized, she explained that they once had been run by the school and in the case of the bookstore, the student government, but the cost of the school paying the wages, insurance and benefits was too much for GCC’s budget and that the cafeteria, for example, had been losing money. It was ultimately decided to privatize those businesses, freeing the school from responsibility and liability.

As the co-author of the textbook on California politics used in Political Science 101, one of the more reasonably-priced textbooks required at GCC, Field is very aware of the perennial student’s complaints about ridiculously over-inflated textbook prices. She explained that there is a law in Calif. that supports open resources and a movement for teachers to use open source, copyright-free material. She also pointed out that used books, e-books and rentals are often available through the bookstore, Amazon or other services online.

While Field agreed there haven’t been enough major advancements in algebra from one year to the next to justify requiring a new math textbook, she said political textbooks do need to be periodically updated, and in the case of her textbook, she has no say regarding when that happens. Her publisher decides when to update based on their economic criteria, has the book prepared in India and then printed in the U.S. Explaining that political changes take place every two or three years, she said, “I beg the publisher, please let me update, but it’s not up to me. I’m a slave to a multinational corporation.”

El Vaquero asked Field why the word socialism has such a bad connotation in the U.S., while it is such a common concept in many European countries. Field said “the demonization of the word is nothing new and has been going on for a hundred years,” recalling the “Red Scare” and the historic Sacco and Vanzetti case from the 1920s. “American capitalism is very defensive about its role,” she said. She also pointed out that Bernie Sanders is a Democratic Socialist.

When asked how to better inform voters about unknown candidates for the lesser understood positions most people don’t pay attention to on the ballot, like judges,she said that one of the functions of the LWV is to provide information about the issues and candidates for all elections, which is available before the elections take place at: http://bit.ly/LWVWebsite

El Vaquero asked her opinion of the idea of lifetime judgeships, as in the Supreme Court, Field said that California has one of the best judicial systems, though it has some drawbacks. She explained that the longest a judge can serve in Calif. is on the State Supreme Court, which is by gubernatorial appointment, with a term limit of 12 years before having to face a review. However, she pointed out that  the Judicial review committee is only three people and said, “if they get two out of three, they’re a State Supreme Court judge, and you might say, whoa, at least for the U.S. Supreme Court they have to pass the whole Senate.”

Field discussed with El Vaquero how young people can become more aware of and be more involved in politics and she suggested some of the ideas that came up when she had her classes brainstorm on the subject: sign or start petitions, participate in postcard parties, join an organization, find like-minded people and talk, join or start a school club, and getting news from reputable news sources instead of social media. She said that even people that are not citizens can participate in protests and mentioned that the multi-cultural center at GCC was also a great resource.

Regarding young women who aspire to politics, Field said that there are various organizations such as Ignite (wwwignitenational.org)., which help women to prepare for a political career. She pointed out that “politics is not a family-oriented thing” and that childcare is an issue with many female politicians, especially those who must travel regularly to Sacramento or Washington D.C.

She recalled that while on the LACCD board she was lucky to only have to travel to downtown LA and that when faced with the childcare issue with her daughter, she had help from her own mother and family. She mentioned another female politician whose husband took care of their children and housework, enabling her to devote herself to a political career.

El Vaquero asked Field for her take on the idea that women are going to decide the 2020 election. While she said it was still too early to opine, she added that in the 2016 election there had been many passive women who had not voted and that now she sees “a lot of energy coming from groups official and unofficial” to mobilize women for the 2020 election.

Field explained that while California was a democratic state, the next election would probably be decided in four key states: Wisconsin, Michigan, Ohio, and Florida. She said that Arizona and Nevada will also be important and that people interested in political activism could go to those states and volunteer to help the candidates they support.

When El Vaquero asked Field if she would run again for political office she said, “no, I’m done”, but spoke about her hopes as an applicant to become a member of the California Redistricting Committee. She explained the extremely complicated procedure which involves weeding the applicants down to 120, selecting 60 for interviews in Sacramento, having them pass a blackball option given to various officials in Sacramento and, after all that, selecting the final names from a hat.

Meanwhile, Field continues writing, speaking and working at the LWV, which claims a “99-year legacy defending democracy.”  A statement from the LWV’s website reads, “The League of Women Voters, a non-partisan political organization, encourages informed and active participation in government, works to increase understanding of major public policy issues, and influences public policy through education and advocacy.”