In Fall 2018, the Cheer and Song team finally made their comeback 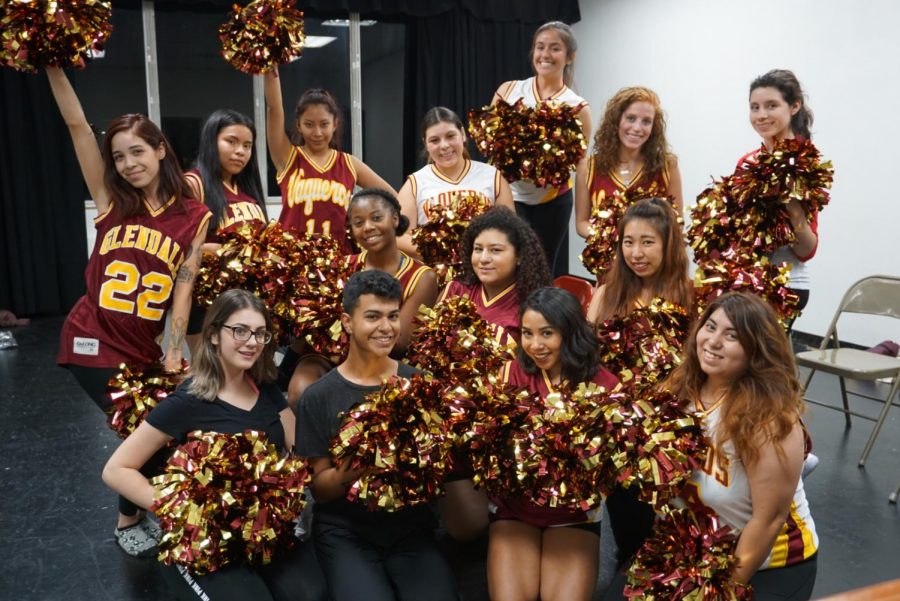 After a decade, cheerleading has made its big return into Glendale College’s athletic roster. GCC’s womens’ sports range from all types, such as basketball, soccer, softball, volleyball etc. With the different varieties available, it is refreshing to experience what each sport has to offer.

In an interview with El Vaquero, Louie Escoto, the head cheer and song team captain discussed the history tied to GCC to begin with. Escoto mentioned that the initial program was canceled over 10 years ago, due to lack of funding, and unfortunately was never brought back until this semester.

This fall, however, things changed and students were once again given the opportunity to try out and join the team. The requirements to join are simple, anyone is eligible as long as they attend GCC. In addition, both males and females are encouraged to join. As for the process, tryouts are held and those who make the cut get placed on the team. Escoto said that they plan on holding tryouts every summer.

The time commitments are weekly mandatory practice on Mondays and Wednesdays from 5:15 to 6:30. From warm up stretches, to formations, to rehearsing full-on dance routines, co-captains Escoto and Celine Voskanian are there to ensure that everything is run smoothly.

The club is centered around a Jazz technique known as “Pirouette,” hence the team being referred to as a Cheer/Song Team. This technique goes far beyond basic motions and involves coordinated leaps and spins. Escoto went on to detail that the club will also place an emphasis on being a song leader, not just a cheerleader.

Initially, 23 students signed up for tryouts. Currently, there are only 16 full-time committed students to the club. This number will increase as the club gains more recognition throughout campus, as of now, the reconstruction of the club is still in the works. The team remains hopeful to perform at future sports events and represent the college at competitions.

Currently, GCC’s cheer and song team is only being acknowledged as a “club,” but the captains have high hopes that more people will join in the following semesters. That may lead the college to recognize this club as a class.

The cost of being involved is $10, which will also cover pom-poms. Their uniforms are vibrant red, gold and white jerseys symbolizing the college’s colors. Escoto and Voskanian are currently rehearsing for football and basketball teams, as well as rallies that the school will hold.