100-Plus Years of Hard Work and Pride

Glendale Police Department opens its doors to showcase its history 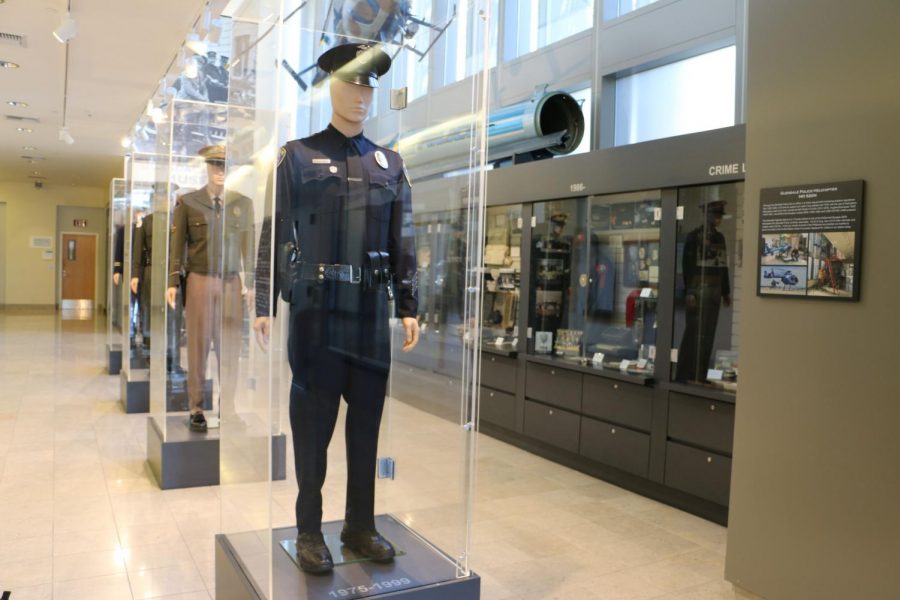 The items used by Glendale police officers back in 1910 look considerable different than the ones used today. So did the homemade weapons used by criminals in the ‘50s. These and hundreds of other historical items can be found in the newly opened Glendale Police Museum, located in the lobby of the Glendale Police Department.

“We had a lot of items that were in our closets and people had at their homes, a lot of historical items, and it was too bad that we didn’t have a way to display all these items to the public,” said Sgt. Dan Suttles, a police spokesman. “One of our coworkers, Sgt. Teal Metts, decided to try to make this happen, so through our Glendale Police Foundation, they were able to raise money through donations of the citizens, of the businesses associations, [and] they were able to gather all the money they needed to construct the museum.”

The museum showcases the history from more than 100 years in the department’s history. Displayed items include badges, a vintage police motorcycle, the very first arrest logbook, a mobile data terminal, weapons, safety equipment, uniforms, and much more interesting and other items that tell stories from the past.

“We have hundreds of pieces of historic items here,” Suttles said. “You can come and take a look at it. I thought I knew a lot about the department that I work for, but I was amazed at many items. Having it here and having it displayed gives us a chance to really learn our own history. And I think that everybody here in Glendale should be interested in history as well. And this is definitely is a part of the history,” Sgt. Dan Suttles explained.

The museum also presents how the police officer’s uniform has changed from 1915 to the present. If one wants to know what it feels like behind the bars, a replica jail cell is showcased among displayed items and visitors are welcomed to enter

“It goes all the way back when the police department followed shortly after, it’s incorporated in 1906,” Suttles said. “We have at least four sets of uniforms that show you how we progressed over the years to what we are wearing now. We have items that display historical events, such [as] landmark investigations.” The spokesman went on to explain that the museum also has old communication devices, old boots police officers would wear, and other equipment on display that show what police officers would carry with them.

The museum is open to the public Monday through Friday, 8 a.m. to 5 p.m.

The Glendale Police Museum is located at 131 N. Isabel St., in Glendale, Calif.