Get your broomsticks ready to fly through time 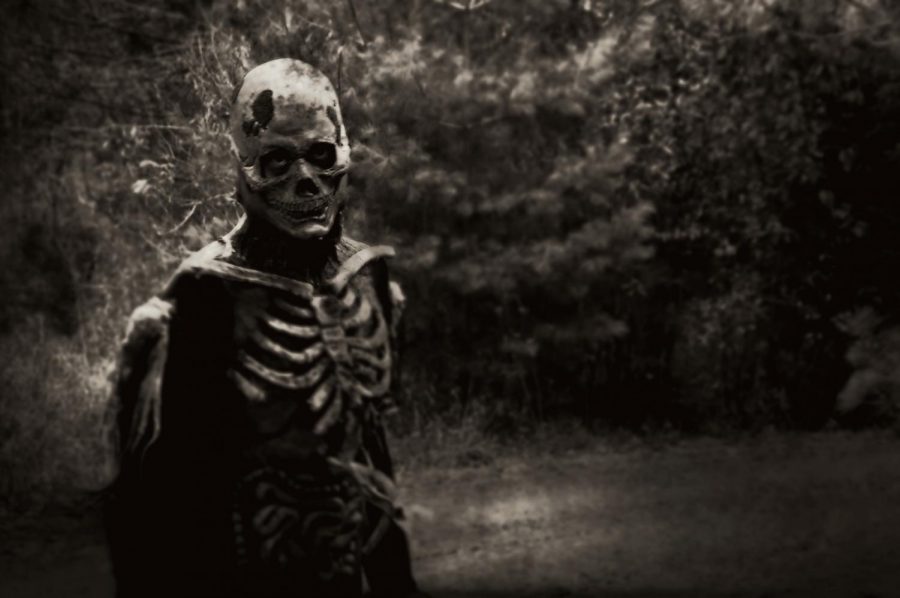 Bringing in the holiday spirit for those who enjoy all things that have to do with Halloween.

Candy, costumes, pumpkins, and ghosts are items that remind us of Halloween. However, this holiday is not what it was once back in the day.

The origins of Halloween go way back. It all started with an ancient Celtic festival of Samhain, it is also a Gaelic tradition and is still celebrated today by many pagans. This festival marked the new year, on the first day of November, representing the end of the summer and the beginning of the dark time of the year.

History.com says that the Celts believed that on this night, the barrier between two worlds, the dead and the living became blurred.  It was considered that on October 31, the spirit of the dead returned to Earth. People dressed in scary masks to blend in with the walking dead as to avoid getting their souls taken away. The people also often left out offerings to deter any monsters and fairies from kidnapping them.

As the rest of the world started adapting the traditions, the actual meaning of the holiday was altered, turning it into a ‘dress-up’ festivity. The belief that a veil between life and death still remains is widely popular in Mexico, known as the Day of the Dead. Celebrated on Nov. 2, this too, entails the same idea that spirits walk with us. Day of the Dead, however, is less of a spooky event, and more of a celebration of life and legacy of those who no longer live.

Though not popular at first, Halloween became very popular as time progressed. It all started public events where neighbors gather to share stories of the dead, tell one another’s fortunes. There was also a lot of dancing and singing involved. More traditions were introduced as the Irish started immigrating to the United States in the 19th century, bringing over their ancient customs.

“Trick-or-treating” was one of the many activities that was brought over from Ireland and England. During this holiday, people would dress up in costumes, gohouse to house asking for food or money. It was also believed that on Oct. 31, young women could find their future husbands with yarn tricks, apple pairings and mirrors.

The Holiday of Halloween is mixture of a lot of different traditions that come together on the same day. Jack-o’- lanterns in particular, are part of an Irish tradition, which stems from “Stingy Jack.” Latter is a folktale about a man who tricked the devil into many devious plots.

After he died, his spirit was forced to roam the Earth, as he wasn’t allowed into heaven because of his misdeeds towards others. On top of that, Jack had already tricked the devil into promising not to take his soul, either. The devil sent him to wander with a coal to light his way, he carved out a turnip as his lantern and became Jack of the Lantern. People bagan to make their own lanterns out of turnips and potatoes and they eventually added pumpkins to the mix.

Like many spiritual celebrations, superstition has also become a big part of the holiday.  Many believe that it is the day for the devil, because of the demon warding traditions. Black cats are widely used during this holiday season. Charming to some, it is needless to say that many others relate these animals to witches, which gives an even more spooky feel to the use of these characters during Halloween.

Many say that if you come across a black cat, it can be a sign that a witch is nearby. It is also said that they can bring bad luck. Spiders are another ‘unpopular’ item of the Halloween-time. According to bustle.com seeing a spider on Halloween means that a loved one that passed away is seeing over you. In conclusion, seeing a spider is not a bad thing to come across.

For centuries and decades, Halloween has been celebrated uniquely in each culture, making this a complex holiday to digest. As we can tell, time has done its part by changing the entire meaning of this wicked festival.

Though it has similar ties to the old ‘habits’ of the holiday, the new way of celebrating Halloween has less to do with meeting monsters or the devil himself, but much like a day of fun. Most people just look at it as a day to go out, dress in creative costumes, and have some fun by either trick-or-treating or attending parties.

Despite the big changes through time, Halloween culture has lived through generations, and has yet to be forgotten. And while it’s still here, we should all have a dance to Michael Jackson’s “Thriller.”