The Most Haunted Ship in America 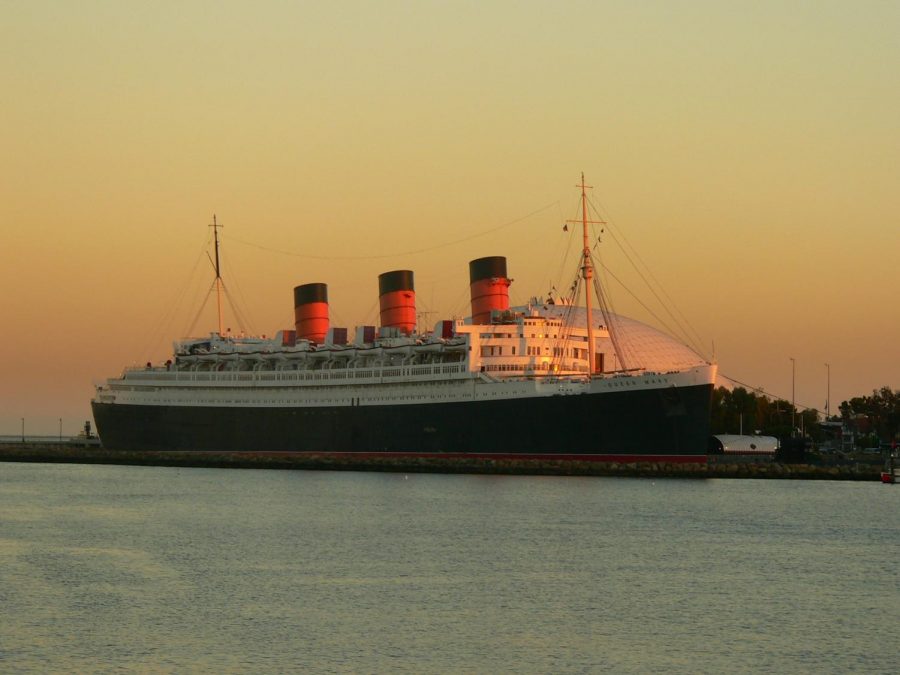 Roaming with spirits and history

There are many attractions happening in the month of October, but there is one place where Halloween is present year-round. The ship exerts paranormal energy, leaving the ghost hunting enthusiasts in awe.

The Queen Mary first sailed on May 27, 1936. It served as a method of transportation for the wealthy to travel between England and New York. To further serve its well-to-do guests, the ship featured five dining areas, two cocktail bars, two swimming pools, a grand ballroom,  and a small hospital. After six years of voyage as a tour ship, on Aug. 30, 1939, the Queen Mary had its final trip with 2,552 passengers.

In the same year, when England and France declared war on Germany, the ship was renamed to the “Grey Ghost” and was painted all grey, losing its previous charm. For the eight years that followed, the Grey Ghost carried troops back and forth between the United States and Europe. After the war was over, it regained its original name and was colored black, red and white, as if nothing ever changed. The Queen Mary took its final sail at sea as a commercial ship in 1966. A year after, on Dec. 9, the historical vessel arrived in Long Beach and stayed put for years to come.

Now, The Queen Mary is used as a hotel, event venue, and museum. They also have days whereupon purchasing tickets, one gets to experience a paranormal tour of the ship, or be part of what is called a ‘paranormal investigation,’ where guests try communicating with the spirits present onboard. Hosting a variety of events, the most exciting one arguably takes place during the month of October. At this time, the ship is transformed into a maze, giving Halloween lovers something to look forward to each year. Normally, there are clowns and other frightening creatures hiding around the mazes, providing a chilling but fun experience for all.

Now on to the ghosts.

Throughout its years in voyage, many accidents and possible murders happened onboard. According to legendsofamerica.com the Queen Mary is known as the most haunted ship in the country, with over 150 ‘spirits’ aboard.

There are many locations that are known to be paranormal hotspots, but one of the most famous ones is the engine room, and specifically door number 13. It is known that during a night shift, a crew member around the age of 18 was crushed by the door.

There are two theories as to how he died, none of which are confirmed. Most say that his death was caused while he was checking the engines, and failed to make it out in time as the gate was closing. Others say his death was caused by foolishness while playing, and ultimately losing, a game of chicken. It is said that the young man’s spirit still wanders around the engine room.

The most famous haunted room of all is B340. Legend has it, that during the ‘60s, a man went insane and brutally murdered two women traveling on the ship. After the guard locked him in room B340, the man kept on saying that he did not want to be in the room as there was someone there trying to kill him. The guards did not believe him, thinking that he was just trying to escape. Hours later, when the man quieted down, the guard thought that he was asleep. Little did he know that the man was actually murdered. The discovery of his brutal murder was made when the police came to arrest him, but instead, found him ripped apart. His limbs were separated from his body and thrown around the room. This B340 was later transformed into a hotel room, which one can rent for $499 a night. A complimentary Ouija board and crystal ball are given, in case the guests want to try communicating with the man’s spirit.

The Queen Mary is known to strike terror into the toughest of people. If you ever find yourself in Long Beach and craving a supernatural experience, just hop aboard the Queen Mary to participate in the events they offer.