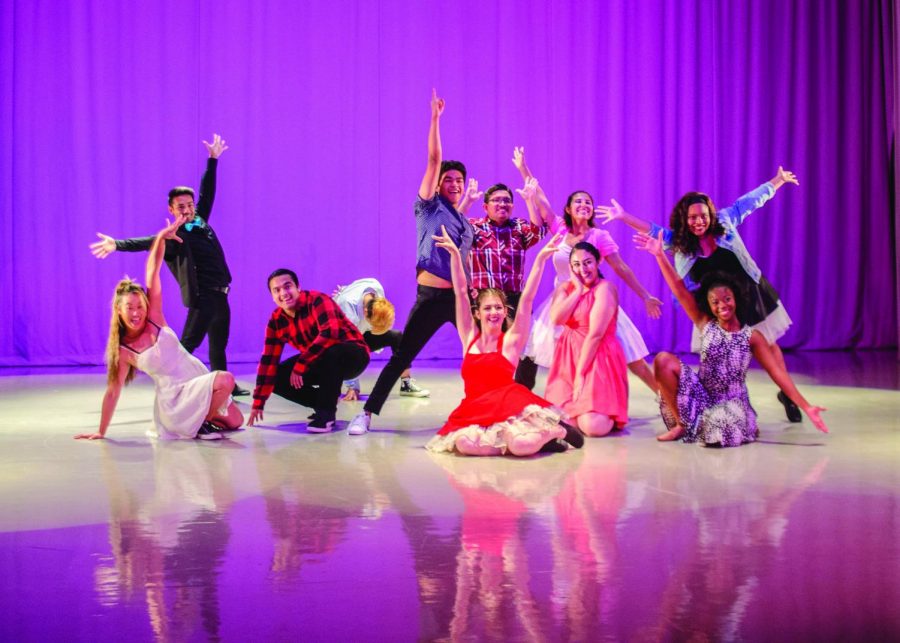 Another successful show for Glendale Community College’s 22-year-old tradition, the PhanatiX Dance Showcase, was held Oct. 13 with an audience of at least 100 people. The show is a legacy of Pat Paczynski and is hosted by GCC’s Dance Club every semester.  [Scan QR-code above to read a previous article about Paczynski.]

“PhanatiX provides a platform for students and the community to share their passion for dance,” said Victor Robles, Dance Department Chair and Dance Club Advisor. He was impressed by the dancers’ commitment, as well as the creativity and energy that was being shared on the stage.

Dance Club members spoke to El Vaquero about their experience.

As the president of Dance Club, 22-year-old Ani Vartani sees a lot of potential among the group of dancers. She loves working with the rest of the club’s officers to create new shows, but also makes students unite as one through dance. “I always enjoy the show because it is something that Dance Club has put a lot of effort into,” said Vartani. “You can never get enough of watching all the hard work the dancers put through for the show.” Vartani does not only fulfill her presidential duties, but also choreographs, mixes music, and keeps the group together with her positive and cheerful vibe.

Tina Sinlapasai, 33, videographer for Dance Club, has a full schedule but decided to join the club so she could keep dancing. Sinlapasai did not only contribute with choreography for the club’s routine, but also filmed every practice so the dancers could review and improve during the short amount of time they had to finish the routine. On El Vaquero’s website (elvaq.com) you can see Dance Club’s routine produced by Sinlapasai.

Celine Voskanian, 20, has several semesters of experience and involvement in the club, and is also the club’s publicist and manages all social media. “Phanatix this semester was amazing as always,” Voskanian said cheerfully. She performed in four routines this show; with Dance Club, Team B.U.K., a solo, and a duet with former GCC student Sarah Queen.

Dance Club IOC representative, Linda Salegio, 19, did her third PhanatiX show this semester. She explained that being part of Dance Club gives her the opportunity to do what she loves, which is to dance and build relationships. “I enjoy being a part of PhanatiX because it’s the time when we get to perform on stage, and it gives us a chance to see other people’s talent and hard work,” Salegio expressed.

Freshman Brandon Betancourt, 17, is a member of GCC’s Dance Club and Team B.U.K. He decided to do the show because he was in a dance team in his high school and missed dancing. “I thought PhanatiX was great. It was so much fun, and even though I was nervous, I had a really good time,” Betancourt confessed.

Mitchell Kim, 18, who is also a freshman at GCC, did his first PhanatiX and has had a lot of fun practicing for the show, as well as making new friends. “This first PhanatiX was a great experience, and it felt so close and like a family,” Kim said with a smile.

Freshman Jose Maldonado, 18, was happy about joining Dance Club for the PhanatiX show. “The reason I joined Dance Club was to escape and relieve my pain and anger,” said Maldonado.

One of Dance Club’s loyal members, Jose Garcia, 29, originally joined Dance Club and thought it was a lot of fun learning how to dance. He enjoyed being part of PhanatiX once again.

Sophomore Eshe Brown, 19, is also an experienced PhanatiX dancer. She has been dancing in the show for a total of three times. Brown likes to meet new people that love to express themselves through dance. “I think PhanatiX is a great way to showcase everyone’s talent and to have fun with people of similar interests,” Brown said.

For the past three semesters, Dance Club has done classical show-themed routines, such as “Fame,” “Grease,” and this time around: “Hairspray.” Many who have followed the showcase throughout the years said Dance Club’s “Hairspray” routine was one of the best they have seen so far. What made it stand out from previous years was the energy and cleanliness, level of difficulty, and highlighting individual talents. Keeping in mind that Dance Club is for all GCC students, dance majors, experienced dancers, and non-experienced dancers, makes the show extra special.

What will next semester’s theme be? To find out, join Dance Club, or come to the spring semester’s show.