Eastern cuisine meets the west in the heart of Los Angeles 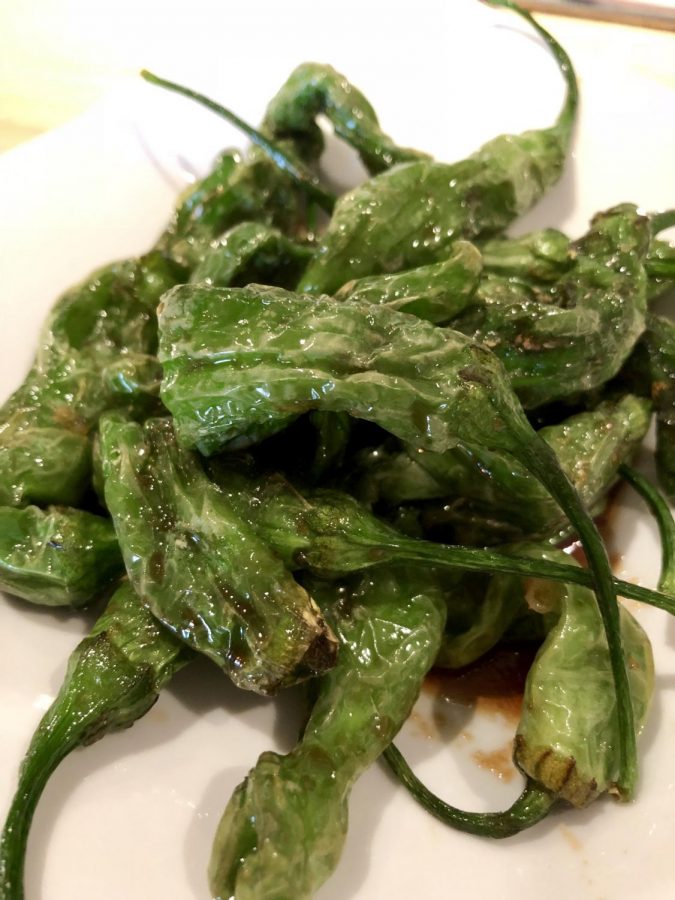 Upon entering Murakami, you would not believe that this restaurant has a wait list, even during the week. Reservations are welcomed, far more than walking in, as that would cause you to wait for quite some time. But despite its minimal interior design, Murakami pleases both your eyes and your taste buds in a way far beyond interior design. Best suggestion as far as seating goes: try your hardest to sit at the sushi bar. You will not only witness the art of making your chirashi bowl, but you get a glimpse of how sushi chefs act in their element, whether it’s making a bowl, creating a sushi roll, or just simply enjoying a pint of beer that a regular customer bought for them. Seeing this adds to your experience, and forms a bigger appreciation for your food.

In most Japanese restaurants, edamame and shishito peppers are the most common, and in Murakami it’s no different, except for the fact that that their garlic soy sauce, in which both are drenched in, may just be able to change your life for the better. Building your own bowl or ordering a cut/hand roll are both great options, but chirashi bowls are what Murakami is known for, so making your own bowl gives you the freedom to choose all the components of sushi without committing to one ingredient. You are also given the choice of choosing how many items you would like in your bowl, making it easier to portion to your liking and not leaving a grain of rice behind, as well choosing your own price point which will satisfy you no matter how many items you choose to get. And of course, to end your meal, Murakami’s simple but delicious desserts, such as their lychee sorbet, refreshes your palate after your meal. With Japanese cuisine, and especially sushi, complexity is found in simplicity, and Murakami achieves that and more in its atmosphere and food, all while saving their patrons a ton of money.

While Pho is rising in the ranks of food trends alongside the poke and acai bowls, with French, Chinese, and native influences, it is one of the most ultimate comfort foods around the world. Pho is a flexible dish, where the consumer can customize their pho on terms of heat, meat, and seasoning to their liking, so no bowl is the same, even though some restaurants tend to skip steps and incorporate the seasonings and vegetables to the dish before serving it. Pho Hot, fairly close to Glendale Community College, gives the true experience of tasting this traditional dish with their wide range of choices for meat (or lack thereof with their vegetarian option), and seasonings. Pho Hot, like Murakami, brings out the complexity in the simple things, such as their insanely strong and flavorful broth, which is the main component of pho. This helps Pho Hot by allowing them to give their customer the choice to either eat the pho as is, or add things such as Thai basil, cilantro, bean sprouts, and more.

Pho Hot is not only known for their pho, although that is their signature dish (hence the name). This restaurant is perfect for college students, with their Banh Mis at less than $5. Not only can a students experience traditional flavors from Vietnam but also spend less than $20 in their overall visit. With being only a few miles away from GCC, Pho hot is the closest place for genuine, healthy, and fast Vietnamese food for college students.