His Way of Life As a Businessman and a Father 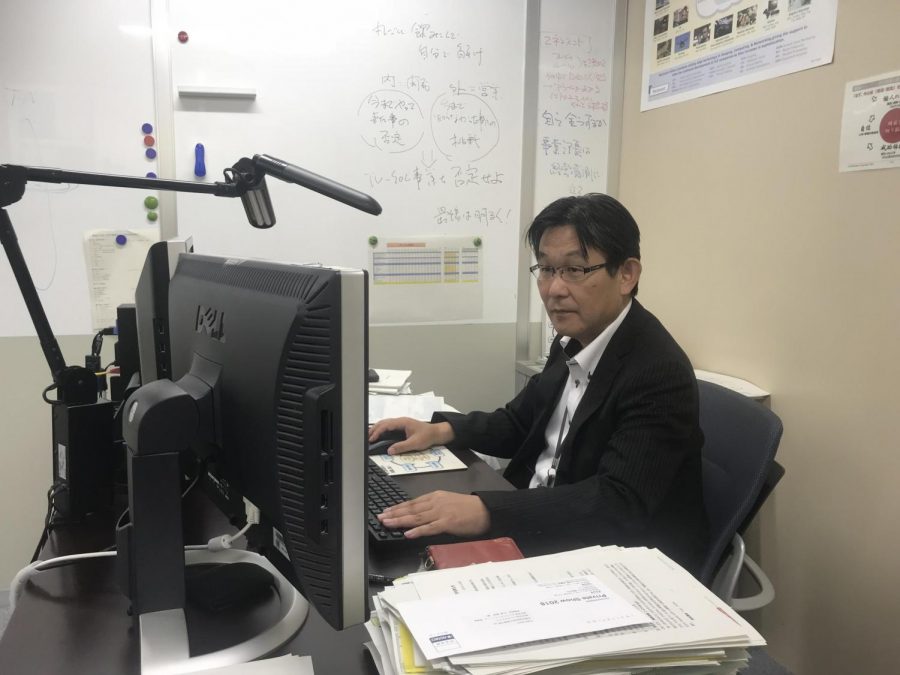 For me, he is my extremely kind and sweet dad. For his employees, he is a strict and frightening businessman. At his firm, he wears a “scary face” and sometimes reprimands employees harshly. But I also know that he very cares for all of his subordinates.

Noriaki Kubo, a 55-year-old Japanese man, is a corporate senior vice president of Socionext Inc., which has a business of designing, developing and delivering system-on-chip products. He’s been working on the semiconductor business for more than 30 years.

He has had a lot of varied experience throughout his business career and always taught me what he saw and learned. My father showed me how to answer an expectation, to face pressure and not to run away from it, to fulfill a responsibility, to care for somebody with love, to remember appreciation always, and to keep promises.

His career as a businessman started when he joined Matsushita Electric Industrial Co. as an engineer (now known as Panasonic) soon after graduating from university.

At first, he wanted to participate in a division of solar panels. Even though he was clear in every interview about what he wanted, the dream didn’t come true. He was appointed to a division of Large-Scale Integration (LSI). Since then he dedicated himself to the business.

But he was not a person who was full of hope for a successful career in the beginning. He moved to Osaka, the second largest metropolis in Japan, from a very rural home village.

As he was a new employee, he often thought about going back to his hometown. But he couldn’t. He lost his father right before he came to Osaka, so he had to provide his family with money regularly for his mother and four younger siblings.

Three years later, his mother found a woman and introduced her to my father. She later became my mother.

My mother often told me her first memory of him. “It was just nine months. We got married nine months later from the first time we met. But I could see his kindness and love toward his parent and siblings at that time,” she said.

She thought that if she married him, he would care for her as well. “He seemed a very responsible man, and I was right. That was why I decided on the marriage even though we just met two times,” she talked. They exchanged several letters during the nine months.

My mother is a friendly, sociable and cheerful person. She knew my father was too serious and felt a lot of pressure. I finally understand that’s why she always tries to make him smile.

A Project in Sillicon Valley

Four years later since he started to work for Panasonic Corp., he had to stay in Mountain View, Calif., to get a big opportunity for The 3DO Co., also known as 3DO. The company had already fixed to use semiconductor chip of Toshiba Corp. and he wasn’t informed of that from his company.

He thought that he just had to develop a new one better than Toshiba. But 3DO didn’t have any intention of using Panasonic’s. Therefore, he started from advertising Panasonic’s technology of it to cooperating with 3DO.

That was the first big project that was left to him. He delivered to his boss. That was the moment he started to feel a sense of achievement and a joy in work.

In 2005, he was a project leader of LSI of Panasonic’s DIGA, which is the name of DVD recorders. He suffered the hardest time in his career.

Inside of the LSIs of DIGA, a hardware bug was found right before a large shipment. That was caused by one of his subordinates. All factories that are related to DIGA had to stop operation, while approximately a million DIGAs were ready for shipment.

He was called and had thousands of meetings, in which he had to apologize to superiors and needed to come up with solutions. He had too little sleep and scarcely rested for two weeks.

My mother said, recalling that time, “Some people described a death from overwork as ‘a man was killed by a company,’ and I literally felt it and was scared of it those days.”

However, his team barely devised a method of repairing the problem. Then, he and his workers survived.

Despite the huge mistake, he didn’t fire a man who made the mistake. I asked him why. He said, “Because of the big trouble, our team was united stronger than before and our morale was also boosted. We actually got something important that we could gain only through such toughness.”

In addition, my father felt sorry for him because the mistake was not intentional. He blamed himself more than anybody else.

“I thought that our team and he could turn the previous experience to advantage,” he said. I remember that a day my father looked very tired was the day he had to pass a discharge to somebody. The last thing that he wanted to do is dismiss an employee.

He painfully knew that they would have a wife, children, and people whom they have to support, so he avoided as long as he could.

After this incident, many employers recognized my father’s capability of dealing with troubles. Thus, his position was getting higher and higher thanks to that.

No matter how busy he is, my father always remembers that he owes his success, career, and health to his wife. He doesn’t forget to give her a present on her birthday, Mother’s Day, and their wedding anniversary.

I think he feels a great sense of responsibility for work and family. One of the reasons why he cares for my mother very much, besides his love, of course, is he promised her happiness to her parents.

He would never like to betray them and himself. Here is the most substantial reason why I am proud of him greatly.

For me, he is my strong, reliable and absolutely ethical dad. And I know he hides his warm kindness under his severe face. I look up to him not only as my father, but as a great man.