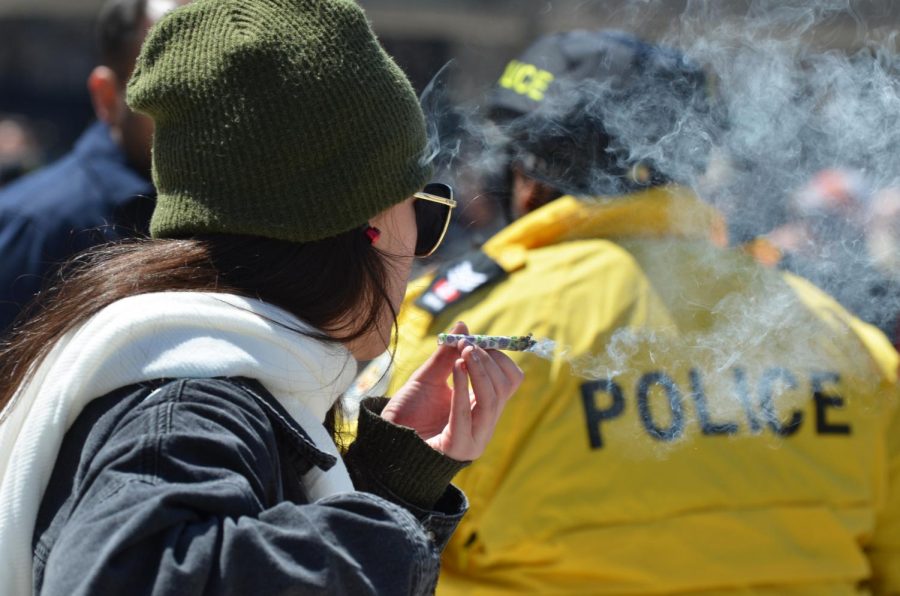 A woman hold a marijuana joint in Nathan Philips Square, in Toronto, Canada on April 20, 2018.

After the legalization of marijuana in California, there hasn’t been much backlash or debate on the negative effects of this drug from millennials.

Is it as trivial and commonplace now as coffee? What studies help clarify recreational vs. long-term effects on the brain? Is there stigma and misperceptions on the use of this drug?

My investigation began by understanding why marijuana is illegal, modern student attitudes towards marijuana, and research that still needs to be done on the brain.

After taking a Comparative Religious Studies class with Dr. Wendy Fonarow, I recalled the importance of altered states of consciousness in ritual of a group.

In the Navajo Tribe, for example, peyote is a drug that cleanses an individual of the evil presence in their life. In South America the Yanomami shamans consume Yopo seeds (a hallucinogen) to communicate with spirits in a mirror reality to treat ailments or extract information about community disharmony.

These cultures embrace the use of drugs in their ritual practices or, what is known in anthropological terms, as a “sacred” attitude. The United States however has a history of “deviant” perceptions towards drug consumption.

Why is that? A look at the Prohibition era provides some answers to this attitude.

The Prohibition Era is influenced by Protestant ideologies that Martin Luther established with the “95 Theses,” after the revolt against the Catholic Church in 1517.

He wrote about how the indulgence in pleasures of sinful behavior would ultimately be the individual’s shame to carry. With this framework, in 1906, the Anti-Saloon League (ASL) was created in Ohio. They had literature that reflected the disapproval of alcohol consumption, saying, “alcohol is the cause for insanity,” as one author Emma Transeau wrote.

They claimed the ban of alcohol would rid America of poverty, social issues, immoral behaviors, and violence.

The ASL also collaborated with the Woman’s Christian Temperance Union to spread the word nationally through churches leading up to the campaign.

The Prohibition Era was thus in effect for 13 years beginning Jan. 17, 1920. Could these ideologies trickle into modern attitudes towards drug consumption of drugs like alcohol and marijuana?

This sparked a curiosity to start a conversation with students at Glendale Community College to express their thoughts and attitudes towards marijuana consumption. The data below is based on the opinions of over 45 GCC students.

Sampling of opinions regarding marijuana among students at Glendale Community College 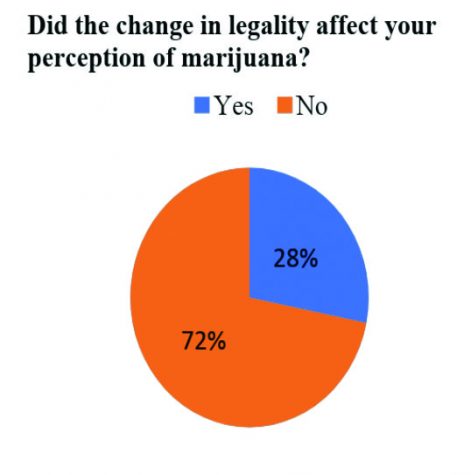 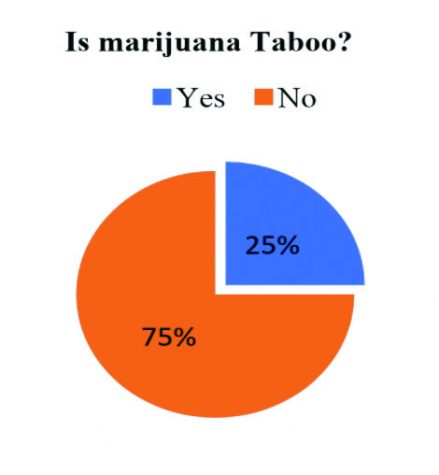 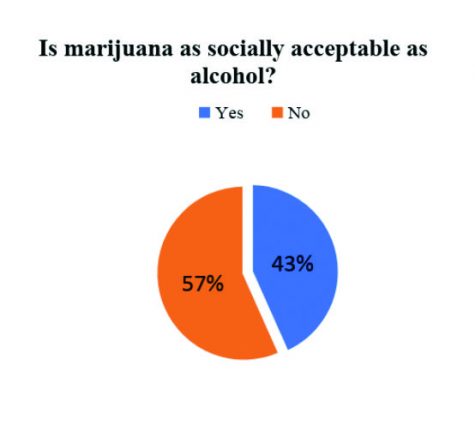 Based on the data, in 2018, it appears that the college student demographic is mostly accepting of the consumption of marijuana.

Those that were reluctant towards marijuana were more accepting after the legalization in California and recognized it would take time for individuals to feel comfortable having open conversations.

Many said that marijuana is a drug like any other, and it can be addictive and abused. Compared to alcohol, it is not as socially accepted, but also not viewed as dangerous. Overall, individuals seemed to think moderate conscious consumption of marijuana is okay or even beneficial when use medically.

The connection between Protestant ideologies and drug consumption appears to affect legality and public perception of drug consumption. Marijuana is still a Schedule I drug in the United States, illegal at a federal level, and only legal in 29 states.

According to the DEA,”Schedule I drugs, substances, or chemicals are defined as drugs with no currently accepted medical use and a high potential for abuse.

Some examples of Schedule I drugs are: heroin, LSD, marijuana ,ecstasy, methaqualone, and peyote.

For this reason, it is very difficult to conduct definitive research that evaluates the full extent of marijuana on the brain. What studies are there currently that can compare recreational use vs. long-term abuse?

In 2008, there was a study conducted by Yücel M. et al, to evaluate long-term use of marijuana on individuals consuming cannabis with a mean average of 19.7 years and approximately five joints a day.

These individuals underwent functional magnetic resonance imaging (fMRI) to test the volumetric measures of the hippocampus and the amygdala combined with measures of cannabis use.

The results were atrophy (shrinkage) of the hippocampus by 12 percent as well as the amygdala by 7 percent.

The atrophy of the hippocampus affects an individual’s ability to retain new information or “working-memory.”

The amygdala is the involved in emotion, particularly the fear response, and risk analysis. This is one of many studies that need to be conducted for clear data.

The debate of consumption of marijuana is not one of right and wrong, but of safe limitations and accurate information. To consume marijuana for recreational or relaxing purposes, more research is necessary to clarify the long-term consequences of abusing this drug.

This only scrapes the surface of a complex modern issue that needs to be addressed and researched further. Shaming individuals or avoiding the topic altogether is not the solution for scientific progress.

When we take time to understand why we got here, only then can we begin to take steps in advancements for research.

Joanna Flamenco can be reached at [email protected]