Campus' only Italian instructor knows food is often a bridge among students, allows them to view each other with commonality 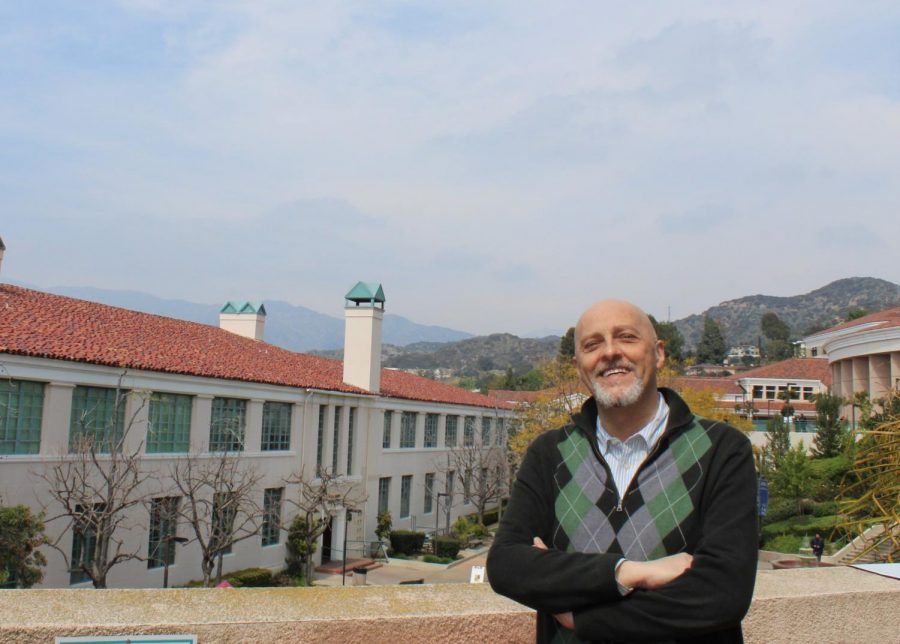 “We grow up thinking that our view of the world is universal, learning another language opens up a brand-new view of the world,” said Flavio Frontini, an Italian instructor at Glendale Community College.

Frontini moved to Los Angeles from his native Bologna, Italy in 1990 and experienced this greater cultural awareness firsthand as an international student at Santa Monica College, where he discovered his passion for teaching while working as an Italian tutor. “After helping a student for the first time, I got so much satisfaction from seeing the student’s reaction after finally understanding difficult Italian grammar that I decided to give it a try,” Frontini said.

They say that venturing into the unknown often awakens unimaginable paths and opportunities. “My mother was an elementary school teacher and I liked visiting her class sometimes to give music appreciation lessons,” added Frontini.” I love classical music, but I never imagined I would become a professor. That idea was totally new to me.”

Frontini started teaching at GCC in 2000. Ever since, he has continued to open his student’s views of the world through the Italian language. “One of my goals in class is to build bridges between cultures, between the Italian culture and other cultures,” he explained. At GCC, over 75 percent of the students enrolled in the credit program belong to an ethnic minority group as of Spring 2017, according to the GCC Demographics Dashboard.

Often, gastronomy is at the center of his class discussions as a bonding element between students from diverse backgrounds. “In every class, I always ask students to recommend restaurants from different parts of the world and I encourage the class to go try them,” he said.

Through these cultural interactions, Frontini tries to transmit to his students what are for him important aspects of the Italian culture. “The joy of being with friends, with family, in front of really good homemade food – that is where the food comes in because we believe in family, we believe in friendship.”

Sharing a good meal with those who are dear to your heart is perhaps a feeling that most can empathize with and associate to valuable traits of their own identity. “It’s all about realizing that we are different but within those differences, there are many similarities,” Frontini added.

Maybe that is the way in which learning another language changes your perception of the world – by making you conscious that there are ubiquitous feelings that connect us all.

“From up here the earth is so beautiful, without the boundaries and borders,” said pilot Yuri Gagarin, the first human to journey into outer space in April 1961. Perhaps we can’t all be so lucky to witness our planet from outer space, free from its terrestrial divisions, but Flavio Frontini certainly works to encourage his students to see and experience the world beyond those boundaries.

Today, Frontini is the only Italian professor at GCC and part of the Study Abroad program that offers students the ability to experience Italy for almost a month. While holding the program’s 2018 flyer covered in pictures of Rome, Florence, and Pisa, he described how one of his biggest joys as a professor is seeing his students communicate comfortably in Italian during the program and seeing their excitement to keep visiting other countries and learning other languages.

“I was very insecure. I didn’t know much English when I decided to come to the United States but I threw myself into it,” he said. “The love to explore, to keep enriching themselves, to go to uncharted territories is what I wish to transmit to my students. I did it and I was able to succeed in something that I never even imagined.”

Carmen Fernandez can be reached at [email protected]