A Walk Through The Times 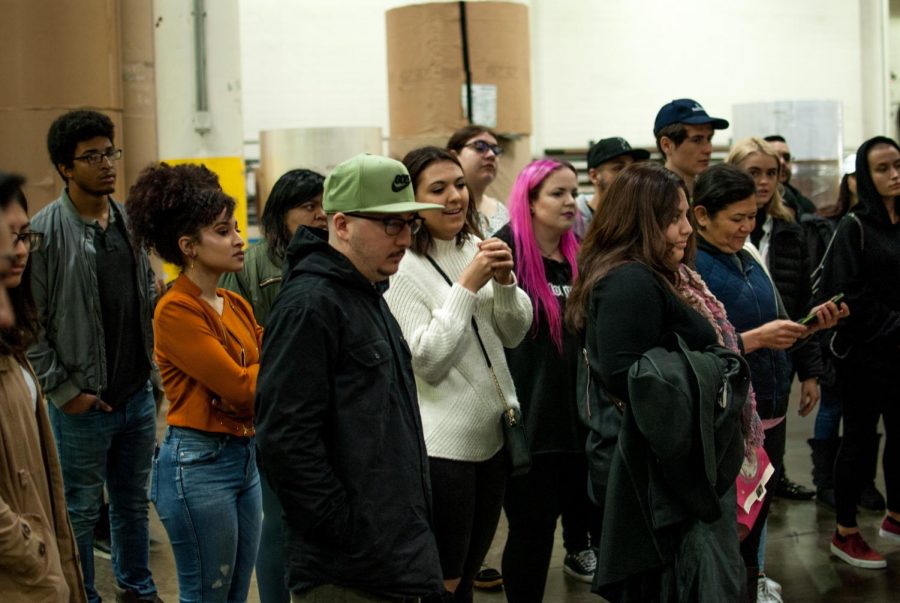 Where Spring and 1st streets meet in downtown Los Angeles, rises an architectural masterpiece, one that is sure to please the eye of any Art Deco style enthusiast. Its thick, streamlined concrete exterior gives the building an evergreen feel, making it hard for passersby not to wander in. That is exactly what architect Gordon Kaufmann had in mind when he designed the Los Angeles Times building in the early 1930’s.

Just two years after the completion of the structure, it received a gold medal at the 1937 Paris Exposition for its modern architectural style.

Though admired by many architecture fanatics on the outside, the building is a journalist’s heaven on the inside.  The Globe Lobby is the main aesthetic highlight inside of the building, seemingly created with a mix of a designer’s eye and the curiosity of a journalist. It’s like a small museum right before one’s eyes, showcasing the first 100 years of The Times. It also features one of the oldest Linotypes used by the company.

There are vintage phone rooms and a big bronze eagle,which add another touch of character to the building. Once going up on the elevators, the visitor walks through the big halls of the newsroom, another place where a journalist thrives. This is where stories are born and reborn, written and rewritten. It’s an interesting process.

Going to the 6th floor of the building, you walk past the big and spacious Test Kitchen. This is where many of the food section of the paper happens. L.A. Times invites various chefs, cooks and bakers to make a certain dish or pastry, which later get critiqued by the staff, recipes are shared and there comes an article. Talk about an awesome job. At some point, one stumbles upon the hall of fame, which showcases proud moments for The Times, Pulitzer Prize winners and their stories.

A couple of miles down the road the printing facilities awe and inspire. In March, El Vaquero students and the journalism program wandered through the many facets of this facility. It was the perfect complement to the previous semester’s visit to the editorial offices.

Think about the way newspapers are produced. What’s the first thing that comes to mind? For most, it’s the writing process or the event itself, but what you see unfold before your eyes in the printing facilities, is something truly fascinating and rare for the eye.

Mostly operated by robots, the main floor is where paper supply is stored and transported. With each roll of paper weighing more than 600 pounds, it’s impossible for humans to move these around without the use of machinery. That’s where the big population of self-operated machines come in, bringing in a real life experience of ‘robots taking over.’

Across the broad, glossy floors of the facility, one easily walks through and under the printing machines. They’re enormous engineering feats.It is noteworthy to say that the L.A. Times prints for the local delivery of many newspapers around the country. This is simply done to save time and money on transportation of these newspapers and there are no other affiliations between these companies. It also helps the L.A. Times from a business perspective.

The L.A. Times is the only newspaper that still provides tours educating the public, especially would-be journalists and proponents of the First Amendment, about how a newspaper comes to life.