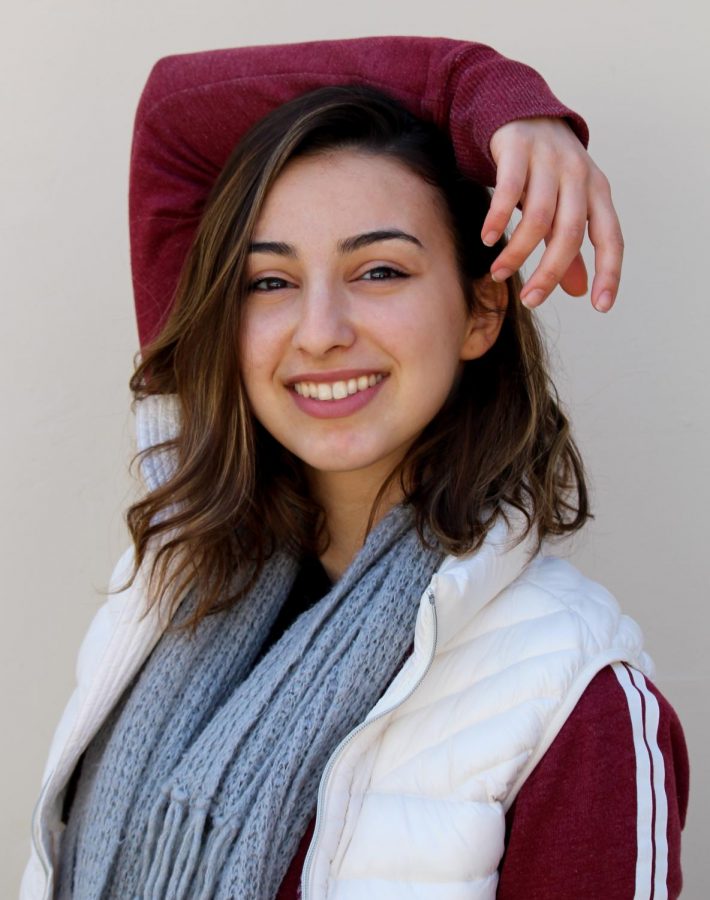 Step by step, GCC student dances her way towards her dreams

Sera Shahgholian, a 21-year-old dance major, wants to spread positive energy and dance moves, not only on campus but all around the world. By day, Shahgholian is a student at Glendale Community College where she is involved in Dance Club and the prestigious Glendale College Dance Company. By night (and weekends) she teaches to young students.

Shahgholian is a determined and hard-working student, and always has positive energy to share with others. She is in her sophomore year, but has been here about four years and counting, since she started attending GCC in high school.  Dancing and performing has been a part of Shahgholian’s life for as long she can remember. Shahgholian is filling up her portfolio both on and off campus. Her career goals are to travel around the world and dance “her heart out,” as she explained with a confident smile.

Another future goal is to build a university meant only for dancers. Dancing has become important to her because it allows her to release every emotion, both sad and happy moments. For Shahgholian, it is where she feels her true self. “It’s the only place where you do not get to fake it to anybody but act as your emotions ask you to do so,” said Shahgholian. “That’s dancing!”

Shahgholian is currently working on the PhanatiX show that is coming up on March 17 at GCC. It will be her fifth PhanatiX show. This program means a lot to her because it made her grow as a performer. She went from dancing in the back of the line in a 15-person routine, to auditioning her solo.

Besides the PhanatiX initiative, Shahgholian and GCDC has a production show, which is a full week filled with shows. Usually, it is closer to the end of the semester. Together with another GCC student, Vladimir Petrosyan, they are working on a duet. “It’s exciting to see pieces come to life in shows that give you so much opportunity to grow in,” said Shahgholian.

Shahgholian reveals she has a hidden talent – that she sings, a lot. When she was little, she wanted to become a pop artist, and she used to sing at gatherings for her family and friends. In addition, she also auditioned to sing at her school’s talent shows, but now she only sings when she is alone or when she is around people she loves and knows well. “This is how I know I belong in the entertainment world. It never goes away!” exclaimed Shahgholian.

Shahgholian has a couple of pet peeves. One is when people do not get excited about the little things in life, and the other is when she sees someone just sitting at parties and not embracing all the fun. Get up, dance, and enjoy life is her motto.

If she could invite any three people in the world, alive or dead, over to dinner, she would invite her first crush from her hometown so she can tell him she had a crush on him, and tell him how she stalked him without the help of the Internet and social media. She would also invite her grandmother to thank her for every memory they have created together since she was a little girl. The third person would be her brother, because he is the most important person in her life, and has always been by her side every day since he was born. She added that she would probably ask her brother to bring the rest of her family because her family is always with her anyways.

Being at such a young age, Shahgholian really knows what she wants for herself. That is a maturity that mirrors how she had to handle past lessons in her life. “A lot of lessons of course but the biggest one is to rely on yourself and only yourself,” she said in a calm voice. “No matter what happens in life, the path to your dreams does not get affected by the ups and downs in your life. I learned this the hard way, but every day I wake up and I walk alone to work on my dreams. You only need yourself and a focused mind.”