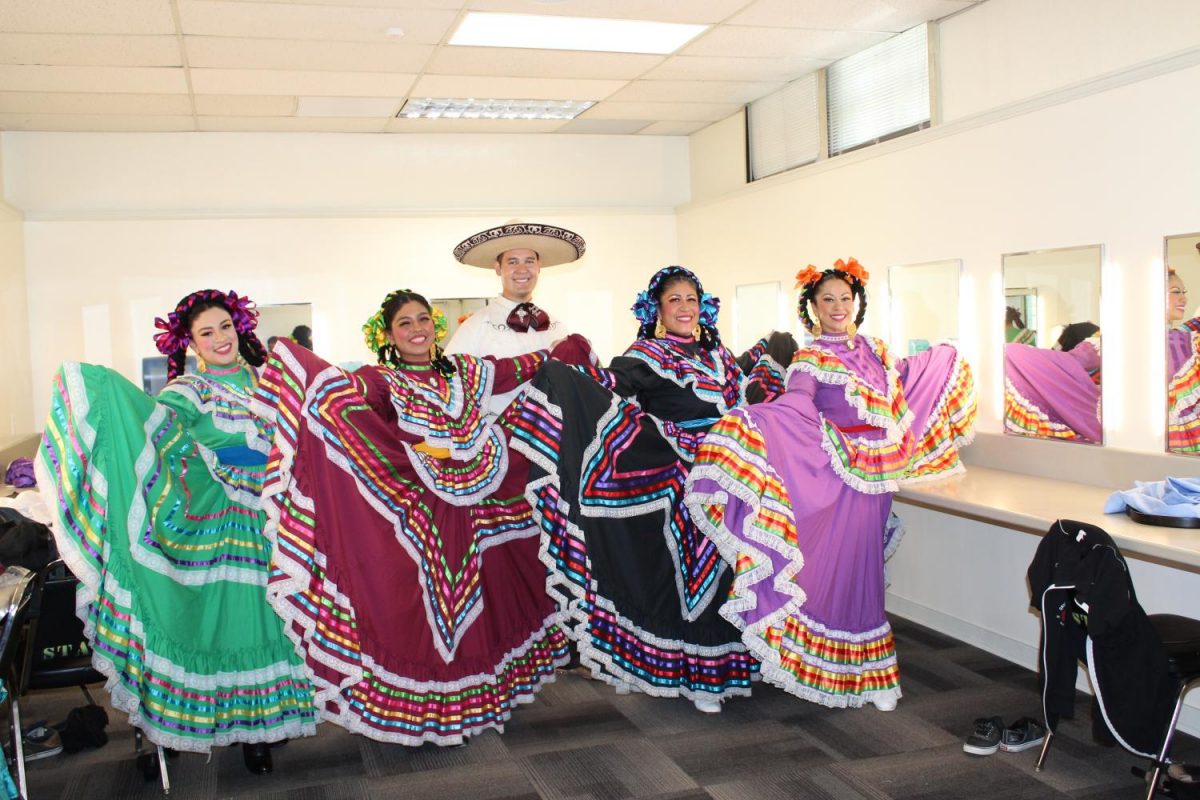 Glendale College got a splash of color on a gloomy afternoon.

Ballet Folklórico Aztlán de CSUN is a student dance organization whose focus is educating the community about the rich Mexican culture through colorful dances from different regions of México.

At first the event was going to be at Plaza Vaquero, but because of weather issues – a heavy dose of morning showers – they moved the event to the auditorium.

BFA de CSUN performed multiple songs that were related to the three different regions they were presenting. The first region was Hidalgo, Mexico. With their vibrant color dresses the two female performers, Leslie Ignacio and Sandra Manzano, only performed one song for that region.

Second region was Sinaloa, Mexico. Diana Cabral, who was the adviser, and Carlos Parraguirre performed two dances. The audience was clapping and shouting, making the dancers feel all the energy they were emitting.

What seemed to be the most popular region was the last one, which was Jalisco, Mexico. Having four songs danced by the variety of the members the audience was enthusiastic. Some students were even dancing on their seats and expressed amazement at how the dresses swayed while dancing.

Once in awhile the dancers would have to take a break from dancing because they would lose their breath at how hard they performed.

“I’m going to dance until my legs give up,” said Cabral, earning a laugh from the crowd.

Ballet Folklórico Aztlán de CSUN was founded in 1970 during the Chicana/Chicano movement. At that time the group was very strong, but then the Northridge earthquake happened which forced the movement to take a four-year hiatus.

Then, in 1997, the group began to perform again. This was also the first year that BFA de CSUN performed for GCC.

“We also hope to strengthen bonds between GCC and CSUN as we send many transfer students to CSUN,” said GCC Spanish professor Stacy Jazan, “and we hope to inform the students of the opportunity to be a part of this organization at CSUN.”

BFA de CSUN will celebrate their 15th Annual dance concert in either May or June on the campus of CSUN.