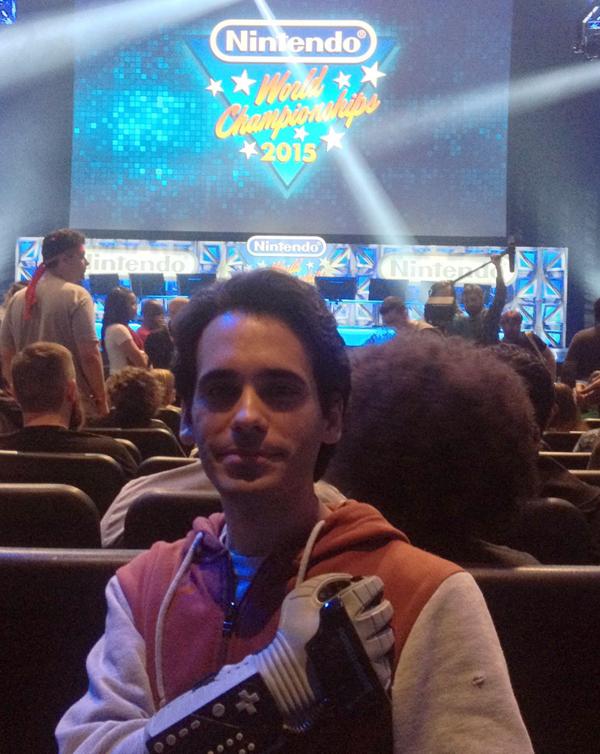 Jirair Yessaian at the E3 conference.

An enticing plot, an unfolding story, thrilling action, heartbreak and a hero’s path to glory. These are a few elements typically found in books and movies. Imagine if you could be that hero and experience the story first hand; this is the uniqueness which attracts people to one of the most popular forms of entertainment: video games.

“I used to play more, but I’d say I spend about five to 10 hours a week playing now,” said Jirair K. Yessaian, a student and gaming enthusiast. “It can be a distraction, so I try to stay on campus to get my work done.”

Video games have evolved immensely over the years as processing power and graphical capabilities continue to improve. There are a number of general ideas surrounding video games, and they usually surface in friendly debates among people who are arguing either for or against video games.

The research on video game-playing is vast, varied, and not altogether concrete. Violence and gender ethics are both common focuses, but students’ levels of concentration in school as well as GPA are hazier areas.

Games are often called violent distractions by some, but they are equally noted by others to be helpful for critical thinking and problem solving. According to Yessaian, games can both bring people in a community together, as well as distract them from other reasons for gathering.

“Sometimes in the anime club, people would get together just to play and talk about videogames,” Yessaian said.“Even though they were connecting, they weren’t really there for the anime.”

According to the Pew Research study “Teens, Video Games and Civics,” “We learned that gaming is nearly universal among teens, with 97% of American youth 12 to 17 playing computer, console, portable or cell phone games.”

As astounding as these kinds of statistics might be, there is still the question of whether or not the prevalence of video games affects levels of concentration in people from teens to young adults in college.

Studies do show a significant drop in video game-playing during students’ transition to college, especially after the first year. “Over 7% more students report playing no video games at all after the first year than they did at the start of their freshman year,” according to a 2009 study done by the UCLA Higher Education Research Institute.

Despite this, games are a prevalent and growing factor in society today. “I used to play, probably around forty hours a week… I collect classic games. I have all of the North American Nintendo 64 games,” said Yessaian.

As the young get older, more and more are turning to video games as a means of entertainment and relaxation. Educational integration of electronic media is becoming bigger, with many tablets and apps aimed at younger demographics featuring games which help develop math and language skills.

As with any mode of entertainment, perhaps moderation is the key to helping people segregate real life from the game world. As the gaming industry grows and evolves, it is clear that society will need to adapt to or even utilize video games, because they are not going anywhere anytime soon.