Mad Max Has Nothing on this Year’s Wasteland Weekend 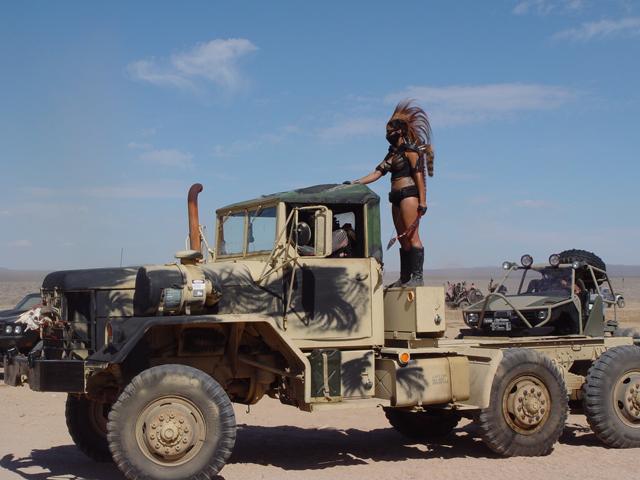 Two men enter, one man leaves. Mad Max played out in real life last weekend as thousands gathered near California City for Wasteland Weekend a post-apocalyptic preenactment event. For four days, the survivors entertained themselves as best they could with blood sports, bikini and costume contests, car rallies and for the first time, a full-sized Thunderdome complete with bungee harnesses, and although the combatants used padded sticks instead of chainsaws, the action was fierce. On a more serious note, a memorial service was held at the Temple of the Nuke for fallen Wastelander Lance Moore who died in a tragic accident in Australia last March while reenacting some motorcycle stunts from the Mad Max movies. His mother was in attendance. The Last Chance Casino presided over one of the two weddings (the other was held in the Thunderdome; mercifully no weapons were in play). This year’s “Mad Max: Fury Road” release was very influential on the styles of costumes and custom cars presented, although there is no “right” way to be post-apocalyptic.  In Valhalla, the mutants, zombies, war boys, vulvalini, legionnaires, and all other survivors shall be shiny and chrome! For last year’s coverage, see https://elvaq.com/?s=wasteland&submit.