Professors Laugh it Off 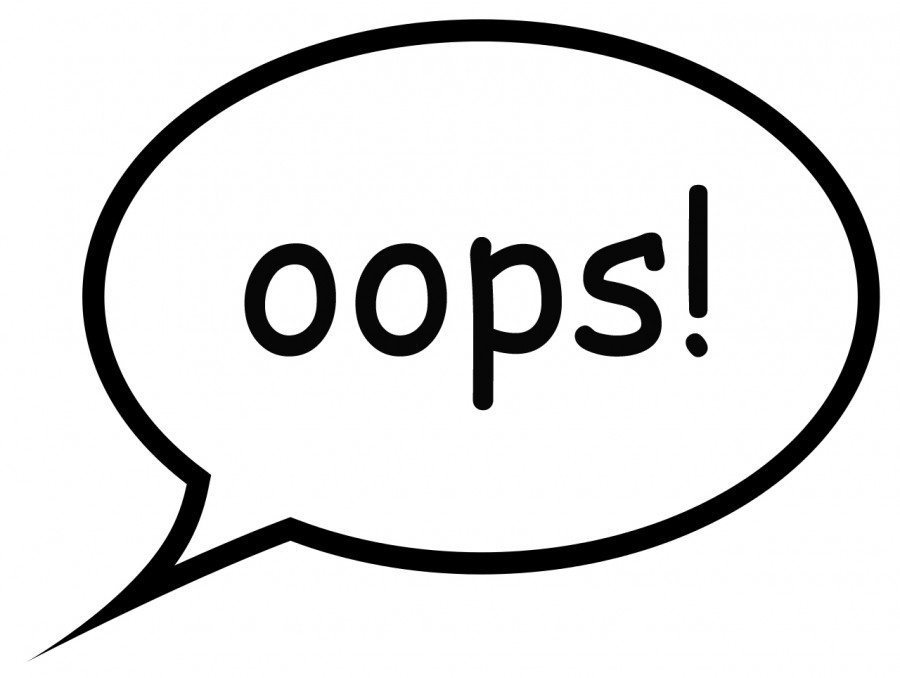 Professors are human, and humans make mistakes. Sometimes it happens in front of an audience of students leading to uncontrollable laughter.

Here are their stories:

“One summer morning I was teaching world mythology. We were studying the myths of the Apocalypse. I had just finished giving my opinion that end-of-the-world scenarios like these were not scientifically possible. In a flip tone, I commented how, at every point in history, people had gone through the terrible portents described in the Book of Revelations and pointed to recent events that they matched. Nothing to worry about. No sooner were the words out of my mouth, then we heard a low rumbling, and the library building began to rock back and forth! It was only a three-pointer (earthquake), but now I keep my opinions to myself.”

“In my mass communications classes, I use an activity called: “Tell Me Something I Don’t Know.” It gives the students a chance to keep me abreast of the latest news in music, movies, internet, radio, television, etc., while earning participation credit. Media is continuously changing, so it can be interesting to hear the latest from my students. It also gives them a chance to be smarter than the professor. One day, I was running that activity, and a young woman in the back of the class raised her hand. ‘Natasha!’ I called out confidently, ‘Tell me something I don’t know.’

‘My name is Nathalie,’ she replied.

After a couple seconds of stunned silence, the whole class burst out laughing. (This was after midterms! I’d been calling her, ‘Natasha’ all semester long!)”

worry about your missing assignment.” Siri texted, “Don’t worry about your amazing buttocks.” Yikes!! Thank God the student had a sense of humor. Lesson learned: always look back at your screen before you ask Siri to send a message.

One of the field locations for our Bali programs is the sacred “Monkey Forest” in Ubud, Bali, Indonesia. The forest has never been cleared because it remains home to several troops of monkeys (actually macaques), and all monkeys are held in high regard in Bali. The Balinese tend to let monkeys be monkeys, which includes letting them roam free to cause mischief.

Before visiting the Monkey Forest, we provide a brief lecture for our students on “monkey etiquette,” making sure everyone removes sunglasses, jewelry and hats, zipping them away in their backpacks. Though vendors sell overpriced bananas at the entrance to the forest, we instruct everyone to NOT take food into the forest. If you were to enter the forest with food, the monkeys will see or smell the goodies and steal them. They will also steal and run off with your jewelry, hats and sunglasses, and then a local forest guide will try to coax the monkeys into trading your stolen items for food (at a cost to you.)

With this in mind, our GCC group entered the Monkey Forest, and a few decided to buy bananas and packs of nuts. Monkeys are quite smart (and quick.) As these students held out a single banana, the recipient monkey would forgo the banana and swiftly steal the entire bunch of bananas held behind the student’s back. Hold out a peanut, and the entire bag would be stolen.  Within a minute all the food was gone.

A couple of students went back for more peanuts. One placed peanuts in her pocket, handing out a few before the monkeys caught on. A minute later, monkey hands were in her pocket and the peanuts were quickly taken away.

Seeing this, the second student had placed a bag of peanuts INSIDE her pants before she re-entered the monkey-filled forest. I wasn’t aware of this, but I became aware soon thereafter as I heard a deafening shriek coming from this student as two monkeys, hands competing for peanuts, were forcing this student’s pants lower and lower, slowly overpowering her ability to pull them back up. It only lasted a few seconds, and soon the monkeys’ interest shifted to the peanuts which were now spread all over the floor, and the pants were back in place. The forest was filled with laughter, which lasted for the rest of the trip. This includes the student herself, who took it all in good stride.

Last month, I arranged a long-anticipated hike with Scholars Program students up Mt. Wilson, a 15-mile round trip. We started at 6:40 a.m. About a mile or so into the hike, one of the students caught up to the group and continued on the long hike.

Around that time, I said, “Hello,” to a friendly man who started hiking along with us. The friendly man was wearing street clothes and carried a cup from a coffee shop — nothing else. I figured he had decided to explore the trail on a whim. He kept going with us, walking alongside me. We talked extensively about all kinds of subjects and he was very pleasant. To myself, I was thinking, “This is a great example of the camaraderie that can result from chance meetings on hikes! It’s just the kind of organization that we want Scholars to be, too: friendly and inclusive! Of course we welcome anyone to join us! That’s what we are all about!”

The friendly man continued with us to the first and second checkpoints along the Mt. Wilson Trail, volunteering to take pictures of our group and posing in some as well. He continued all the way to the top of Mt. Wilson. There, he posed in our large group photos to mark the occasion. Here again, I thought, “We Scholars are inclusive! Isn’t it great that this friendly man feels comfortable with us!”

Then the friendly man and one of the Scholars students asked if I would take their picture, which I completely accepted as fine and wonderful, since I had seen him speaking with other Scholars, too. I thought, “That student made a friend! How nice! They want to remember this moment with a photo together!” So I took the photo, which has them beaming with their arms around each other’s shoulders.

Then we hiked all the way back down, and some of us went out to a celebratory dinner. There, some of the Scholars and I started talking about highlights of the hike that whole day. At one point, they mentioned the student who was in the photo with the friendly man. It was then, and only then, that I realized that the friendly man was the student’s father. It had not at all occurred to me beforehand. Everyone, including the student and later his father, laughed heartily at the fact that I didn’t know.

About 12 or more years ago, I assigned a longer-than-average short story for a class to read in two parts: one on the following class day, and the rest of the story on the day after that. But I forgot that I had assigned it that way, so in my eagerness to ignite a spirited class discussion, I came into the room and burst out, “How’d you like the story? Isn’t it tragic how he dies in the end?” The whole class erupted in howls of dismay and disapproval: “What?? He DIES??” and so on. After that, they were compassionate and understanding when they could have been resentful.