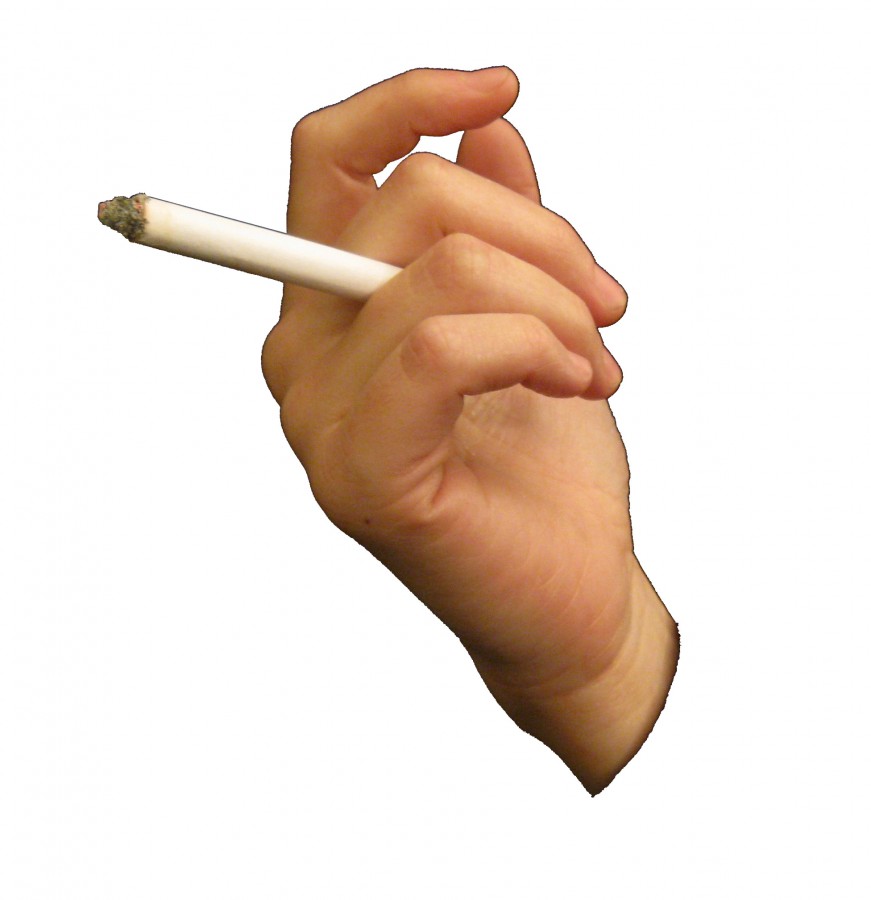 A little more than two years ago, Glendale College passed a resolution that forced smokers on campus out into the streets just outside of the college, with a $100 fine for those who do not comply.

As the first community college in the area to prohibit on-campus smoking, for both electronic and regular cigarettes, GCC inspired other campuses, such as Santa Monica College and Pasadena City College, who later adopted similar policies.

“We really followed immediately in the footsteps of UCLA and the UC, who said ‘we’re an educational institution, we’re not allowing smoking,’” said psychology professor Jessica Gillooly. “We went to the board of trustees and they said if UCLA can do it, we can do it.”

“I’ll tell you two things: the smog from the cars are way worse than the smoke, and I hate that the people just leave their trash down here,” said archaeology student Alex Masatryan about the smoking section located on a sidewalk just slightly off campus.

Glendale College Police Chief Gary Montecuollo said college police issued 13 citations in March, making it the month with the most citations since the ban was put into place.

Montecuollo said 125 citations and 456 warnings have been issued between April 2013 and April 2015, with a mean average of five smoking violation citations monthly.

However, police cadets are not allowed to issue smoking citations and it was not until the fall semester of 2013 Montecuollo allowed his sworn officers to start giving out tickets. This was a decision made to smoothen the transition for smokers.

“Currently, the public sidewalks that surround our campus are areas where people can go smoke,” Montecuollo said. “If you look at the front sidewalk over by Verdugo, where the wall is, starting with that wall and coming up on the property, that is the prohibited area.”

Per the ban’s regulations, smoking on this wall is illegal and finable and often broken by smokers. However, Montecuollo said that the police do not “typically cite them for sitting on the wall” and issue warnings instead.

To collect the $100 smoking violation fine, the campus police department uses a company called Phoenix Corporation, which is the same company in charge of parking violation collections. This leaves college police outside of the collecting process.

“With the smoking cites, we send it to the company to issue a notice to the person,” Montecuollo said. “The person is supposed to pay the fine and if the person does not pay the fine, either the smoking company can take some civil action or they can send the information to us [the college police] and I will forward that to the student services and they can decide whether they want to put a lien, if you will, or a notice on the person’s registration.”

If someone refuses to obey a direct order to put out a cigarette on campus grounds, this could be considered a “failure to obey a lawful order” and could result in the individual’s detainment.

“That is an end result that could happen, but we would take effort and steps to try to reason with the person, talk to them, explain to them the reason why and tell them we do not really want to do that [detain a person], but we would if we had to,” Montecuollo said.

However, this has never occurred at GCC.

Even though smoking is still prevalent on campus, Montecuollo said that smokers have been cooperative toward police, but not always faculty who try to enforce the rules.