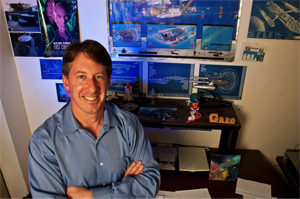 Students with their eyes set for the stars gathered for a presentation on interstellar travel in CS 112 last Thursday.

The club, only a year and a half old, has sponsored similar events in the past, hosting speakers who discussed astronomy and space travel.

“It’s a generic name for a company that overseas rocket launches,” Meholic said.

His presentation, “Advanced Space Propulsion Concepts for Interstellar Travel,” was broken up into eight chapters detailing how rocket propulsion systems are used today. He also discussed advanced hypothetical theories, such as hyper and warp drive technologies, and possible wormholes that would make quick, star-to-star travel a reality.

The subject of interstellar travel is one he had been interested in ever since he saw Millennium Falcon, the iconic “Star Wars” vessel, in action.

The big screen behind him displayed diagrams and animations illustrating the science behind possible methods for achieving faster-than-light travel.

He first defined interstellar travel as a journey from one star to another, and then the challenges that would need to be overcome to achieve this.

The biggest problem is that with current technology it takes an extremely long time to transverse across space. It takes a daunting 35 years to get to the edge of our own solar system, and even longer to get to Alpha Centauri, Earth’s closest celestial neighbor. 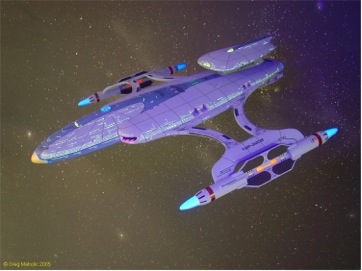 “We (humans) love to explore no matter how bad the outcome may be,” Meholic said, describing the challenges of interstellar travel.

Meholic ended his presentation with a series of quotes about the impossibility of flight, illustrating what was once deemed impossible but is now an everyday occurrence.

“It might be surprising, but I think it would be ‘Star Wars’ because of the way they just jump into hyperspace. They don’t actually break the laws of physics — well they don’t seem to anyway,” Meholic said.

Meholic, who occasionally gives presentations like this at various colleges across the state, said he likes knowing that younger generations are interested in this topic.

The Astronomy and Space Exploration club will be presenting a similar event with retired Jet Propulsion Laboratory engineer Robert Frisbee, who will present on possible life forms in other solar systems later in the semester.