Google Spies on the World 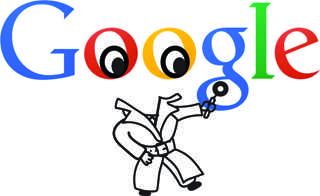 As technology continues to advance to new heights, it seems George Orwell’s dystopian novel “1984,” about mass government surveillance, is gradually coming to life.

Google’s incredible growth, both economic and technological, has stirred a sense of paranoia throughout the public.

Privacy in a technologically advanced society is virtually nonexistent. Not only can giant corporations like Google access users’ personal emails and monitor their online searches, but they can also track them physically and take photos of their homes and neighborhoods.

There comes a point where companies with this much technological power must be regulated to prevent people’s privacy from being abused. The government can also easily turn around and use these programs to spy on its own citizens.As evidenced by the Edward Snowden scandal, spying on its own people is not beyond the federal government. In 2013, Snowden, a former National Security Agency employee, released documents that revealed the agency’s global surveillance programs, including ones on American citizens.

Earlier this year, Al Jazeera published emails between NSA and Google executives, suggesting a close relationship between the two firms. If Google is working with an agency notorious for invading privacy on a global scale, users should be worried about what the company is doing with their data and what kind of information about them is released and to whom.

According to the New York Times, many European countries see Google as a threatening tool for the American government to spy on international citizens and minimize the authority sovereign nations have over their own people. Some European nations have even filed a lawsuit against the multinational corporation for its surveillance footage of their citizens.

Google’s history with Europe has been a shaky one. In 2013, Germany, a country that is particularly adamant about privacy — virtual or otherwise — discovered that not only was Google taking photos of German towns and homes, but is also illegally collected personal online data from unencrypted Wi-Fi networks, according the New York Times.

The discovery was made by Johannes Caspar, a data protection supervisor for the German city of Hamburg, and kindled investigations in at least 12 other countries.

Earlier that year, David Streitfeld of the Times reported Google even admitted to violations of privacy when it gathered passwords, emails, and personal information from computer users, without their knowledge, during a Street View mapping project. The company was fined $7 million and required to monitor its employees and inform the public on how to protect themselves from further assaults on their privacy.

According to ProPublica, an independent news organization, Stanford University’s Center for Internet and Society, which is actually funded by Google, has promised not to use its resources  to conduct privacy research. In the past, however, a researcher at the center helped uncover Google privacy violations that led to $22.5 million in fines.

The fact that the center will no longer conduct privacy research does not put Google in a very positive light, even though both the corporation and the center claim this is not a result of past research.

Google is able to acquire practically universal footage due to Google Maps, an incredibly advanced Web mapping service that allows users to virtually sightsee, according to mashable.com, giving them visual access to different parts of the world. For example, if somebody wanted to see the street their friend lives on in a different state or even country, all they would have to do is zoom in or out of their map application.

Many small town residents have complaints about Google Street View’s overbearing limitations on their privacy, some of whose houses and family members were snapshotted.

Two years ago, Daekuen Ko, a business major, was curiously browsing through Google Street View when he saw an old middle school friend.

“I realized that it was my friend on the street,” he said. “Even though Google shot his back, I figured out from his style [that it was him]. I was surprised and had mixed feelings at the time.”

Google is able to provide these images and street views through cars that are equipped with advanced imagery technology.

However, the application has a reputation for invasion of privacy, as do various other Google applications. For example, Google can anticipate a user’s plans through Gmail, as messages and chat logs reveal hotel arrangements, flights, and restaurant reservations, all of which can be tracked on Google Maps through built-in trackers on smart phones.

The law has yet to catch up with technology. As technologically advanced corporations like Google grow, governments need to regulate a balance between this type of growth and the privacy of citizens all over the world. Advancement should not come at the expense of privacy and individual rights.

People all over the world need to be more aware of the data collecting programs out there and at what cost they receive services provided by companies like Google or even Facebook.

At the end of the day, even if a citizen is not Googling how to make a bomb or dump a corpse, is the violation of their basic human rights worth Internet and technological innovation?