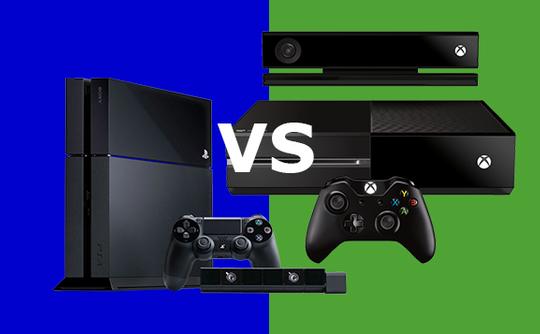 With over a million units sold in a day, the Xbox One is flying off store shelves, taking gaming and entertainment to new limits for families and gamers alike.

The Xbox One goes beyond gaming, having the ability to play the latest games, while being the media center in any room.

Connecting the Xbox to your TV provides a seamless entertainment platform, allowing people to watch their favorite shows and movies, browse through TV guides and listen to music using voice commands with the new and improved Kinect system, picking up commands as you tell the Xbox what to do.

Having services such as Netflix, Hulu and YouTube standard on the One, as well as additional services such as Skype and Internet Explorer, Microsoft has made a formidable media center machine that can also overtake in the console market.

An eight-core processor partnered with an improved graphics card, the new Xbox serves up crystal clear graphics with stunning detail in many new titles, such as “Call of Duty – Ghosts” and “FIFA ‘14,” both launch titles for the Xbox One.

The new Kinect also allows for better detection and precise control, further improving the human controller experience in “Xbox Fitness” and many other Kinect games, already released in the Xbox Arcade.

The only downside, at $500, the Xbox One is an expensive unit, passing the Playstation 4 by $100. For what it does, the new Xbox could be the one machine to push new boundaries for video game console ability, entertainment and finally becoming a making the video game console something the entire family can enjoy.

The PlayStation 4 went with a different approach than its competitor, by focusing primarily on gaming, better suited to more avid gamers.

Boasting a faster eight-core processor than its competitor, and a graphics card to match, Sony’s approach to keeping the PlayStation 4 mostly for gaming has resulted in slightly better graphics on the PS4, as compared to the Xbox One, on games like “Call of Duty” and “Battlefield.”

Sony has also released a new DualShock controller with an integrated touchpad for swiping controls. Speakers built on to the controller itself also enhance the feel of the game. For an additional $60, Sony also sells the PlayStation Camera, adding augmented reality features to the PlayStation’s gameplay, albeit, for a limited set of games. However, it is not as useful as Microsoft’s Kinect system, compared by usability of the accessory.

Beyond the games, the PlayStation 4 offers new social gaming features and Internet streaming services, like Netflix, Amazon and Hulu Plus. The PlayStation Network, PSN, will no longer be a free service on the PS4, as Sony stated it would be too difficult to keep the program afloat for free. PS4 users must purchase PlayStation Plus in order to play in multiplayer, but for $6 to $7 a month, compared to Xbox’s $9.99 a month cost, it’s still cheaper a purchase to absorb.

Overall, it is the most affordable system to buy this year at $400, which includes one controller and will have many exclusive titles to purchase such as “God of War,” “inFamous” and “Gran Turismo.”

If you’re looking to purchase a system that is made for gaming at the utmost quality, while saving some money, the PlayStation 4 might be the machine for you.