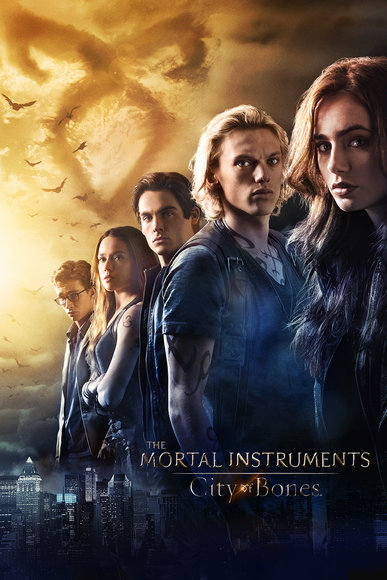 When movies like Twilight grace global box offices with overflowing piles of green and make cinema history, it’s no wonder critics are left widely disturbed and cringe at anything remotely related to teenage love triangles and creatures that should normally go bump in the right rather than young females’ bedrooms.

Though the resulting Post Traumatic Stress is understandable, director Harald Zwart (The Karate Kid) managed to hold his own in the massive teen fiction arena as his adaptation of The Mortal Instruments: City of Bones film, based on the Young Adult series by Cassandra Clare,  captured several major components of the novel, including the action, romance, and coming of age conflicts. Critics have adopted prematurely negative attitudes for the film, having prejudged it due to its genre. It’s as if most were determined to dislike the movie simply because they have grown exasperated with the teen science fiction drama and its hormonal fan base.

I completely sympathize; however, taking the frustration out on City of Bones is taking it a little too far. Though the film was not an Oscar-worthy masterpiece, neither was it a train wreck.

The movie starts off with fifteen-year-old Clary Fray (Lily Collins) witnessing a murder and consequently discovering the she is not a regular human—or a “mundane” as they are referred to in the films—but part of a race of Shadowhunters, human warriors with  angelic blood that fight demons. Staying true to its genre, the film plays up on a love triangle between Clary, her dorky best friend, Simon Lewis (Robert Sheehan), and the handsome but emotionally damaged Jace Lightwood (Jamie Campbell Bower); however, keep in mind that this is a film directed at teen audiences. Still, despite the predictable romantic subplot, the story line and direction of the film do not rely on an epic romantic tale.

The cheesiest and most generic part of the film, however, was the long-awaited Green Room scene where Clary and Jace share their first kiss. With its lush greenery and magical flowers, this scene resembled Twilight far too much for my taste.

However, it is crucial to point out that the female lead was not a pansy, lovesick teen whose entire life revolved around a crush. She does not put up with Jace’s catty attitude, nor does she make life-changing decisions based on her feelings for him (take note, Bella Swan). After the shame Swan has brought to women everywhere—particularly those who have worked hard to fight against weak stereotypes placed women—young girls needed a stronger female character to live up to.

Aside from Bower’s excessive hair flips after a few fight scenes, the cast pulled off a believable performance. Fans of the book series will be happy to know that Collins stayed true to Clary’s witty character while still managing to portray the level of shock and insecurities she experienced upon discovering her mother missing and joining the Shadowhunters in fighting demons.

The actor who stole the show, however, was Jonathan Rhys Meyers, who portrayed Clary’s father and nemesis Valentine. With his dynamic performance of the villainous and Nazi-like character, Meyers turned an average but entertaining action flick into a movie worth watching twice, even if it that means just replaying his scences. Though the rest of the cast did a decent job, they paled in comparison when sharing the screen with Meyers, whose energy was perhaps intimidating and far too strong for his young and upcoming costars. His intense and neurotic performance managed to portray Valentine’s level of insanity and obsession with taking over the Mortal Cup (which has the power to create more Shadowhunters) while showing his charisma and ability to both gain and manipulate followers.

Though critics like to dub the new series as the next Twilight wannabe, City of Bones is far superior from the gloomy and macabre romance. Not only is the female lead worthy of being admired for her ability to save herself and make her own decisions, but the series symbolizes deep-rooted racism that still exists in society. Even Valentine mirrors charismatic dictators and dirty politicians like Hitler and Dick Cheney—or whoever is on your list of scum these days.

The film could have touched upon this issue more and will perhaps place a greater emphasis on this theme in the second installment. Though the Shadowhunters fight evil, they remain oppressive and look down upon Downworlders, which include your average monsters like vampires and demons—though it is worthy to note that the vampires in the film are neither sparkly nor glamorous and the werewolves don’t actually parade around half-naked for the duration of the movie.

Despite the film’s parallels to others within its genre, it’s important to note that film was made to captivate young audiences and fans of the series. Besides, most heroes go through the 12-step journey—it’s only fair Clary gets to experience the ride as well.

Rated PG-13, parents don’t have to worry about their sons and daughters being corrupted by sparkly vampires and shirtless werewolves—the supernatural creatures in this film actually offer something more than just a pretty face.

Despite not being the next Harry Potter, the film deserves a solid 3 ½ out of 5 stars. Movie studios are definitely trying to make the series their next money-breeding machine, but at least they are using a story worthier than a Romeo and Juliet wannabe.