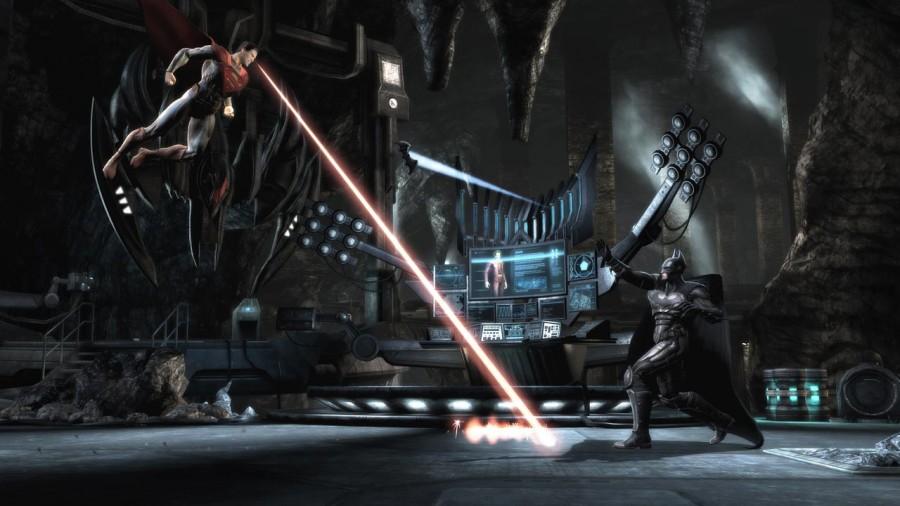 Since the release of 2011’s “Batman: Arkham City,” fans have been clamoring for another videogame that gives their favorite characters justice.

“Injustice: Gods Among Us” is a masterful fighting game that features a massive cast of DC Comic legends. Gamers will be addicted by the rich story that is complemented with the Mortal Kombat fighting engine. Button mashers be warned, this game is not for you.

In the game’s opening movie, Lex Luthor has given the Joker a nuke.

Injustice is much darker than most stories told by DC. The Joker tricks Superman into nuking Metropolis and accidentally killing a pregnant Lois Lane.

There are elements of a role-playing game in Injustice as gamers are able to level up when they beat certain bosses and achieve combos. Try to beat the Joker without using a special attack or super move.

As the story is being told, gamers will be thrown into the action every time there is a fight scene. Anyone who played the 2011 “Mortal Kombat” will pick up the game with ease. Simply replace Sub-Zero with Batman and a gamer will feel right at home.

Injustice is an adaptation of the the comic “Red State” in which Superman lands in Russia instead of the United States. The Russian Superman becomes an evil dictator who punishes anyone that opposes him.

The fighting mechanics are hard to master.

A casual gamer might have a hard time adjusting and a button masher will probably throw the control in frustration. Every stage is interactive and plays a key role in combat. If a player executes a combo it will send the opposing player through the stage and onto another. As hard as the moves and combos are to master, the special moves are easy to execute when the meter is full, a gamer can push two buttons and activate a super attack similar to “Mortal Kombat’s” fatalities but without the blood and gore.

Characters are rich in detail and act like they would in the comic book including Bane speaking Spanish.

This is a rare fighting game. It focuses more on story than fighting. Players looking for a game where they can invite their buddies over for combat will be disappointed. This game is fun but it offers nothing new for the fighting genre.